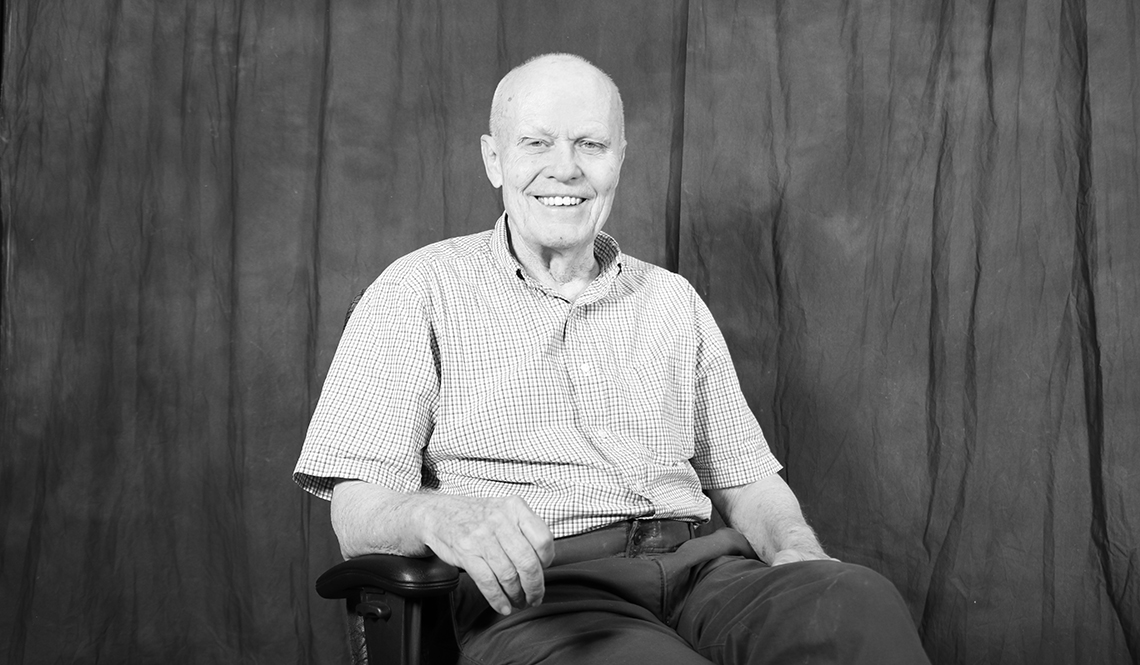 Desire to Serve Leads to 26-Year Career in Air Force

He graduated from the University of Florida in 1963 with a degree in journalism. Though he thought about going to law school, he was drafted into the military and took a commission into the Air Force. His oldest son, Scott, said his father could have pursued law school, but felt a calling to serve his country. Scott says his father’s decision may have been influenced by a friend of Harry’s who died in Vietnam, and because of the fact Harry’s father and great-grandfather served in the military.

Harry went to officer training school for three months, after which he was commissioned as a second lieutenant. Harry and Sally had already met one another working summers at The Cliff House in Ogunquit – he as a bellhop and she as a waitress – and decided to marry and have a family. They have three children: Scott, Wendy and Keith.

Read about more Veterans of the Month >>>

Harry’s 26-year service in the military took the family throughout the United States and the world; Harry

was stationed in Mississippi, Alabama, Virginia, Washington State, at the Pentagon in Washington, D.C., Belgium and finally at Langley Air Force Base.

Scott says his father counts his time as a captain and helping to develop the Airborne Warning and Control System (AWACS) as one of his most memorable times in the military. The program, nicknamed NATO’s “eye in the sky,” came into existence during the thrust of the Cold War. One of the reasons Harry particularly liked working on this project was because he got to work with peers from throughout the world.

Another accomplishment that Harry is proud of is working at Langley on the implementation of a radar and monitoring system, a program comparable to NORAD, but in the southern hemisphere.

Veteran Has Passion for History

Harry has a great love and understanding of history, which Scott believes aided him in his military career. In fact, he believes his father gained a deeper understanding of the nature of NATO through his studies of World War II and the support systems put in place to rebuild Europe.

After the military Harry, worked for Northrop Grumman for 16 years, a global aerospace and defense technology company. After retirement, he enjoyed golf, tennis and fundraising for the Jamestown Settlement in Williamsburg, Virginia. He was also active in the churches where he and Sally resided.

Though Harry didn’t pursue a career in journalism as originally planned, his son says print pieces he contributed to in college on integration were among of some of his father’s greatest non-military contributions.

Now a resident at Maine Veterans’ Homes - Augusta, Harry is its November Veteran of the Month. Thank you for your service, Harry.

Whether you're a Veteran who made a career out of his or her service in the military or you served one day, you are eligible to be a resident at one of our six homes throughout the state. To find out more, download a copy of our free Eligibility Guide >>>