Ronald Such said that from the time he was a child growing up in Fort Wayne, Indiana,

he sought excitement out of life.

As teens, Such and his friends built their own aquatic lung to go diving in the deep, clear Midwestern limestone quarries and even built and launched their own rockets, only a couple years before Sputnik came to be.

“If it wasn’t interesting, I didn’t want to do it,” he said, adding that he was a competitive swimmer in high school and practiced holding his breath underwater for long periods of time. 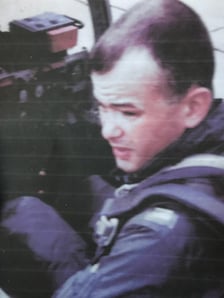 Since it’s a private school, Such worked to pay his own way throughout all four years. Before Such even graduated from the school in 1955, he enlisted in the military. Fort Wayne Air National Guard Station, also known as Baer Field, was nearby, which fueled his desire to be a pilot.

Always the adventure seeker and never one to do something halfway, Such went on to join the Air Force, Navy and Army.

“I found more excitement than I wanted,” he said, laughing.

Adventure in the Air

While in the Army Such attended jump school.

“A quick thrill, that’s all,” he said of jumping out of airplanes. A fighter pilot and always in a single-man craft, Such found himself in a situation where his engine had flamed out, and had to bail out of the plane for real. Doing so earned S 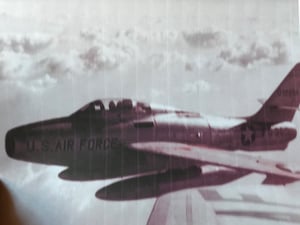 uch his Caterpillar Wings, which are given to a pilot who saved his own life by jumping out of an airplane, using a parachute.

“All of the old time parachutes were made from silk, a product of caterpillars,” Such added.

Such is proud to have flown as a Captain in the F-84F and a Lieutenant Commander in the Navy, flying the A4B, both single man fighter jets. He served throughout Europe and the United States, and was honorably discharged after serving his country for eight years.

As if serving in three branches of the military wasn’t enough, Such graduated from Purdue University in 1962 with a degree in philosophy. He had started school, however, as a physics major, harkening back to his childhood hobbies.

“Physics got boring as soon as I had to study it,” he said, with a laugh.

Flying in This Veteran’s Blood

After the military, Such still yearned to fly, so he joined American Airlines, flying the 727

domestically and A300 on international flights. He retired from American in 1996, after 31 years of service. After retirement, Such didn’t want to step foot on another airplane again and did so only once to attend a class reunion.

Maine, The Way Life Should Be

After visiting areas throughout the United States, Such decided to make his home in New England. On layovers in Boston, he’d rent a car and drive up the coast to enjoy everything the Northeast offered. He and his wife, Sue, lived in New Hampshire and then Maine, where they enjoyed sailing, hiking and skiing. In fact, one of Such’s favorite climbs is Maine’s Mt. Katahdin.

Now a resident at Maine Veterans’ Homes - Augusta, Such has been named Veteran of the Month for February. Thank you for your service, Ron.

Learn about our services >>>

Maine Veterans' Homes is an independent nonprofit organization that cares for Veterans, their spouses and Gold Star parents. Veterans of all branches of the service are eligible for residence whether they served eight years, like Ron, one day or an entire career. Download our Eligibility Guide >>>