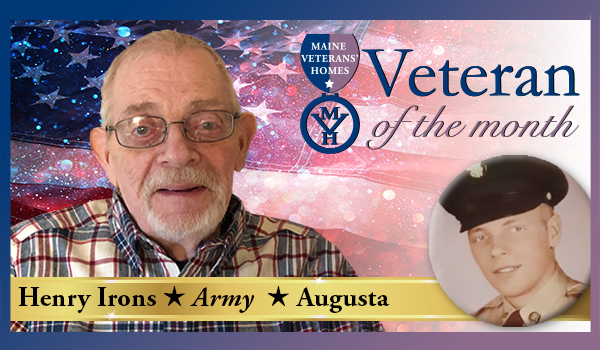 Henry Arthur Irons was born in Washington, D.C., the only child to Henry Sr. and Virginia Irons.

“My parents achieved perfection when they had me. There was no need to have anymore,” he said, laughing, adding that he liked being an only child because of all the attention he received from his parents.

Art and his family moved to Detroit, Michigan, when he was 8. The area left a lasting impression because despite being born in the nation’s capital, he always considered The Motor City home. He’s forever a fan of the Tigers, Lions, Pistons, and Red Wings.

In high school, Art was a member of the Alpha Omega fraternity and worked as a soda jerk at a local drug store. After graduation from Cooley High School in 1955, he worked in various banks as a teller and collector.

“I didn’t have any experience in that sort of work, but I applied and got it,” he said. “My father knew the vice president. I think that helped.”

The Army for Art

It was while working in the banking industry that he met his first wife, Lorraine. They married in 1959; the same year Art joined the Army.

“I wanted to be a Marine, but I was color blind. The Army doesn’t care if you’re color blind,” Art added.

He completed basic training at Fort Dix in New Jersey, then spent about two years in San Juan, Puerto Rico, where he specialized in physical therapy.

“I liked making a difference in the recovery of injured soldiers,” he said.

After serving in Puerto Rico, Art was stationed in Denver, Colorado, where he was greeted by two feet of snow.

“It was quite a drastic change in weather,” Art added.

After four years in the service and a Good Conduct Medal, he and Lorraine settled down in New Jersey, where Art secured a job with RCA. They raised five children: Deborah, Henry III, Thomas, Joann, and Michael. He’s very proud of his children and numerous grandchildren.

In 1986, the company transferred Art to Maine. He and Lorraine were blessed with 53 years of marriage until Lorraine passed away in 2012. About three years later, he met his second wife, Bambi. The retirees lived in the same apartment building in Bowdoinham and met while walking their dogs. The dogs stopped to get acquainted, and so did Art and Bambi.

“I’m a lucky man,” Art said, adding that he had been quite lonely after Lorraine passed. “Meeting Bambi gave me a new outlook on life. I found true love twice in one lifetime.”

Now a resident at Maine Veterans’ Homes - Augusta, Henry Arthur Irons has been named May Veteran of the Month. Thank you for your service, Art.