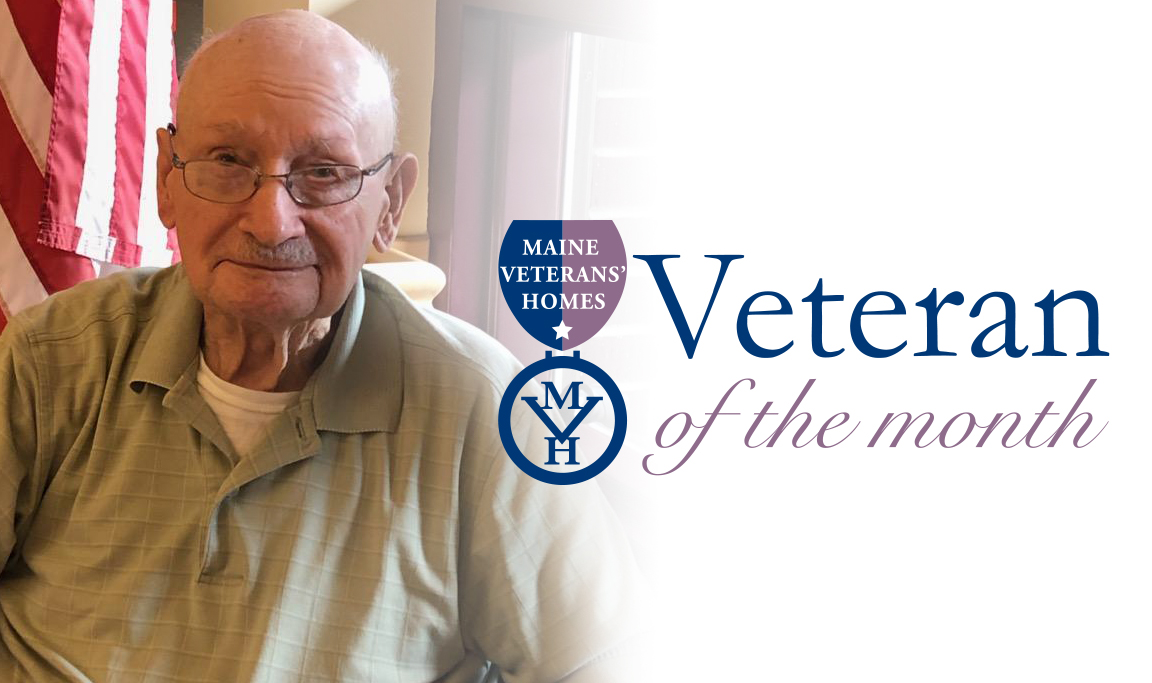 Growing up as an only child in Waterville, James French says it was his duty to serve his country. Right out of high school in July 1944, he enlisted in the Army.

Jim went to boot camp at Fort Devens in Massachusetts. He described his training to become an infantryman as “very hard work.” From there Jim was transferred overseas where he served in Germany and France. He drove a truck and transported supplies that included fuel, clothing, ammunition and more.

“Anything you could think of,” he said.

A Friend From Home

It’s a small world, and it turns out the Jim was stationed with a fellow Mainer and the two ended up becoming very good friends. Unfortunately, tragedy struck when Jim’s friend, a Livermore Falls native, was lost when the truck he was travelling in ran over a mine.

Jim served a year in the Army before it was time to come back home to Waterville. Fuel company F.W. Richardson hired Jim on the spot as a truck driver once they found out that he was a Veteran who had done similar work overseas. He was later employed at an automotive machine shop on Silver Street in Waterville where he learned machinist work on the job. At retirement Jim worked for Kennebec Water and Power Co. as a dam operator.

Jim has three sons, Billy, Robert and Donald, and said he and his wife, Priscilla, had their hands full raising three boys. Jim said he didn’t really have any hobbies, instead, he spent all of his free time with his family.

Now a resident at Maine Veterans’ Homes - Augusta, James French has been named Veteran of the Month for July. Thank you for your service, Jim.

If you served in the military you are eligible for residence at Maine Veterans’ Homes. Our six locations throughout the state also accept eligible spouses of Veterans and Gold Star parents. Plan for your future at MVH >>>