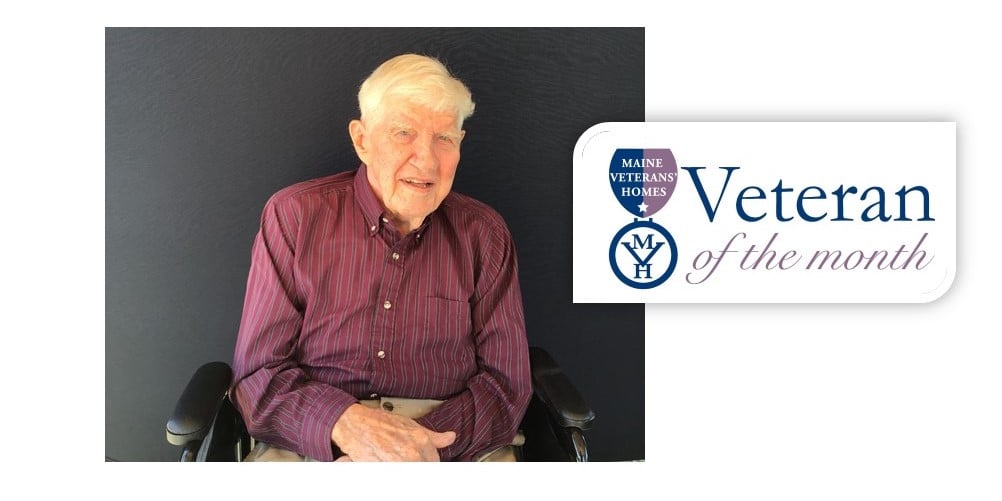 Harold Rush says there’s not a whole lot to do when you’re growing up in a small town. In his case, that town was Benedicta, Maine, population:

The seventh of 11 children, Harold said he was known to “raise a little hell” every once in a while, but mostly, he and his siblings worked on the Rush family farm. They milked cows, hayed, harvested potatoes and more.

Harold and his brothers and sisters attended St. Benedict’s, a Catholic school, and said there were no sports to participate in as his class only consisted of six people. His next oldest brother’s class only included two students.

After high school, Harold enlisted in the Navy and completed basic training in Newport, Rhode Island.

“I enjoy the ocean, that’s why I went into the Navy,” Harold said.

After basic, Harold was assigned to the U.S.S. Shelton, a ship stationed in North Fort, Virginia. Harold recalls that the most interesting place he visited during the military was Rome – “It was a big city, lots of history,” he said.

He served four years in the Navy, mostly as an engine mechanic. When he left in 1954, he went back to Benedicta to work on the family farm. Not long after his time in the service, Harold met his wife at a dance. It being a small town, it’s no surprise that they knew one another from school. They went on to have four children: Pamela, Richard, Robert and Mary. Pamela and Richard both served in the Air Force.

Harold said he didn’t have many hobbies while his family was young, as life with four children was very busy. However, after he retired from Tyler Equipment in Massachusetts at the age of 62, the pace and scenery changed. He uses three words to describe being free from the workforce: Florida, golf and sunshine.

Now a resident at Maine Veterans’ Homes - Augusta, Mr. Rush has been named Veteran of the Month for September. Thank you for your service, Harold.