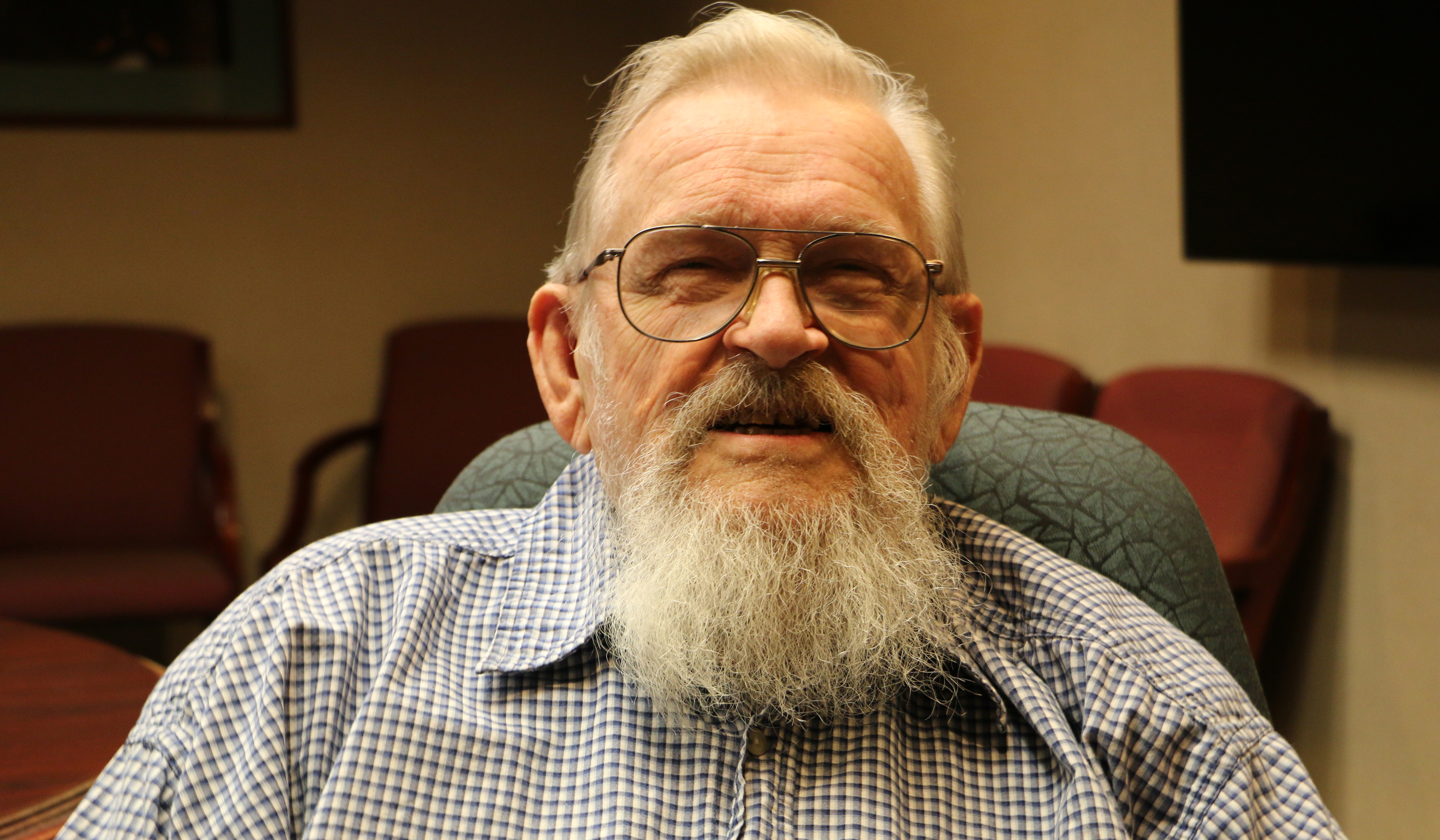 Career Has Veteran Teaching, Boating and Working for Cosmetics Queen

Loyal Spaulding was about 18 years old when he signed up for the Navy Reserve. The year was 1952 and he worked cutting shirt fronts at Hathaway Shirt Factory in Waterville. His father said that if he didn’t sign up for the military, his future wouldn't go further than the factory or he'd end up pushing logs down the Kennebec River for $1.56 an hour. Spaulding figured his father was right and that the service would provide more opportunity.

Spaulding spent six years in the Navy and visited 14 countries. While the Korean War was being waged at the beginning of Spaulding’s time in the service, he wasn’t stationed in the Pacific; he was part of a Northern fleet of ships.

Many good times were had by Spaulding and his fellow Navymen.

“I hadn’t had a drink in my life but nobody on the ship believed it. We’d make bets with the new guys who’d come on the ship,” he said, laughing. “One of the guys would put a glass full of whiskey on the table and a $50 bill; pretty soon there’d be fifties all over the table. I stayed very good friends with those guys.”

It wasn’t long when officers on the ship, and even the captain, heard that Spaulding was good with words – they wanted him to write letters to their wives while they focused on the business of running the ship. Spaulding agreed to do it, but first wanted to read all of the letters the men had exchanged with their wives before so he could get a feel for their relationships and how to communicate without the wives knowing a stand in was writing their letters.

After the military, Spaulding attended both Thomas College and Husson University, accruing enough credits to be a doctor, he said. Instead, he studied education and business and earned both a Bachelor in Arts and a Bachelor in Science.

His first job out of college was teaching high school, all subjects, including type writing. Type writing and eventually keyboarding, became of passion of Spaulding’s, taking many students to state competitions. When students who didn’t have typewriters or keyboards at home wanted to practice, Spaulding thought outside the box.

“I told them to draw a keyboard on a piece of paper and practice the finger strokes at home,” he said.

In teaching students how to type, he said it was important to train them to not look at the keyboard, and to detach.

“Your brain has to communicate with your fingers, but sometimes the brain would get in the way. You’ve got to let your fingers do the job,” he said.

During the 1960-1970s, he heard a commercial on the radio about the school department in Boston needing teachers, especially former military, to help keep students in line. The pay was good, so Spaulding signed up. He said the scene was like a “zoo.”

“There were times when it got a little hairy, but I liked it,” he said.

A Change of Pace

During college, and for summers in between school years, Spaulding worked for beauty magnate Elizabeth Arden in Mount Vernon, where she owned property that she turned into Maine Chance Health Spa. Spaulding worked in the office and said Arden and her staff would arrive in two fancy Cadillacs on the weekends. He also recalls having to keep secret the luxury spa’s wealthy and often famous guests, including Jackie Kennedy.

While not as illustrious, Spaulding also worked for his family’s businesses – Spaulding’s Lobster Grill and a boating business on Messalonskee Lake where Spaulding and his father took tourists sailing and fishing.

Spaulding also spent many years as a tax consultant.

In the early 1960s, Spaulding met Marilyn, a fantastic dancer and shoe factory worker, who would become his wife.

“Before we went out, she wanted to make sure I knew how many children she had – it was four. ‘I said well, I thought it was only three,’” he said, laughing, adding that it didn’t matter.

Spaulding said the fact that Marilyn had children didn’t intimidate him or change his mind about their potential relationship because only a couple years earlier he had decided not to have children – he was born with a genetic condition that affected his eyesight. When he was young, a doctor told him he could be the last carrier of the gene if he didn’t have children, and Spaulding thought that was prudent.

Now a resident at Maine Veterans’ Homes – Augusta, Spaulding is Veteran of the Month for April. Thank you for your service, Loyal.

Loyal enjoys the camaraderie he finds residing with other Veterans. The organization has five other Homes throughout the state and all offer residence to not only Veterans, but their spouses and Gold Star parents. To find out if you or a loved one is eligible, download our free Eligibility Guide >>>