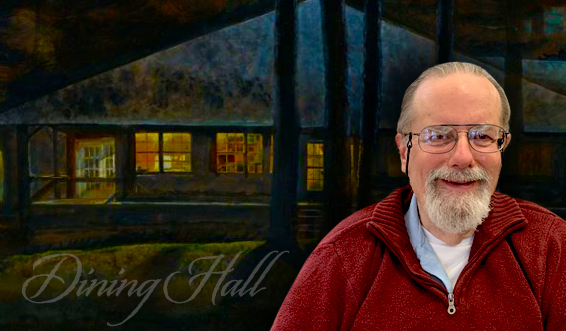 Artist and Navy Veteran Robert Bruce Acheson feels privileged to have been able to pursue his passion in life - art.

Born and raised in Augusta, he also attended Berwick Academy where his two favorite subjects were drama and not surprisingly, art.

In 1963, nearly 16,000 troops were stationed in Vietnam and 19-year-old Robert decided to join the Navy before he could be drafted. After basic training he studied electrical work and eventually attended torpedo school. A self-proclaimed “submarine fanatic” he didn’t get the opportunity to serve on a sub, but did get to do what he said was the next best thing – work with torpedos on a Navy destroyer.

Robert served two years in the Navy and was honorably discharged in 1968.

The Start of a Career in the Arts

After the military, Robert attended the Rhode Island School of Design, 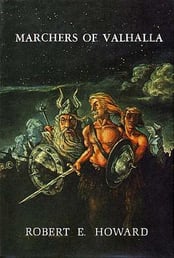 a private arts and design school in Providence, Rhode Island. His natural artistic talent and education landed him a job with Donald M. Grant Publisher, Inc., a fantasy and science fiction publisher in New Hampshire. The company published several pieces by Stephen King, including “Christine” and “The Dark Tower.”

A Google search of Robert's name comes up with a book he illustrated in 1972, “The Marchers of Valhalla.”

Veteran Gives the Gift of Art to Others

Robert is very proud of the six years he spent working at a Maine YMCA camp, teaching art to hundreds of young campers. One piece that he very much enjoyed creating is of the camp’s dining hall.

Also among his favorite jobs was being an artist in residence for a school in Augusta.

Besides the painting of the YMCA camp dining hall, two other pieces that Robert is especially proud of are portraits he completed of Sen. Angus King, when he was governor, and Sen. Margaret Chase Smith.

Additionally, Robert served as a volunteer with the Kennebec Valley Arts Association.

Now a resident at Maine Veterans’ Homes - Augusta, Robert Acheson still loves to paint and draw, and has been named May’s Veteran of the Month. Thank you for your service, Bob.

The robust Activities Departments at our six Maine Veterans’ Homes locations ensure that residents get to enjoy hobbies, passions and pastimes that they liked to engage in before residing at our Homes, along with discovering new ones. That’s why all donations made to MVH, unless specified otherwise, benefit our activities funds. Learn more about fun and easy ways to fundraise for Maine Veterans >>> 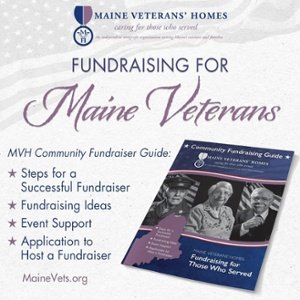