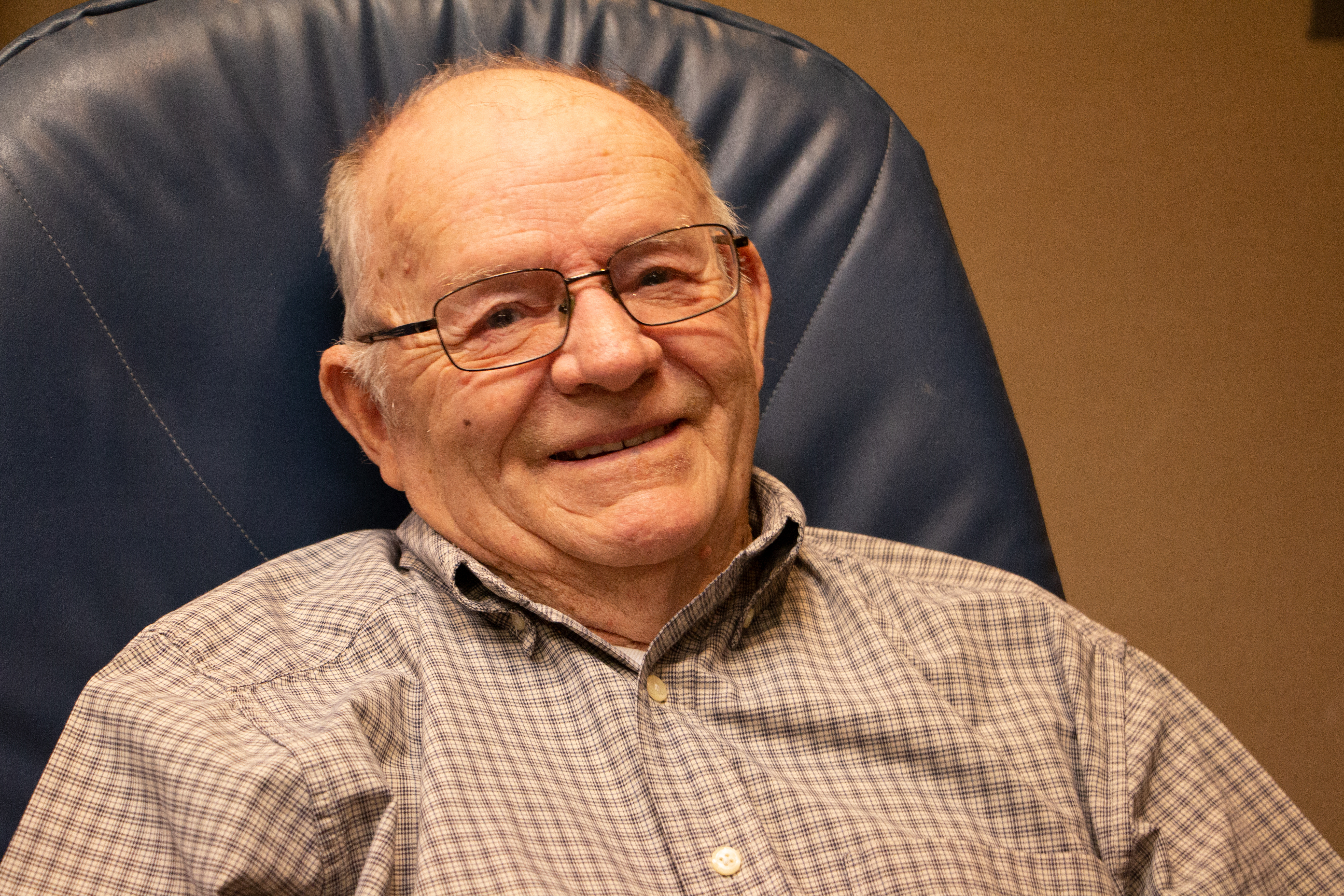 Sumner Glazier Jr., or “Juju,” as he’s been called since childhood, grew up enjoying all that Maine has to offer a young boy – camping, fishing and hunting. In fact, Glazier took part in these hobbies throughout his life and hunted until 88 years old.

A 1948 graduate of Cony High School, Glazier was quite an athlete: he lettered in ice hockey, ran track and was a pole vaulter. The same year graduated high school, he joined the Navy. Glazier’s father had served in World War II and he had uncles and cousins who had served as well. The sixth of seven children, some of his older siblings had also joined the military. 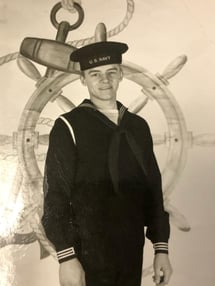 Glazier served four years in the Navy and spent tim

e in Sanford, Florida, and the Fargo Building in Boston. While in the military he found good friends who w

ere religious like him; he even gave communion to the men. When it came time for R&R, he always brought these friends home with him to Maine.

He was honorably discharged in 1952 and the same year, purchased C & S market on Riverside Drive in Augusta. He owned and operated the market for 25 years and sold it in August 1977. He was also a founding member of Associated Grocers of Maine.

In 1958 Glazier married Jean Pulsifer. “She made my heart skip a beat, and she still does,” he said, smiling. They have three children, six grandchildren and nine great grandchildren.

Glazier made a total career change in 1978 when he was hired by the state of Maine as secretary to the Maine Parole Board. He later switched departments and became a health inspector, visiting schools, nursing homes, restaurants and camps.

If you ask Glazier what the highlights of his life have been, he’s sure to tell you about the camp he built in Sangerville, living in his dream home, a log cabin, a fishing trip to Alaska with his son and canoe trips on the Allagash.

Read about activities at MVH >>>

In addition, Glazier served on the board of deacons and board of trustees at his church, was a Mason who served as Master of his Lodge and the coach of a very successful Little League team.

Now a resident at Maine Veterans’ Homes - Augusta, Glazier has been named Veteran of the Month for March. Thank you for your service, Sumner.

A nonprofit organization, Maine Veterans' Homes has five other locations throughout the state besides MVH Augusta. To learn more about our Mission of "Caring for those who served," and if you're eligible for residence at MVH, download free Eligibility Guide >>>