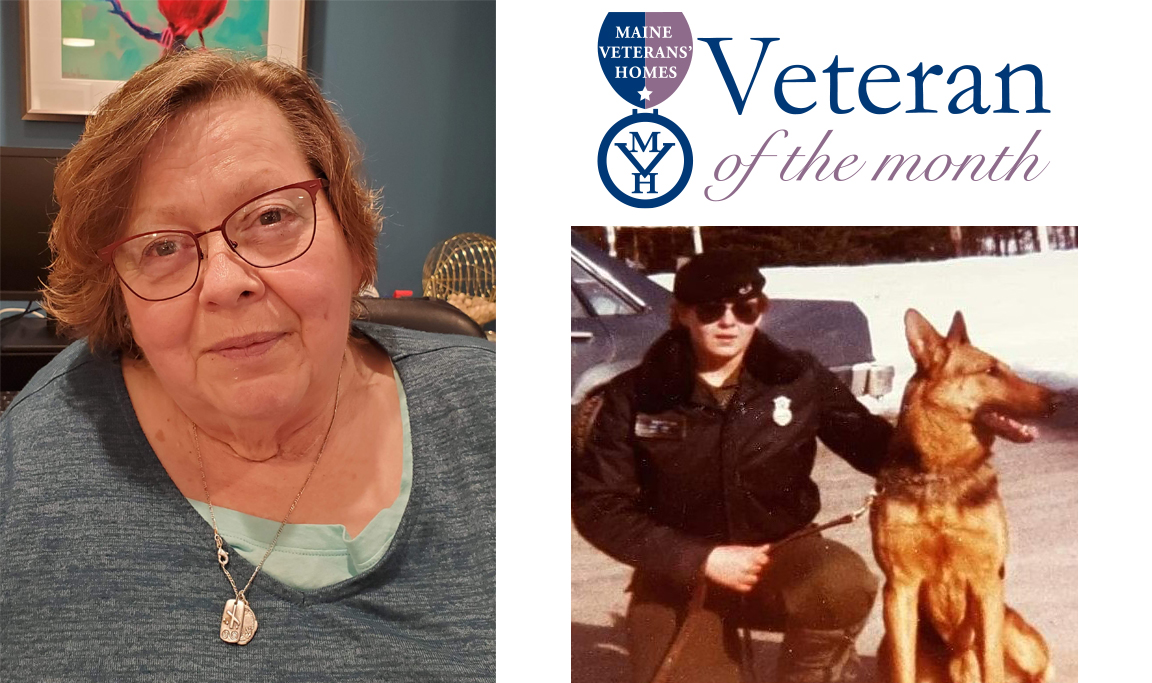 Barbara Hammett was born on June 6, 1956, in Kingston, Massachusetts. After spending most of her childhood there, she and her family then moved to Cape Cod, where she graduated high school.

“I wanted to make a better life for myself,” she explains. “And the Air Force gave me that opportunity. I served for eight years and it was all a positive experience for me.”

Barbara was assigned to Laughlin Air Base in Texas for six months of training in law enforcement work as a canine handler.

Following her training, she was assigned to Loring Air Force Base in Aroostook County. At Loring she worked as a handler for a dog trained to detect drugs at the gate and on patrol through the base.

Military dog handlers generally work with one dog, until the dog retires or the handler leaves the service. Barbara said the bond between handler and dog is very important.

“As a handler, you get very attached to the dogs,” she said. “We’re together whenever we are on duty. I realized just how attached you get when my first dog had to be euthanized.”

Barbara returned to Laughlin Air Base for further training with bomb detection dogs. She was eager to attain as much training as possible with the goal of becoming just the second woman kennel master in the Air Force.

Unfortunately, she was injured after returning to duty at Loring and had to be reassigned to less active duty. She later injured her spinal cord and developed other health issues. Barbara eventually left the military at the rank of staff sergeant.

Maine, The Way Life Should Be

While serving at Loring, Barbara met her husband, John Hammett, a career Airman. Barbara and John have two children, Christopher and Heather.

After John served for a short time in Michigan, Barbara and her family relocated to Maine. She returned to school where she received a degree from the University of Maine, and later an associate’s degree as a dietary technician. She worked at an area hospital and then for 10 years at Maine Veterans Homes - Bangor, where she is now a resident.

“It’s all very familiar here. There are a lot of my former colleagues who still work here at the Home. That makes a real difference,” she said.

During the years that she lived and worked in the greater Bangor area, Barbara was very active in the Hampden American Legion Post, serving at various times as adjutant, secretary and finance officer.

Barbara Hammett is the July Veteran of the Month at Maine Veterans’ Homes - Bangor. Thank you for your service, Barbara.