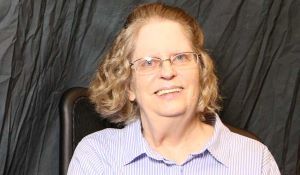 Donna Larson likes to think her service in the military may have paved the way for other female Veterans. When she enlisted in the Army during Vietnam, about 5,000 women served their country; now that number is more than 200,000 Donna, we’d say you definitely did your part.

Born Feb. 29, 1948 in Boston, she was raised by her mother, Margaret Larson, and her grandparents. She grew up in Fort Kent where she attended Fort Kent High School before transferring to Bangor High School, of which she is a graduate. After, she earned her radiologic technology degree from St. Joseph’s Hospital in Bangor.

Veteran Had a Way With Her Patients

Donna enlisted in the Army on July 24, 1969 and served until Oct. 9, 1975, when she was honorably discharged. She was stationed at Fort McClellan in Alabama and also spent time at Valley Forge Army 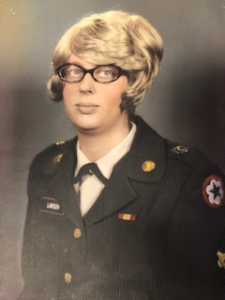 Hospital where she worked as an X-Ray technician. Donna has a great sense of humor and says it was that quality that allowed her to be a comfort to her patients.

While stationed in Butzbach, Germany, she met her husband, who was stationed there in a different unit. They have two children, Jason and Kellie. They have five grandchildren.

After leaving the Army, Donna worked for a company that made boilers. In fact, she was the first woman hired there. Her male co-workers were protective of her, she says, and were very good to her.

As for pastimes, Donna loves to be outside and she used to write poetry. Both of her children live nearby, so spending time with family is what she looks forward to most.

Donna is a resident at Maine Veterans’ Homes - Bangor and is our October Veteran of the Month. Thank you for your service, Donna.