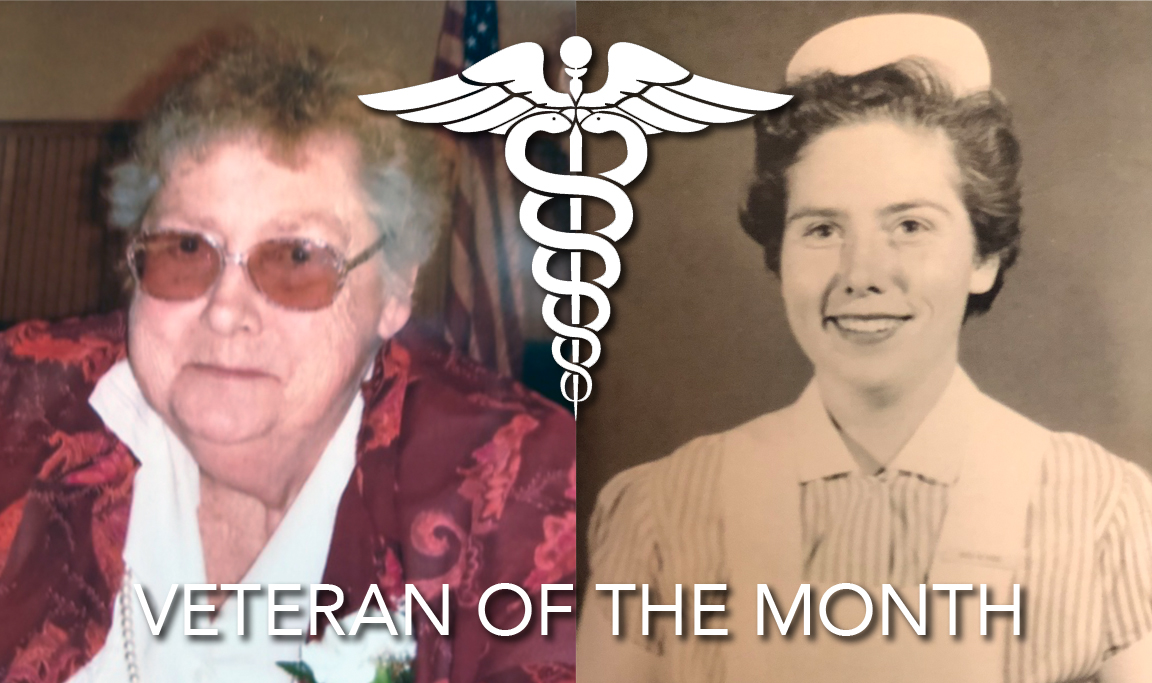 Margaret Whittier was a caregiver from a young age. Her father passed away when she was only 12, which meant she and her older sisters needed to help their mother care for the younger siblings in a family of five children.

Growing up in Tulsa, Oklahoma, Margaret worked at the local Dairy Queen and at a convenience store to help the family make ends meet. In 1954, she graduated from Daniel Webster High School and went on to college to study nursing. At the time, she was the only member of her family to pursue post-secondary education.

During her senior year in college, she enlisted in the Army. In 1957, Margaret graduated from Hill Crest Health Center Nursing School. Afterward, she was offered a commission in the Army. She advanced from Private to a First Lieutenant and was stationed at Fort Sam in Houston, Texas, where she worked as a nurse at an Army hospital.

After serving about two-and-a-half years and earning a National Defense Award, Margaret decided it was time to settle down. She wouldn’t quite leave military life behind, however. She married Robert Whittier, who was in the Air Force. Margaret went on to work as a civilian nurse in several hospitals as they traveled across the United States with the Air Force.

The couple lived an active life in the Air Force and raised three daughters. Margaret stayed home with the girls during their early years growing up, but she eventually went back to work as a nurse. She served others in several ways: in labor and delivery, med surgery, the ER, and then as director of nursing at a long-term facility in New Hampshire. She was loved and respected in all of the many roles she held.

When Bob retired after 23 years in the Air Force, the family settled in Maine. It was here that Margaret pursued a career in mental health, and she became a psychiatric nurse. She began working at Bangor Mental Health Institute and eventually went into private practice with a psychiatrist. Margaret spent the last 20 years of her career in this field.

Margaret touched so many lives, and up until her passing this summer received cards and letters from her former patients. When asked what she loved most about being a nurse, Margaret didn’t hesitate to answer – “the people. I enjoyed caring for other people.”

Margaret and Bob were married for 61 years before she passed away, and they enjoyed their six grandchildren and ten great-grandchildren.

Margaret has always been a loving, caring, and compassionate individual. She was not only a role model for her family, but to everyone who had the opportunity to work with her. She continued to show compassion and love as a resident of Maine Veterans’ Homes - Bangor.

Margaret Lou Whittier has been named Veteran of the Month for September. Thank you for your service, Margaret.