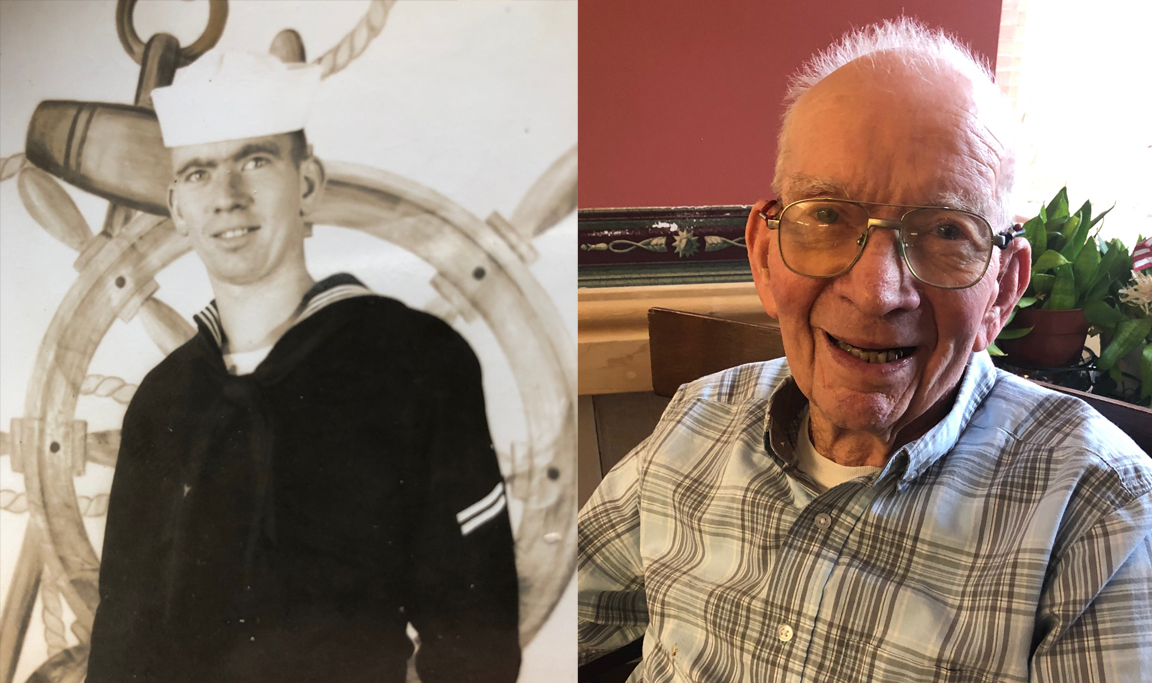 David Honey Sr. grew up in the small town of Aurora, Maine, and had big dreams about his future. David left Lee Academy high school early to work in the woods of Maine, while at the same time earning his GED. 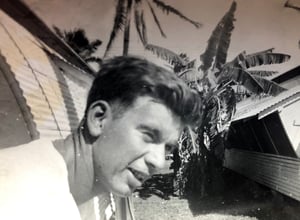 In 1950 he enlisted in the Navy, securing the future that he dreamed of as a youth. He was stationed at Naval Station Great Lakes in Illinois when a family member encouraged him to tell the Navy that he wanted to be a cook. When David told his supervisor that he wanted to be a cook, he learned a little bit about how things worked at boot camp. He was told, “The first thing you’ll learn is to shut your mouth and listen. You’re going to be a Seabee.” And just like that, David learned to be an electrician, which would come to serve him well throughout the years.

Put to the Test

After training, the Navy ordered David to take a train from Illinois to San Francisco, and

then a boat to Guam. He served as a Construction Electrician’s Mate, 2nd Class, and while there, installed electricity on the island.

“There were no poles to put the electricity on, so we had to cut our own,” he said. “We had to use mahogany, and the poles rotted in three years, but at the time, it served its purpose.”

David served four years in the Navy, and on his departure, made it his priority to find a wife. He met Carolyn Grover at a country dance, they married and made their home in Great Pond. They raised two children, Brenda and David. Jr. and were happily married for 52 years.

The skills David learned in the Navy as an electrician came in handy after the military. He worked as a manager for Union River Electric Co-op and later Swans Island Co-op. David also became a licensed plumber.

After retirement, David wanted to stay busy, so he became a part-time real estate broker and later founded Honey Real Estate in 1972. Feeling fortunate for the life that he had created for himself and his family, he took great pride in helping others realize their dream of owning a home. He worked until the age of 92.

Now a resident at Maine Veterans’ Homes - Bangor, David Honey Sr. has been named Veteran of the Month for January. Thank you for your service, David.