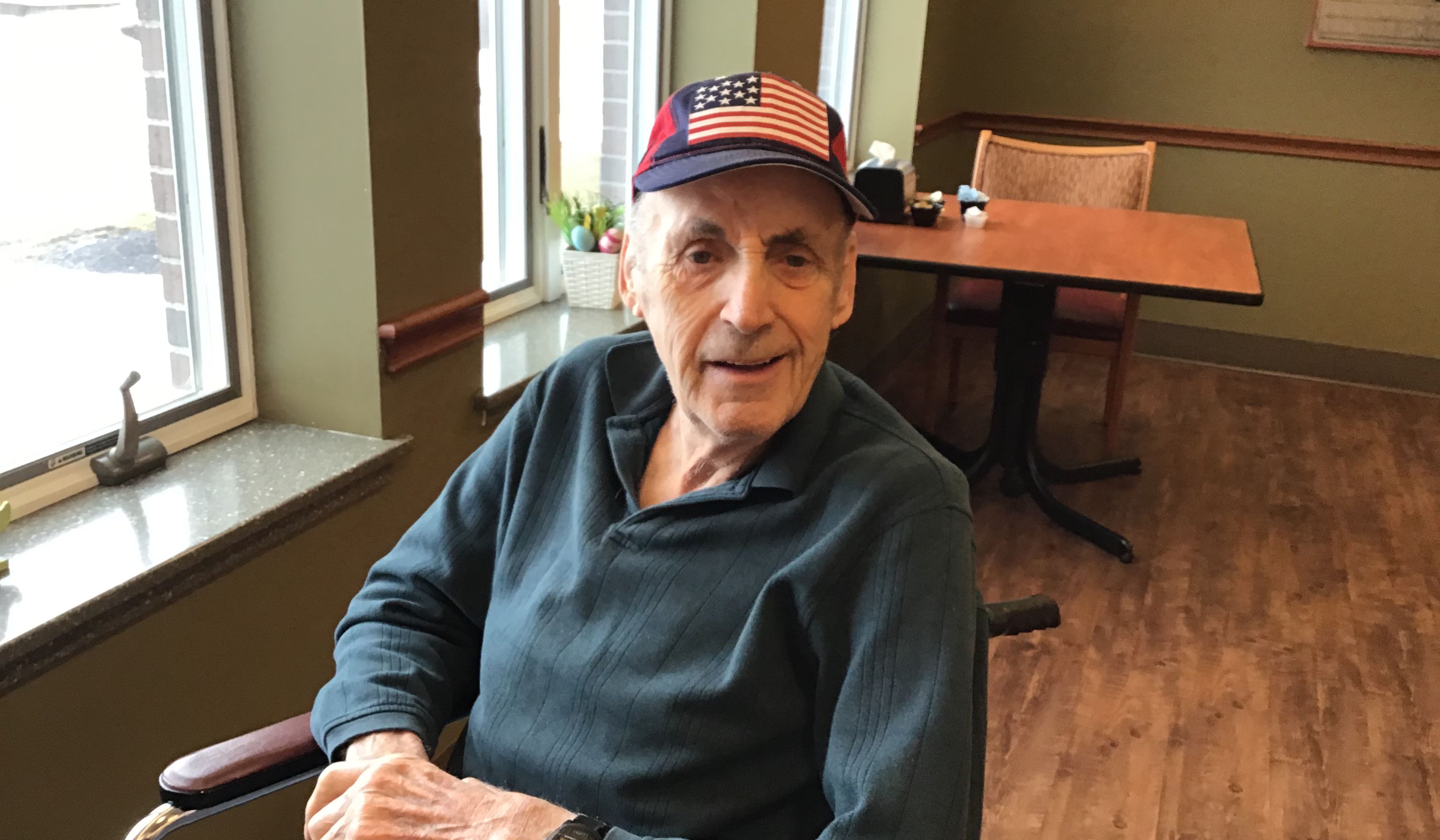 The youngest of seven boys growing up in Aroostook County, Elmer Donald Nadeau and his brothers worked in the Maine woods to help support their large family, including their parents and five sisters, who resided just outside of Caribou. The Nadeau boys and their father, Joseph, hauled logs to the railroad that were then shipped to factories that produced paper. The salary they earned from the wood business, he said, ultimately went to support the family farm.

Elmer’s father and mother, Agatha, created an environment for their 12 children that was loving and that fostered close relationships throughout their lives. It can be funny what you remember from childhood, however.

Clear as day, 8-year-old Elmer remembers walking to school with his next oldest brother (by 10 and a half months) when their clowning around resulted in Elmer losing a tooth.

“He turned around and punched me right in the mouth,” Elmer said, laughing.

Elmer attended high school up to his sophomore year, but left school to work for the family business full time until his early 20s. At the age of 22 Elmer moved to Connecticut where he joined an Ironworkers Union and found a good career in the construction of steel buildings. A year later, however, on May 17, 1965, he was drafted into the Army. After boot camp he went into the 82nd Airborne Division and trained to become a paratrooper.

His eight-week basic training was spent at Fort Dix in New Jersey. He then entered into an advanced training program where he learned how to be a mechanic. After more training at Fort Bragg in North Carolina, Elmer was sent to the Dominican Republic where he was stationed for 10 months.

Elmer recalls only one instance where he felt in danger. He was repairing a wheel bearing while someone else was supposed to be keeping watch.

“A rebel came by and threw a big brick at my shoulder,” he said. “I took off running after him, determined to catch him. He was running down the street and then went down a dark alley.”

Elmer gave up the chase and never reported it.

“Paratroopers were considered tough and trained heavily to defend themselves, so you didn’t complain or report any minor wounds that would prevent you from doing your work duty.”

If he had reported it, the man on watch would have gotten in trouble for being distracted and not watching over Elmer.

“I told him, in a not so nice manner, that I wouldn’t report him, but to never let it happen again,” he added.

After being stationed in the Dominican Republic, Elmer served another 10 months at Fort Bragg. He was eager to see a particular sergeant who’d help train him.

“He was a colorful character; jovial, easy to get along with,” Elmer said. “When I came back, I found out he had been sent to Vietnam and never came back. I was looking forward to seeing him again, so I really felt bad when I got the news.”

A Romance Meant to Be

While still in the military, Elmer’s brother in Connecticut wrote him to say that his sister in law, Linda, who wasn’t dating anyone, might make a good match for Elmer. He sent a picture to her of himself preparing to parachute out of a plane and she sent a photo of herself. They talked on the phone and wrote letters before they decided to meet the next time Elmer was in Connecticut. He had some reservations, though. He was already involved with another girl, which is why he was surprised when he arrived back in the Northeast to find that she had married someone else. It turned out to be a good thing, however. About four months later on a Thanksgiving weekend visit, Elmer proposed. They married the following May by a justice of the peace and six months later were married in a church by a priest in Bristol, Connecticut. They celebrated their 32nd wedding anniversary before she passed away in 1999.

Elmer and his wife stayed in Connecticut until 1975 where he worked as a carpenter and handyman. The two went back to Aroostook County where he joined the American Legion, and then the V.F.W. He also went back school at the age of 30 to earn his GED. In 1981 Elmer jointed the Caribou Army National Guard and served until 2004. He credits these organizations for meeting many cherished friends.

Elmer, now a resident at Maine Veterans’ Homes - Caribou, is Veteran of the month for April. Thank you for your service, Elmer.

Mr. Nadeau finds camaraderie while living among fellow Veterans at MVH, similar to the friendships he formed with membership in the V.F.W. and American Legion. If you or loved one are seeking care among people who also served their country, download our free Eligibility Guide >>>