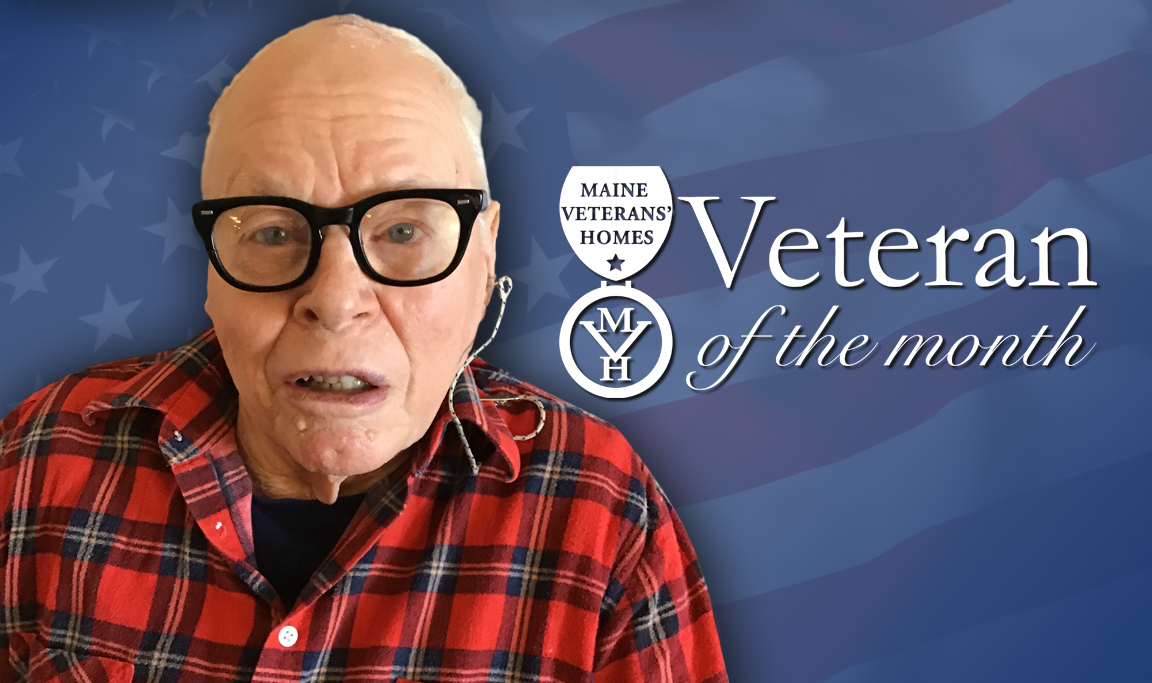 Richard Ketch said one of his life's most treasured accomplishments was helping his mother and father with his six siblings when growing up in Caribou.

With Herbert Ketch deployed in the military, Hope indeed had their hands full with the large family, and as the oldest, Richard was happy to do his part.

"We were a very close family," he said. "We loved one another greatly."

Richard considered himself quite the athlete in his youth. He enjoyed baseball, basketball, and outdoor sports. He also loved hunting and fishing.

One of his fondest memories of childhood is going into the woods to procure the Ketch family Christmas tree.

To Fort Dix, He Went

After high school, Richard worked in the Maine woods with his grandfather, cutting and hauling logs. He was drafted into the Army in 1955 and left home for the first time to complete basic training in Fort Dix, New Jersey.

"It was quite tough and strict," he said, "but that didn't bother me."

Richard served at Army bases, Fort Knox in Kentucky and Harmony Church at Fort Benning in Georgia, where he worked as a tank mechanic during the Korean War. Specialist Third Class Ketch even received a marksmanship award during his two years of service.

Richard said he wouldn't change anything about his time in the military.

"I am proud of my country today, and I was back then," he said.

After the military, Richard married his wife, Dorcas, and they went on to have a daughter, Lynn. He's delighted to have a granddaughter and great-granddaughters.

When Richard's family was still young, they moved to Alaska, where he had been offered a job building the pipeline, but it wasn't long before they came back home to Caribou. He continued to work in as both a woodsman and builder until retirement.

His most loved hobby is his precious motorcycle for the sense of freedom. The wind through his hair is a feeling he can never forget. Even when no longer able to ride, just having it parked where he could see it was enough.

Now a resident at Maine Veterans' Homes - Caribou, Richard Ketch has been named Veteran of the Month for January. Thank you for your service, Richard.

If you served in the military, are a military spouse, or Gold Star parent, you may be eligible for residence at Maine Veterans' Homes. Learn more about planning for your future at MVH >>>