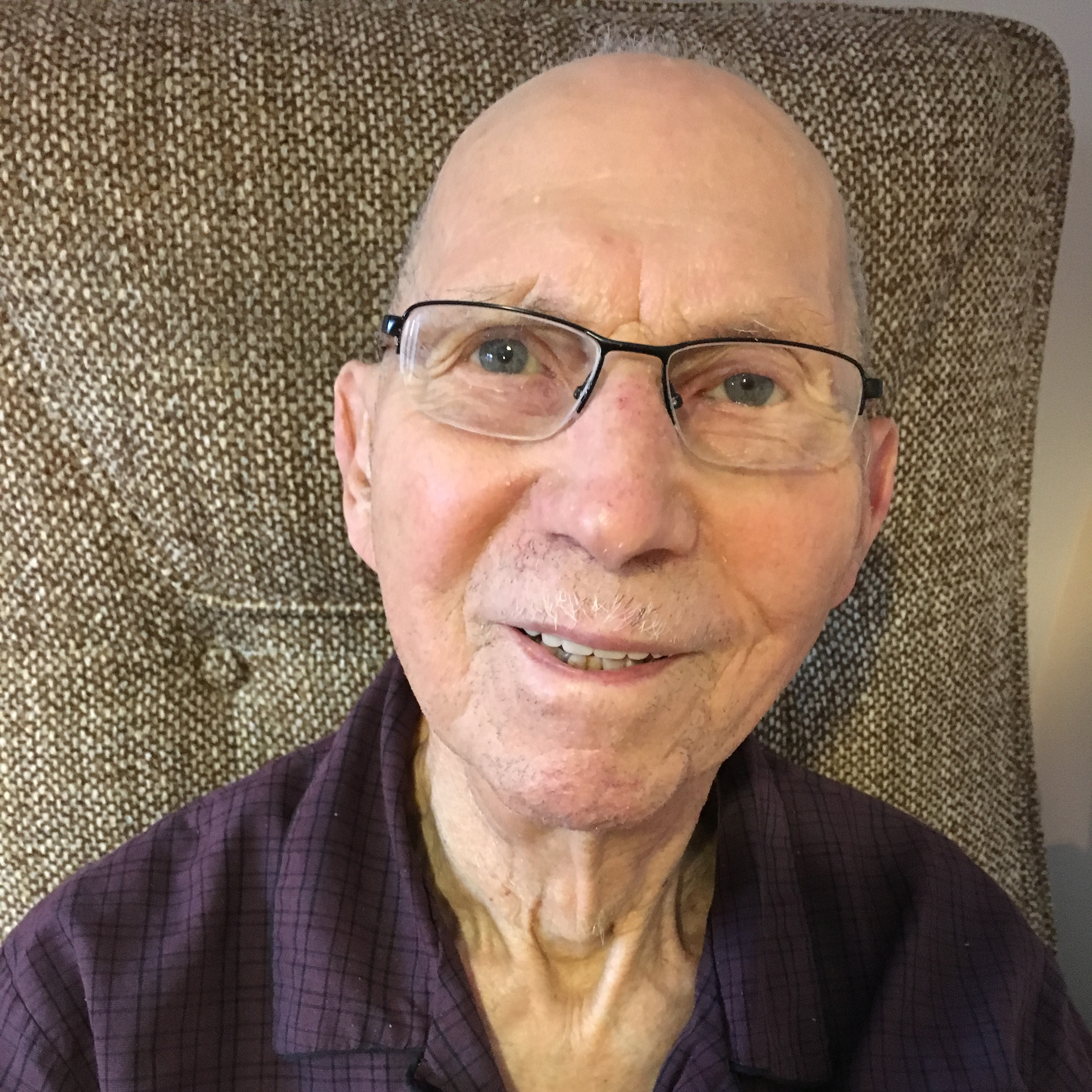 From soda jerk to Army staff sergeant and mill worker to pharmacist, Rosaire Blanchette is the first to say that his life has been blessed.

Born in Fort Kent on Oct. 18, 1923, to Emma Pelletier and Fred Blanchette, Rosaire hails from the St. John Valley of Aroostook County. He grew up in the northern tip of the state that borders the provinces of Quebec and New Brunswick, Canada, which would come in handy later in life when it came to being familiar with the French language.

Rosaire is the oldest of two siblings; he has a younger sister. Fred, Rosaire’s father, was a member of the crew that worked to build the original Madawaska-Edmundston International Bridge between the United States and Canada, replacing a cable ferry that was the original method used for travel. After construction of the bridge, Fred worked for Frasier Paper Company, known now as Twin Rivers.

Rosaire’s mother was often not well enough to attend to household chores and he remembers having housekeepers in the home. On her good days, Rosaire’s mother and her family would enjoy one another’s company while singing, dancing and playing music.

Growing up, Rosaire liked Sundays the best. His father would return from the backyard chicken coop with a fat, freshly dressed hen to go in the roaster for dinner. The family would gather, feast and afterward, sing and play music. Rosaire memorized many songs and hymns and he breaks out in a laugh when he talks about how he’d sit on the back porch steps and regale neighbors on long summer evenings, belting out songs he had picked up from his musical family.

As a young man Rosaire worked as a soda jerk at Parent’s Drugstore in Madawaska; his first job working in a pharmacy. Rosaire gets very animated when he describes this role – he created soda fountain treats with flare and charm!

As time went on, Rosaire became more involved in helping the neighborhood druggist with everyday tasks and also learned about the process of combining, mixing and altering ingredients to create a medication tailored to the needs of an individual patient. While assisting with customer service and delivery of prescriptions, Rosaire noted how a patient having medications filled for treatment of their medical needs was dependent on the druggist to help them understand how to take care of his or her health.

Rosaire was drafted into the Army in 1942. After basic training in Salem, Oregon, Staff Sergeant Blanchette was assigned to receiving supplies for advancing troops. He also kept records of inventory and distributions and traveled on cargo ships to deliver these supplies to military battleships during the war.

“There were three of us boys from Madawaska on the same cargo ship traveling to France, Scotland and England. Because of my French speaking abilities, they wanted to learn a couple of French phrases before we docked in France,” he said.

Rosaire’s least favorite part of the assignment was traveling via freighter boats.

“There wasn’t anything between us and the possibility of being hit in the event of an attack,” he said. “We were without means to defend ourselves.”

France was Rosaire’s favorite country of all the places he traveled. He said it was very picturesque, especially the French Riviera, also known as “La Côte d'Azur.”

He returned home in 1946 and went to work at Fraser Paper Mill.

“I would pass by the Drugstore daily,” he said. “I would stop in and Mr. Parent would frequently ask me about being a pharmacist. I would always find a reason in my answer back to say no to pursuing a career in that field.”

Rosaire married Blanche Marquis in a grand affair at the Cathedral of Immaculate Conception in Edmundston, Canada. In fact, it was a double wedding; Blanche’s sister was married the same day.

Soon after, Rosaire took Mr. Parent up on his offer to become a pharmacist. He continued to work days at the mill and completed studies in the evenings. Mr. Parent helped his young protégé by providing a quiet place for him to study.

Rosaire says his life has been full of blessings.

“My wife Blanche had a way about her that made everyone feel special. We never argued. Early in our engagement, we went out to a sports club, there we met up with some of my Army buddies. I had a bit too much to drink and behaved in a way that Blanche didn’t like,” Rosaire said. “She handed me her engagement ring. The next day I went to see her and returned the ring to her; we never said a word more than that. We had an understanding. I didn’t drink after that, and she and I never argued.”

Rosaire and Blanche went to have a large family; five boys and three girls. They were involved in the church and parish. Rosaire was a member of the parish council and Blanche played the piano. They both take pride in that their children were raised in a Christian home.

“We always found time to involve them in what we were doing,” Rosaire said.

As a pharmacist, Rosaire found that his career was an opportunity to be helpful to those who were sick and needed reassurance about their care. He very much enjoyed the relationships he had with his customers.

Now a resident at Maine Veterans’ Homes - Caribou, Rosaire has been named January’s Veteran of the Month.

“I’ve seen a lot. I been around and I’ve done all I’ve wanted to,” he said. “Now, I’m content to be in this very nice place with the things that make me comfortable.”

Thank you for your service, Rosaire.

Maine Veterans’ Homes is a nonprofit organization that has six homes throughout the state that care for Veterans like Rosaire. We also care for their spouses and Gold Star parents. To learn more about becoming a resident at MVH, download our free Eligibility Guide.