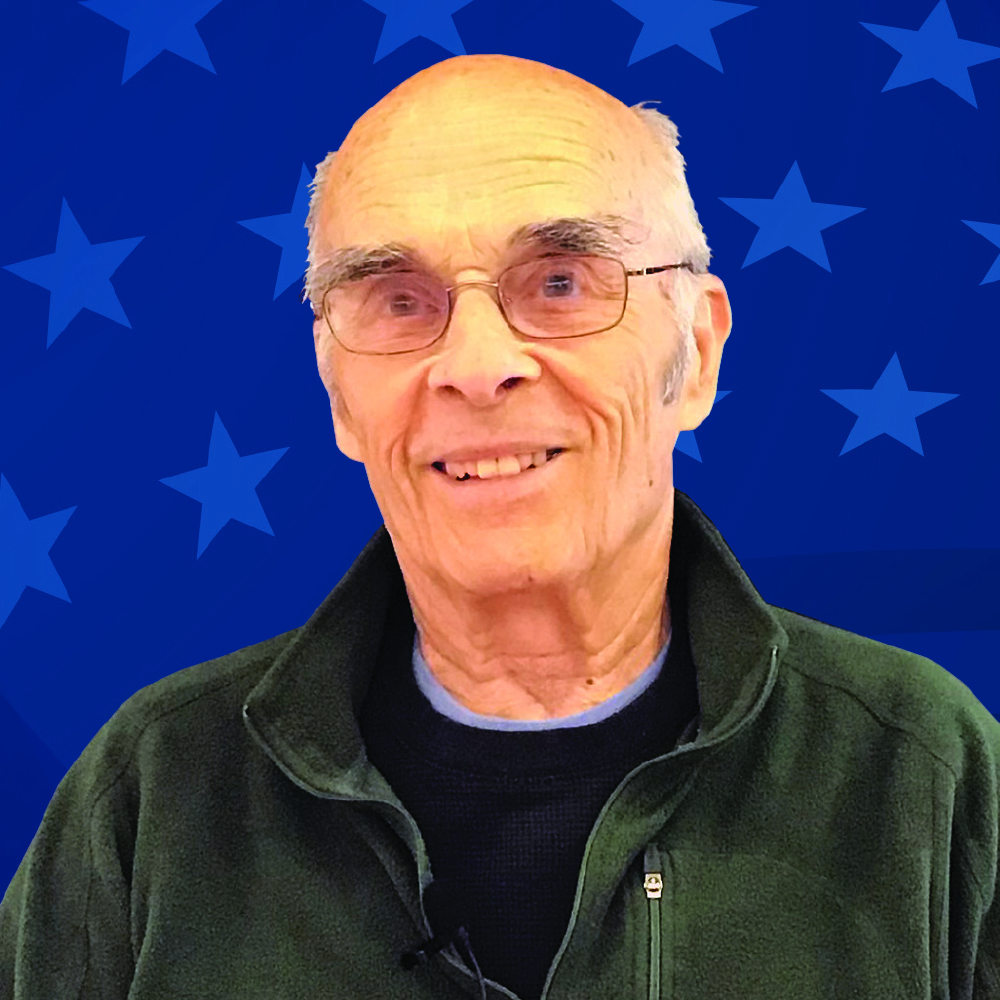 Duke Blue Devel Goes On To Be Naval Pilot

Born in Cincinnati, Ohio, Bruce W. Benson fondly remembers his childhood spent with brothers Daniel and Edward Jr. Bruce looked up to his older brother Edward and described him as a "leader, great baseball player and a fantastic guy." Edward proudly served his country as a paratrooper in the Army during World War II. Tragically, he was killed during combat in France.

Bruce’s father, Edward Sr., worked for Bethlehem Steel in Ohio, and the family lived in various locations throughout the state, including Dayton, Ohio, where Bruce attended Fairmont High School. Bruce was a great athlete in his own right. When he wasn’t conditioning for the upcoming high school sports season, Bruce worked on the “road gang,” but it’s not what one might think –  he explained that high schoolers were hired during summer vacations to tidy up the roadsides.

Upon arrival at the Duke campus, he met some students on the lacrosse team. They gave Bruce a stick, and he found a new love. While at Duke, Bruce not only played lacrosse, but he also completed the ROTC program and trained to become a pilot. He served in the Navy as a pilot from 1960 to 1963.

When asked what his flight training consisted of, Bruce laughs: “Take off, land, and stay alive.” He and other pilots would often say, “Don’t get low and slow in groove – in other words, don’t stall out right over the water and don’t crash. We were pretty well trained in how to stay alive.”

After he left the Navy, Bruce continued his education at Georgia Tech, graduating with a Bachelor's and Masters in Mechanics Engineering. Bruce worked as an Engineer for the U.S. Government and Trident Engineering, where he specialized in vehicle accident reconstruction.

Bruce never stopped loving being a pilot – he owned a plane and even started to build one in his basement. He still thinks about flying often and says it made him feel free in a way that he could never feel with two feet on the ground.

“I imagine myself soaring through the air. It was quite thrilling to be a military pilot.”

A resident at Maine Veterans’ Homes - Machias, Bruce Benson is the Heroes Calendar Veteran for April. Thank you for your service, Bruce.