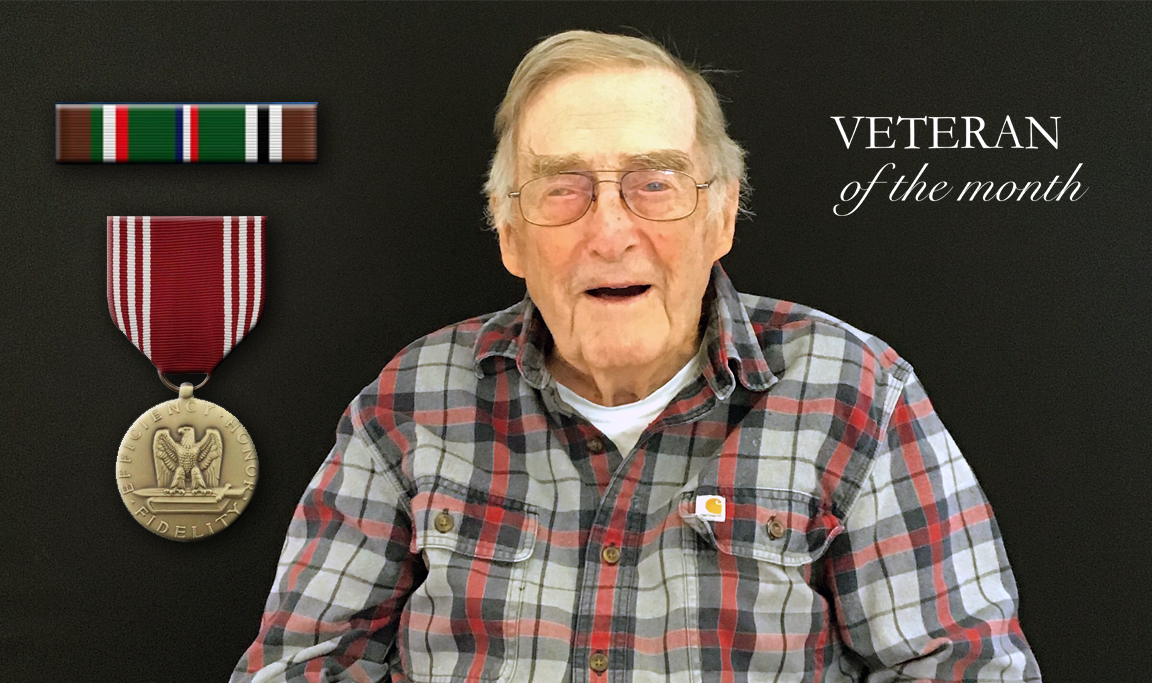 Claude Morrill Scribner grew up in Topsfield, one of five siblings: Jackie, Maude, Richard and Roland. His father, Harry, was a World War I Veteran and passed away when the children were young as a result of an injury sustained during the war. Claude’s mother, Flossie, went on to raise the children with the assistance of Harry’s parents.

When he was a youngster, Claude recalls swimming and fishing with the older boys during summer. He often brought home fish for his family to cook for supper and remembers enjoying the winters by sledding with his siblings.

Claude attended Lee Academy where he excelled in cross-country and was on the first-ever state championship basketball team in high school. The banner still hangs in the gymnasium. During high school he worked on his uncle’s farm in Waite, cutting wood, and he also worked for Malletts Mill for his good friend and owner of the mill, Lloyd Mallett. Claude graduated from Lee Academy in 1942 and continued his employment at Mallet’s Mill until his enlistment in the U.S. Army in February 1943.

Claude was stationed in England and then France while receiving sharpshooter training. He received the Good Conduct Medal and the European-African-Middle Eastern Campaign Ribbon. After leaving the military in November 1945, Claude returned home and resumed his position at the Malletts Mill.

On December 24, 1948, Claude and Charlene (Blake) Scribner were married in Lee. The couple have three children, Rick, Jane and Claudette. Claude continued to work in the woods and for Malletts Mill throughout his married life. In the 1960s he and his wife, along with five other couples, purchased land in Lee where they cleared the “local hill” and built and operated the Mount Jefferson Ski Area for many years.

Four seven years in a row during the 1970s Claude, Charlene and a group of friends vacationed in Newfoundland. They would go for two weeks to a month each year and fish for brook trout and sightsee.

Service to the Community

In the 1980s, after Claude retired, he and a group of friends restored Mallett Hall (it had been vacated in the 1960s) into a community center for the town. Each of the friends chose a room to decorate with their own personal touch. Claude also enjoyed his retirement years boating and ice fishing the local hot spots with three close friends: Paul Blake, Arvon Bowers and Red Carlow.

Claude’s hobbies have included hunting, or in his words “looking for game mostly,” and traveling with his wife. He has six grandchildren; his son Rick has two children, Robbie and Andy; his daughter, Jane, has Bart and Sterlyn; and his daughter Claudette has Carol-Ann and Jake.

Mr. Scribner has been named Veteran of the Month for September at Maine Veterans’ Homes - Machias. Thank you for your service, Claude.