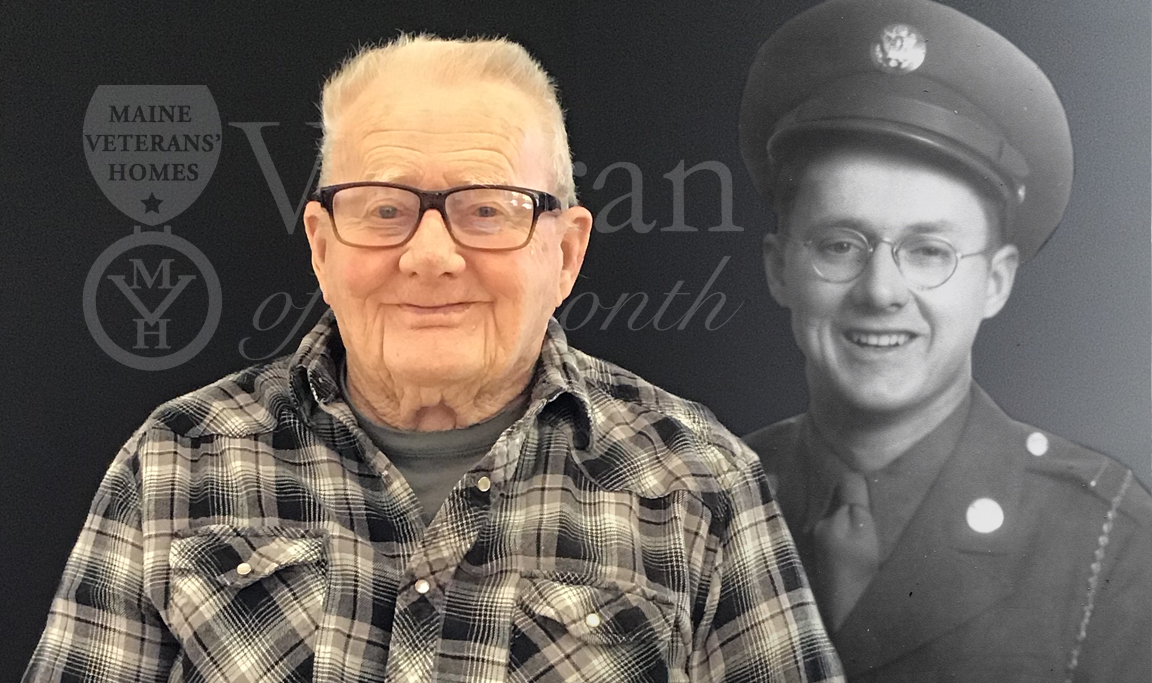 Ira Hallowell was born in Thomaston, Maine, but he and his three siblings grew up in the southern part of the state in Portland, where their father worked on a tugboat. Their mother was often sick, but Ira said she did what she could to tend to the home and family.

“I was in the middle, my two brothers on each side. I was soaked! I sure did get hell when I got in the house,” Ira said.

Ira graduated from Dennysville High School in 1942 and went to Rockland to work with an uncle, building boats. Later that year, he was drafted into the Army.

After basic training, Ira took a ship from California to Australia, where he was a telephone operator until 1945, when World War II ended. He went back to Edmunds, where he married Ruth Crosby from his hometown. They went on to have three children: Donald, Dale, and Betty. Both boys served in the Navy.

Ira worked many years for his father’s business, Hallowell’s Lumber, and retired from there at the age of 62. In retirement, Ira loved to dance, a pastime he picked up in his youth. He also worked on his harmonica playing skills and yodeling abilities – he picked that up in his youth, too, and used to yodel to the cows.

Now a resident at Maine Veterans’ Homes - Machias, Ira Hallowell has been named Veteran of the Month for October. Thank you for your service, Ira.