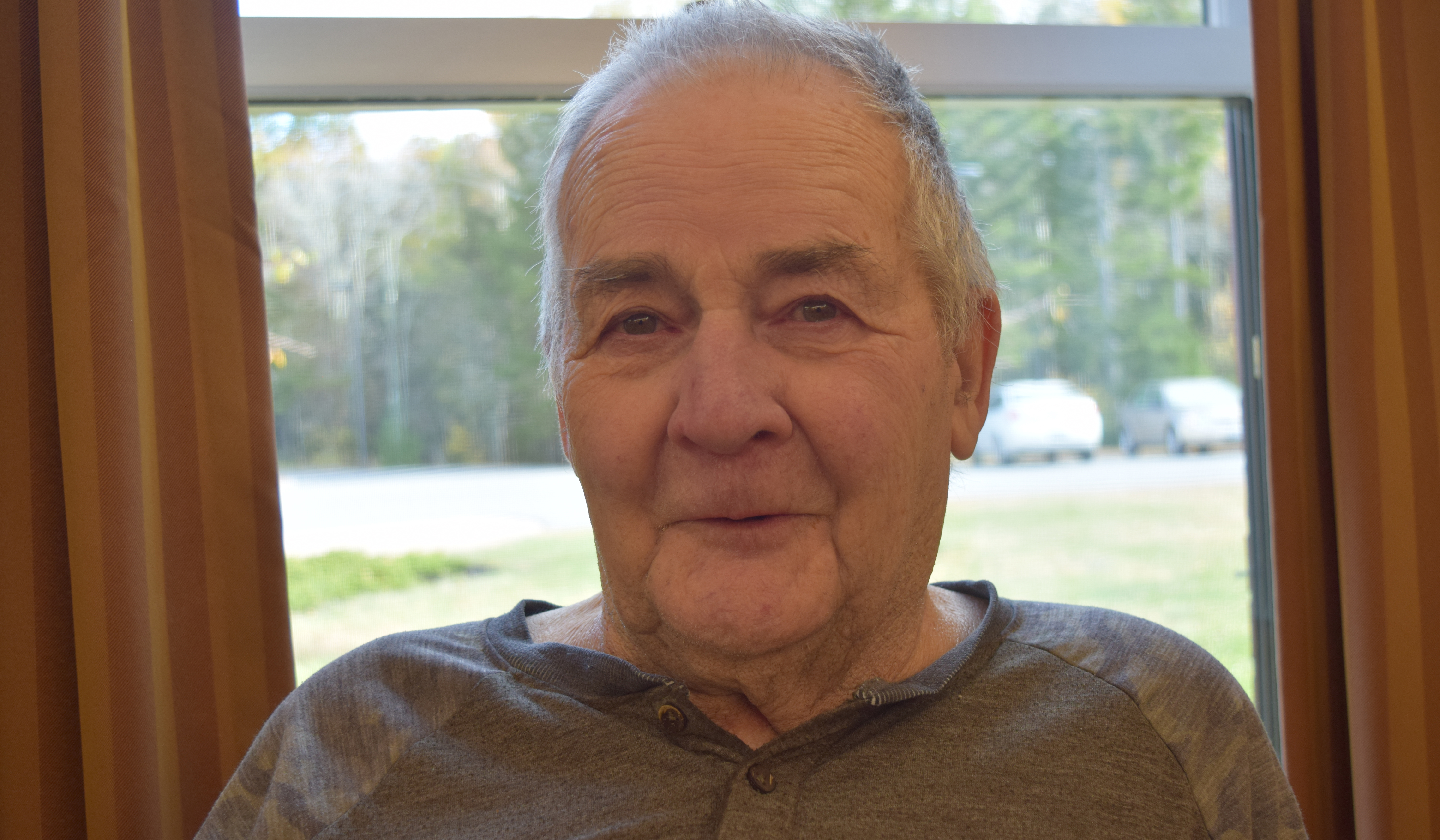 Born in East Machias to a hardworking family of dairy farmers, Leoniel “Bud” Holmes worked from a very young age. Besides chores, he sold newspapers out of a wagon as a child and left high school as a sophomore to help his family support the farm.

At the tender age of 18 Bud was drafted into the Army during World War II. He served from 1946 to 1947, earning a Victory Medal before being honorably discharged. He was eager to get back home to Downeast Maine where he could work in the outdoors. A laborer and truck driver, Bud worked for St. Regis Paper Co. until it closed.

Again he was drafted into the Army, this time for the Korean War where he served from 1951 to 1953.

After seven years of dating a local girl named Betty Durling, the two were married in 1957. They went on to have six children - also hard workers who loved to spend time outdoors. Bud worked nights and weekends and while he was away delivering the wood, his sons would load the wood truck for his next delivery. He charged $28 for a cord of wood.

After retirement, Bud continued to spend time with his first love - the outdoors. Every day, early in the morning, Bud would start at the Bluebird Restaurant for coffee and end it with a slow ride to the wharf to watch boats come and go.

Bud is best known for being an honest, hard working man who never took a day off unless it was to attend an animal auction – mostly cattle, and his wife is proud that their children have all followed his footsteps when it comes to their work ethics.

Now a resident at Maine Veterans' Homes - Machias, Bud is Veteran of the Month for April. Thank you for your service, Bud.

The six Maine Veterans’ Homes locations throughout the state accept eligible Veterans whether they served during war or peacetime, were drafted or enlisted or served one day active duty or dedicated their entire careers to the military. To find out if you or your loved one are eligible, download our free Eligibility Guide >>>