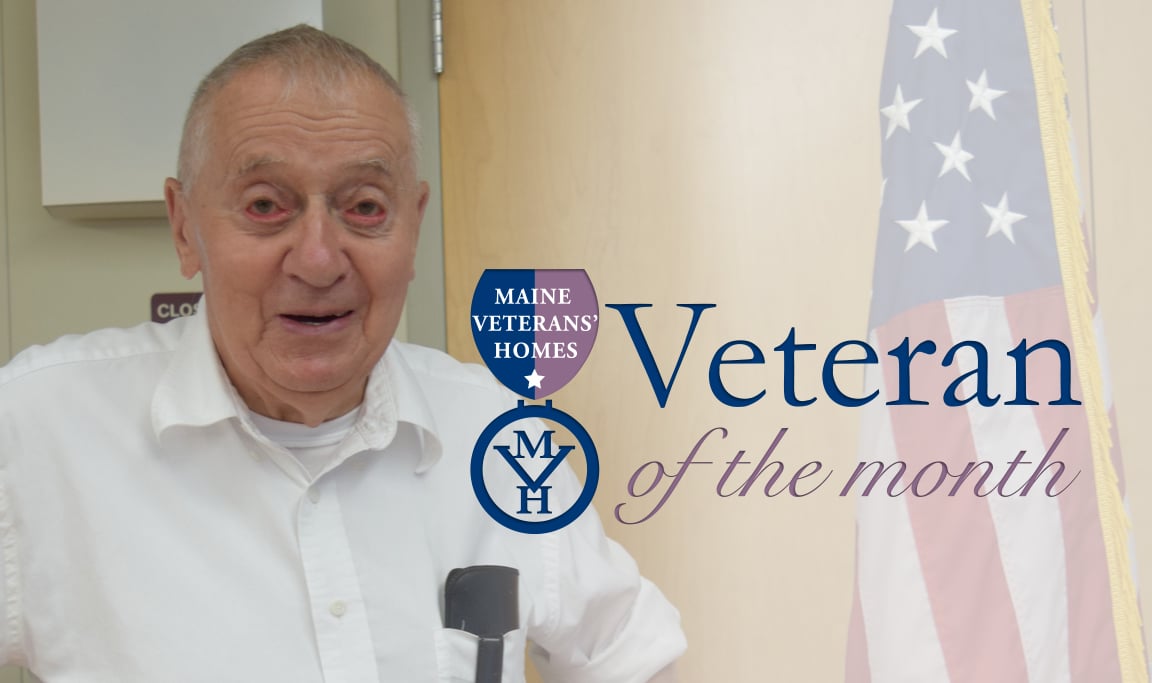 Machias Native Working As Teacher is Drafted into Army

Richard D. McLaughlin's childhood was spent enjoying the simple things in life - games with his younger brother, enjoying the unspoiled outdoors of Downeast and so much more.Born on July 27, 1928, in Machias,  Dick’s mother was born in Italy and was a local phone operator and his father was the barber.

As a young boy, Dick and his brother Kenneth attended the Washington State Laboratory School in Machias. Dick said that the school offered an innovative curriculum for the time, providing students with the same teacher for three years so that the teacher could get to know his or her students better over a longer period.

He and his brother enjoyed playing games outside, such as hide-and-seek and kick the can. Dick said when he was a boy the river was dammed, making a great place for kids to ice skate in wintertime.

Dick attended Machias High School and graduated in 1946. During his high school years Dick did what most kids did in the summer for work - raked blueberries. He also worked for his uncle Julian at his printing business.Upon graduation, Dick attended the Washington State Normal School (now known as the University of Maine at Machias) and received his B.S. in Elementary Education in 1949.

Working as a Teacher, Dick is Drafted

Dick was working in South Paris as a schoolteacher in 1949 and during his free time he loved attending live radio programs in Lewiston. He was fortunate enough to see Louis Armstrong, Louis Premer, The Sammy Kaye Orchestra, and Edgar Bergen with his sidekick Charlie McCarthy (the ventriloquist doll).

In December 1950, Uncle Sam came calling and Dick was drafted into the U.S. Army and was stationed in Santa Barbara, California, at Camp Cooke. Dick was a cook during his time in the Army and was a member of the 747th Amphibian Tank & Tractor Battalion Company B.

When he had time, Dick enjoyed watching golf at Pebble Beach. On one trip he saw Bing Crosby and took a picture of him. Dick, however, was so excited that the picture didn’t come out. He also saw Bob Hope coming out of a portable toilet and asked him for his autograph; Mr. Hope was kind enough to oblige. Another celebrity Dick saw while there was Comedian Phil Harris. These fun times made being away from his hometown more bearable, Dick said.

Career in Classroom Offers Many Memories

After being discharged from the Army in 1952, Dick went back to South Paris to teach. He taught school there until 1954 and then from 1954 to 1957 he was the head teacher for grade six in a school in Mapleton.   From 1957 to 1958 Dick taught grades five and six in Scarborough. During summer 1958, he started taking classes at the University of Maine at Orono and received his Master’s Degree. The same year he moved to Millinocket to become a grade six teacher in an elementary school where he would spend the next 20 years. During the latter part of those years Dick was the school principal. Though he never married, Dick was happy he devoted his life to his career and his students - he has many wonderful memories of his time spent in the classroom.

Dick retired in 1978 and moved back to his hometown of Machias where he spent the majority of his time hiking, collecting and listening to his favorite music albums and cooking. He even won an award for a blueberry dessert he submitted for competition at the annual Machias Wild Blueberry Festival. Because of his passion for music, Dick volunteered as a disc jockey at the local radio station WMCS/WALZ and at the University of Maine at Machias radio station. He spent many years as a disc jockey and enjoyed every minute of it. Dick also loves dogs, especially huskies. He has had four of them; his first one, Shilka, was a shelter rescue. When asked about traveling, Dick said he was a homebody and that he never had a desire to be anywhere but Machias.

Now a resident at Maine Veterans’ Homes - Machias, on Saturday afternoons Dick and another resident who has an avid love for entertaining, deejay a show they call “Melody Ranch.” They play a wonderful variety of music from the 1940s and 1950s. Dick works very hard on the playlist - he creates it on a typewriter every week. Dick is also known to be somewhat of a fashion aficionado. He likes to sport his Chuck Taylors, jeans and trendy sweaters.

These are just a handful of reasons Richard McLaughlin has been named Veteran of the Month for July at MVH Machias. Thank you for your service, Dick.

Whether you were drafted into the military or enlisted, you may be eligible for residence at six Maine Veterans’ Homes locations throughout the state. Before you start the application process, download our free Guide to Choosing a Senior Community >>>