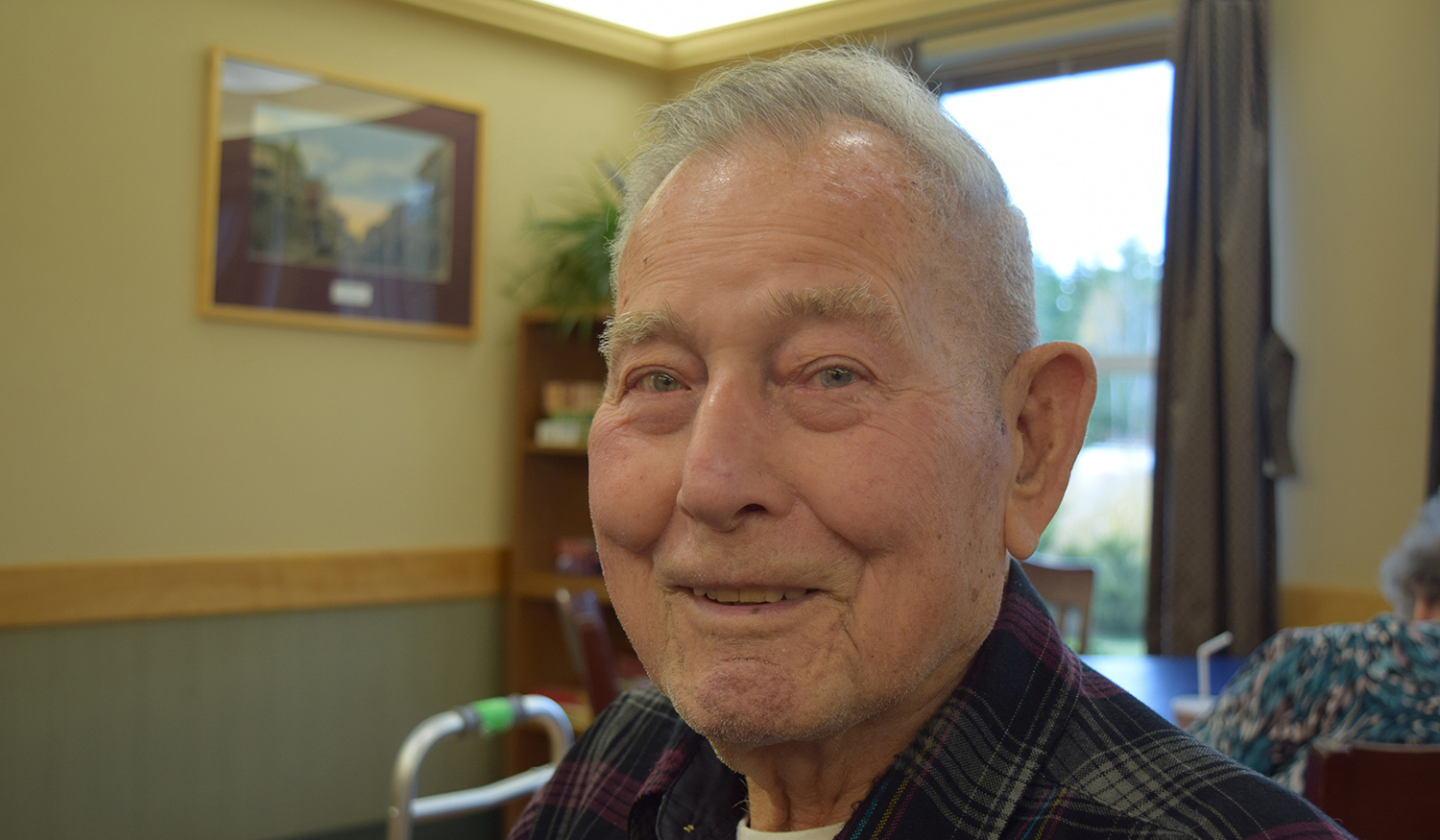 Eldridge “Prid” Dowling was born on May 19, 1920, in the small town East Machias, the second oldest of four brothers and two sisters, of George and Iva Dowling. It was his youngest brother, Cecil, who gave Eldridge his lifelong nickname of Prid; when Cecil tried to say Eldridge, it came out as Prid.

Prid grew up in Jacksonville. In high school, he came down with  a terrible case of pneumonia that prevented him from graduating.

He moved to New York and worked on a cattle farm before he entered the Coast Guard during World War II in 1941, at the age of 21. He served aboard a troop transport ship and landed troops in the Philippines.

After serving four years in the Coast Guard, he met and married Verna Stevens. Together they raised two children, Hazel and James. Prid and his wife were both active members of the United Methodist Church in Columbia, not far from where he grew up. Prid went to work for Bangor Hydro and retired after 40 years.

When not working, Prid loved to spend time at his hunting camp, pick berries, clean his car, play cribbage and spend time with his family.

When Verna was diagnosed with dementia, Prid lovingly cared for her at home for three years before she passed away.

Prid now resides at Maine Veterans’ Homes - Machias, where he was named January Veteran of the Month. Thank you for your service, Prid.

Whether you’ve served four years, four months or spent a career in the military, you are eligible for residence at any of our six homes throughout the state. Learn more about becoming a resident by downloading our free Eligibility Guide >>>