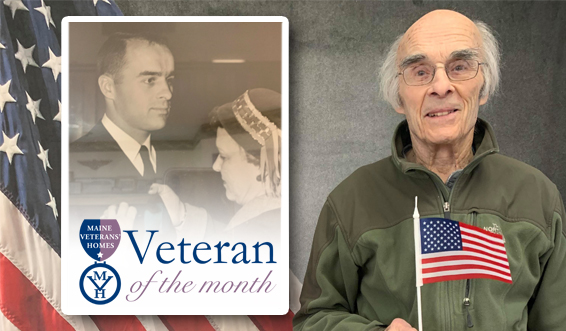 Born in Cincinnati, Ohio, Bruce W. Benson thinks fondly of his childhood spent with younger brother, Daniel and older brother Edward Jr. Bruce looked up to his older brother and describes him as a “leader, great baseball player and a fantastic guy.” Edward was a paratrooper in the Army during World War II and was killed during combat in France.

Bruce’s father, Edward Sr., worked for Bethlehem Steel in Ohio and his work took the family to various locations, including Dayton, Ohio, where Bruce attended Fairmont High School. Like his older brother, Bruce was a great athlete, playing shortstop on the high school baseball team as well as the weak side guard on the Fairmont High Football Team. Summers during high school were spent working on the “road gang,” but it’s not what one might think - he explained that high schoolers were hired during summer vacations to tidy up the road sides.

After high school, Bruce attended Duke University in North Carolina on a Naval ROTC scholarship, thanks to much encouragement from his father.

“I just wanted to be outside throwing the football around the yard, but my father had me complete a number of applications to receive this scholarship,” Bruce said.

Upon arrival at the Duke campus, he met some young men who were on the lacrosse team. They gave Bruce a racket and he found a new love. He played for Duke during his time at the university as their goalie, following in the footsteps of an All-American goalie who had vacated the position the year before Bruce took it over. Bruce attributes his quick reflexes for the reason he was given the position of goalie so early in his college career playing the sport. Upon graduation from Duke with a Bachelor’s Degree in Economics, Bruce entered the Navy and became a pilot after completing an aviation training program. He served in the Navy from 1960 to 1963 and was a pilot the entire time he was enlisted. Bruce is quick to point out that he did not serve during wartime or overseas.

From the Military to A Career in Engineering

After he left the Navy, Bruce continued his education at Georgia Tech, graduating with a Bachelors and Masters in Mechanics Engineering. Bruce worked as an Engineer for the U.S. Government as well as Trident Engineering where he specialized in vehicle accident reconstruction.

Bruce has been married twice; his first marriage was to Dorothy Fisher. They lived in Gaithersburg, Maryland, in a home that Bruce built himself. Bruce and Dorothy have two daughters, Laura and Sally. Bruce and Dorothy divorced and Bruce would go on to meet and marry Diane Taliaferro. They have one son, Edward, named after Bruce’s father and brother. Bruce and Diane were living in Mount Desert when Diane passed away in 2012. Bruce has one great-granddaughter.

Bruce’s hobbies include listening to big band music, hiking, reading and of course, his passion for flying planes. Bruce says flying makes him feel free in a way that he can never feel with two feet on the ground.

Now a resident at Maine Veterans’ Homes - Machias, Bruce likes to look out the window and into the sky, remembering his time in the Navy.

“I’m imagining myself soaring through the air. It was quite thrilling to be a military pilot.”

Bruce Benson has been named Veteran of the Month for June a MVH Machias. Thank you for your service, Bruce.

In addition to its Machias location, Maine Veterans’ Homes, a nonprofit organization, has Homes in Augusta, Bangor, Caribou, Scarborough and South Paris. All of our Homes provide care not only to Veterans, but their eligible spouses and Gold Star parents. For more information, download our free Eligibility Guide >>>