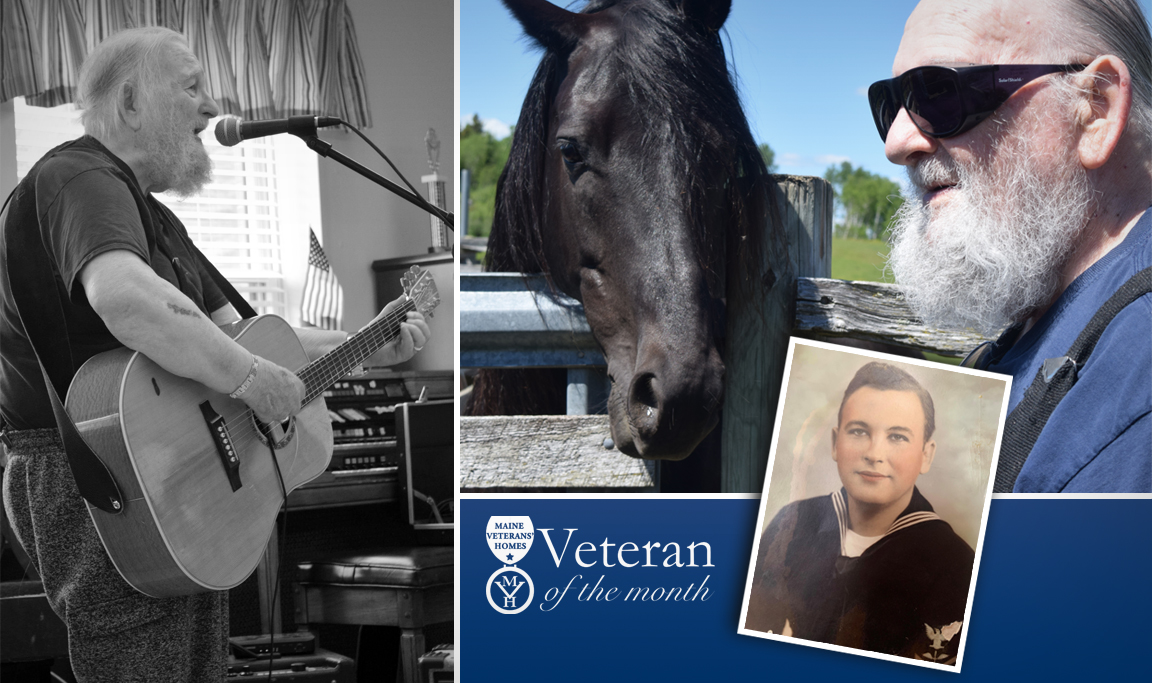 Ronald P. Hall Sr., the youngest of five siblings, grew up in Eastport, Maine, the easternmost town in the United States. From a young age, Ron fished the coastal waters of Downeast Maine, not only as a hobby but to provide for his family. They ate well, as he brought home different types of fish, lobster, and clams.

“We really did live off the land and sea,” he said.

Ron attended Shead High school in Eastport, where his favorite subject was science. His most loved hobby was music – he learned to play the guitar at age 12, and this love for music followed him throughout his life.

Ron had his first job at 16 years old in a local sardine factory, where he worked until his high school graduation in 1954. Not long after, Ron joined all four of his brothers in the Navy.

Seaman Finds Music Wherever He Goes

After basic training, Ron took several classes, including welding. He served at Naval bases throughout the world, including New Zealand and Cuba – his favorite assignments. Everywhere he was stationed he found a band to join, where he played guitar.

Ron’s service ended in 1957, so he returned home to Eastport, where he fished for a year and played in local bands. He soon married his wife, Judy, and they had one son, Ronald Jr.

In 1958, Ron joined the Coast Guard and again traveled all over the world. He was discharged in 1976 and once again returned home to Eastport, this time to his wife and son. He also pursued music once again and became the lead guitarist and singer in a band.

Now a resident at Maine Veterans’ Homes - Machias, Ronald Hall Sr. has been named Veteran of the Month for November. Thank you for your service, Ron.