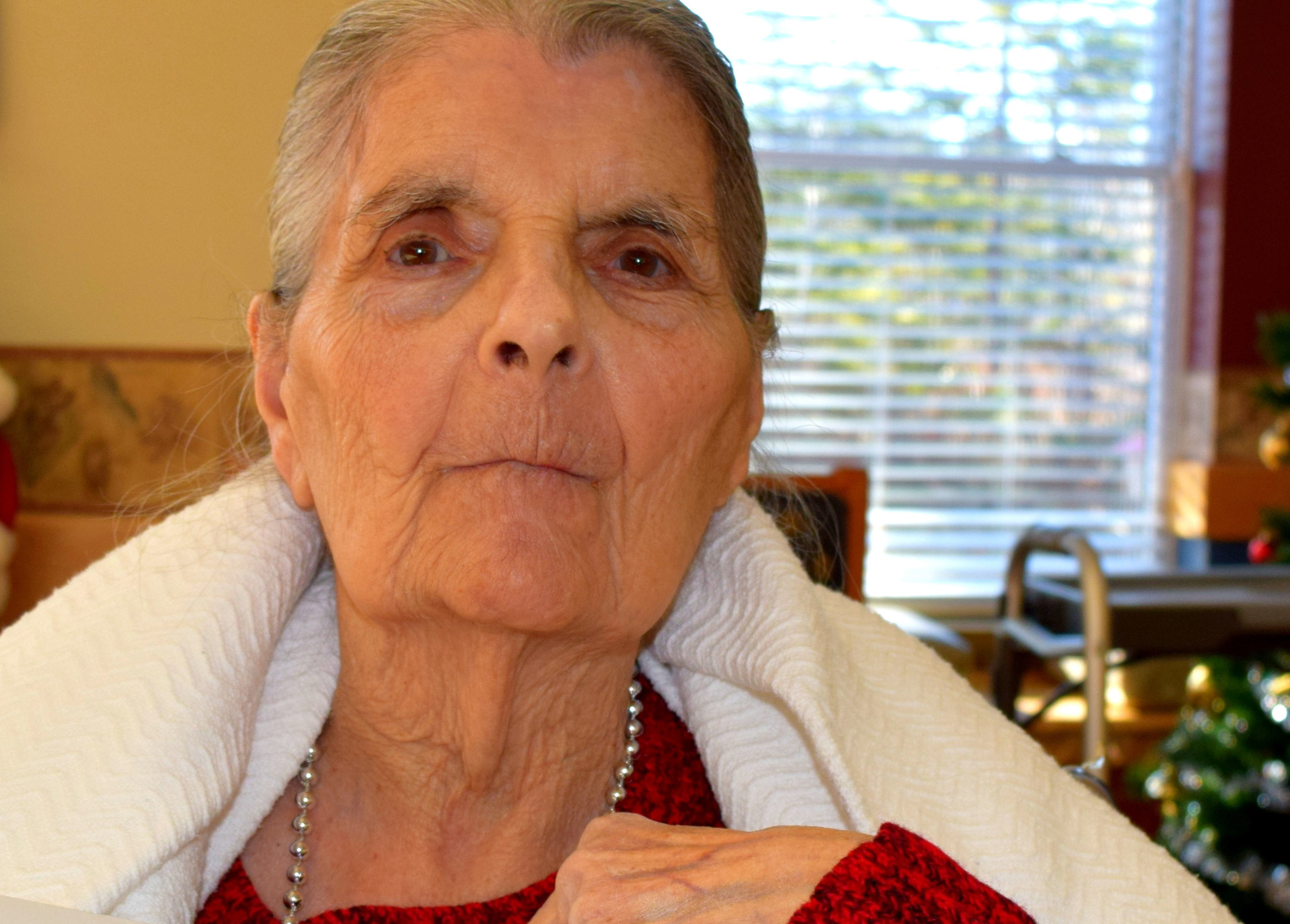 On Nov. 24, 1924, Poughkeepsie, New York residents Mr. and Mrs. Wilbur Converse were blessed with the youngest of eight children, Muriel.

As the youngest, Muriel’s memories of growing up with her siblings are few, but she still has memories of going to a local swimming hole with them all.

Out on Her Own

While her parents supported their large family, there wasn’t a great amount of money left over after 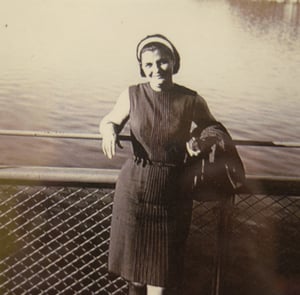 dealing with the cost of living. After high school, Muriel enlisted in the United States Navy in 1945, during World War II. While she was at boot camp, she found that she had great talent in her assignments.

In 1946 when the time came to either re-enlist or move back home, she packed her things for New York. Later, Muriel said she wished she had extended her military career as it had been a strong foundation for her.

Upon arriving home, she went to work for Chermayeff & Geismar, a graphic design firm that specialized in the development of trademarks, print and motion graphics, exhibitions and art in architecture. The company assisted her through schooling at Hunter College.

“I was hot for the organization,” she said. “Chermayeff was superior to all others in his field.”

Muriel was his secretary, answering phone calls and filtering the ones that he didn’t care to receive.

“He was a busy man, always on the phone, so I would ask him if he wanted coffee by writing a note that read, “Coffee? Check yes or no.”

Through her work, she met a man named George Stehl, a gifted industrial designer. They began seeing each other shortly after meeting. Together they traveled to South Carolina and while there, they visited a junk shop where Muriel found a fan she liked for 50 cents.

“When George saw it, he understood what went into the design. He said I had taste and sensitivity and was worth marrying,” she recalls.

The couple married and lived in New York City for a while. George never like the city, however. He’d say, “It’s loaded with ambitious people that are always looking for other people’s errors,” according to Muriel.

George became quite fed up with his employer’s lack of talent, but he had received letters from a woman who had interest in George’s work. In these letters she told him of Maine and its beauty. George decided to visit Maine to have a look. Remembering this, Muriel said, “When he returned home, he said ‘You might as well quit your job. We’re moving to Maine.’

George passed away in January 2012. Muriel continued to live at their home in Jonesport before becoming a resident at Maine Veterans’ Homes - Machias, where she was named Veteran of the Month for February.

Thank you for your service, Muriel.

Muriel finds camaraderie among other Veterans at Maine Veterans’ Homes. Our six Homes also accept spouses of Veterans and Gold Star parents. To see if you or a loved one is eligible for residence, download our free Eligibility Guide >>>