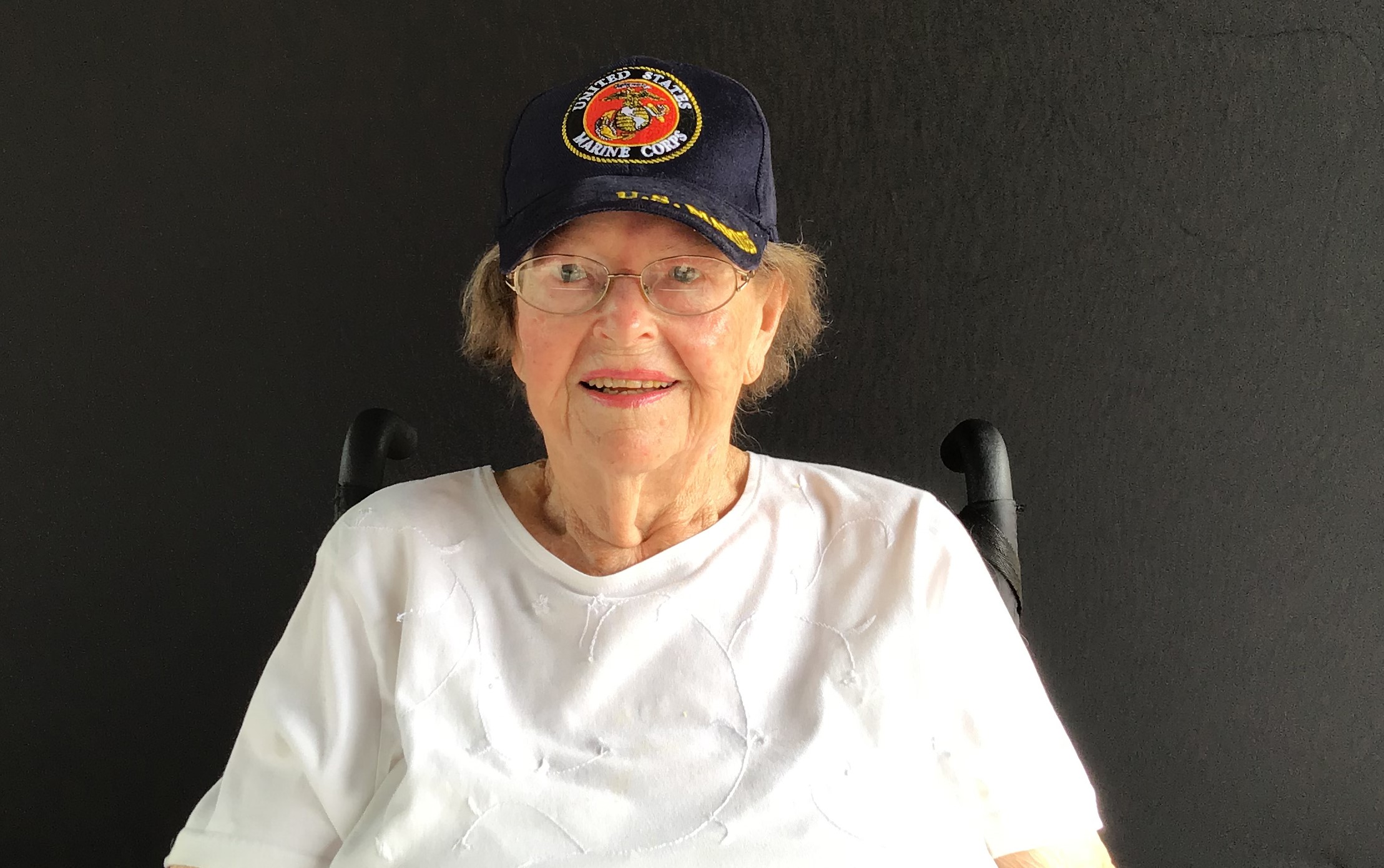 Maine Veteran Made Life Long Friends in the Service

Priscilla Poore grew up in Worcester, Massachusetts, where her father was a baker and woolen mill supervisor, and her mother, a homemaker. The oldest of four siblings, their time was filled with chores, roller-skating, ice skating, swimming, sledding, and more. Priscilla also loved to sing and sang with the Glee Club and the church choir. 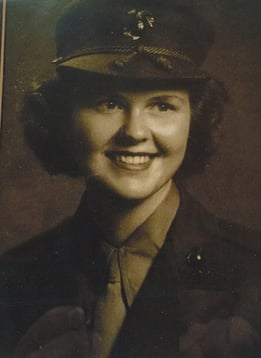 Priscilla attended South High School in Worcester and graduated while World War II waged on. Many of her male classmates were drafted or enlisted in the service, but back then women had to be 20 years old to enlist. Priscilla attended Bates College until she was finally able to join the Marines.

Priscilla went to basic training at Camp Lejeune in North Carolina. It was 1945 and Camp Lejeune was the only place women were allowed to train. She ended up making lifelong friends from all across the country. At Lejeune, she loved the structure and especially the drill exercises. She then went on to Camp Pendleton in California, where she served as a movie projectionist because of her previous training at the American Optical Company as a lens grinder.

Nearly every weekend Priscilla and her friends were granted leave, so they’d travel to Hollywood by train. One weekend the girls set out to hitchhike to Coconut Grove to see Merv Griffin. Along the way a big black car stopped to pick them up. The driver turned out to be Jimmy Durante, on his way back from a rehearsal with Bing Crosby. Durante was a popular actor, comedian, and singer and is known to generations as the singer and narrator of “Frosty the Snowman.”

After two years in the military, Priscilla went to secretarial school. During that time, she met her future husband, Merton, at a YMCA dance. He had just gotten out of the Army and planned to attend the University of Maine at Orono. The happy couple were married and frequently traveled throughout New England while Merton worked as a teacher and gospel singer with The Revelaires and The Rising Sons.

During summers, the family engaged in various enterprises, blueberry harvesting and wholesale gardening, among them. When Merton retired, he and Priscilla traveled the country in an RV. While Priscilla says work for her was a stay-at-home mother, she likes to say that raising children and grandchildren is a job from which you never truly retire.

Priscilla remains ever-youthful with not a fleck of gray in her hair. Her sharpness and determination allowed her to drive up until she was 93 years old and all who know Priscilla say it’s an immense pleasure to have a conversation with her.

Priscilla Poore is our Maine Veterans' Homes - Scarborough, May Heroes Calendar Veteran for May. Thank you for your service, Priscilla.