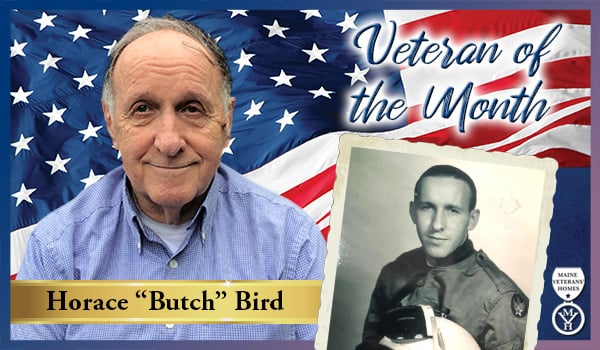 Born and raised in Medina, New York, Horace Bird has fond memories of growing up with his twin sister, Helen, and four other siblings. The kids helped with chores on the family farm. Horace even had a pet raccoon, Rebel, that rode around on his shoulder. He had much fun playing with his brothers and sisters during the winter months, as sledding was one of their favorite pastimes.

“There was always plenty of snow,” Horace recalled.

In his youth, he tinkered with wave radios, which to the displeasure of neighbors, affected their television reception. He also set up electrical projects in the house with wires going from here to there. His poor mother even suffered electrical shocks on more than one occasion.  It’s no wonder that Horace went on to be an electrical engineer.

“She was a very patient woman,” he said.

At Medina High School, home of the Mustangs, Horace played tennis and graduated in 1956 with top honors. He then went to the alma mater of his parents Cornell University in Ithaca, New York. He went on an ROTC scholarship and majored in electrical engineering. 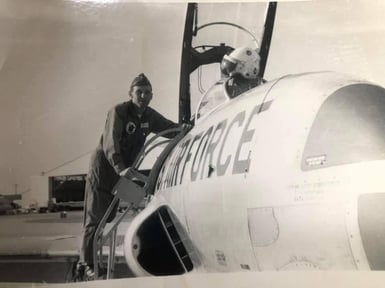 “I always wanted to be a pilot and to defend our country,” he said, adding that one of his brothers was also a pilot in the Air Force.

Horace served in the Air Force for five years, piloting a C-130 cargo aircraft, carrying supplies and troops to various locations worldwide. He made many good friends in the service and stayed connected to his family through letters, pictures, and care packages filled with goodies.

After five years in the service, Horace moved to Rochester, New York, near his hometown. He worked as an engineer for 25 years at Eastman Kodak Company and even held patents for the first instant camera. Horace had always valued education and loved learning about other cultures, so he went to Japan and Thailand to teach English after retirement. In Japan, he met his wife, Dayle, who was in the country teaching elementary school. They have three children, Pamela, Carolyn, and Jeffrey, and seven grandchildren. 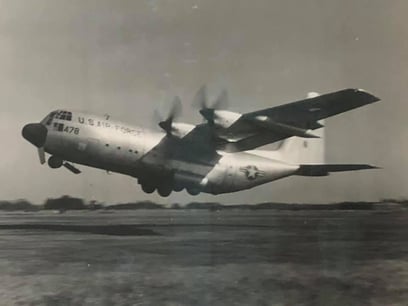 Horace continued to fly after the service and belonged to a private club that allowed him access to planes. He flew two-, four-, and six-seat Cessnas and his kids will never forget co-piloting with dad, their eyes barely peeking over the wheel and their feet not even reaching the pedals. Horace also loved to spend his free time working with his hands; he fixed cars and electronics, along with collecting and restoring old radios.

Now a resident at Maine Veterans’ Homes - Scarborough, Horace Bird has been named the April Veteran of the Month. Thank you for your service, Horace.