Guy Walter Dudley Jr. could light up a room with his smile. He had a gift for humor that was unparalleled, but could never forget the weight that World War II caused. 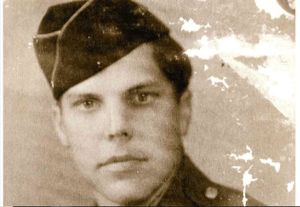 Guy grew up in Germantown, Pennsylvania, one of eight children to Guy Walter Dudley Sr. and Jennie Davis. He worked for Atwater-Kent Manufacturing Co. when he was called to serve in the Army Air Force in 1942, at the tender age of 17.

After basic training in Florida, Guy was assigned to be a munitions loader for the B-24 Liberator aircraft with the 15th Army Air Force at Amendola Air Base in Italy.

Veteran Has Big Job On His Hands

The B-24 aircraft could carry thousands of pounds of precision-guided munitions, and before each 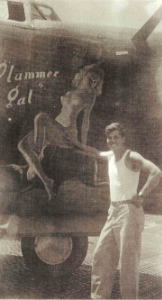 Unfortunately, there were times when crews didn’t come back, including one particular B-24 flight crew Guy will never forget. A plane full of his friends had just taken off when it exploded in front of him, killing all on board. Guy described it as “heartbreaking.”

His daughter, Cynthia Chadwick-Granger, says later in her father’s life, even from his wheelchair, he’d demonstrate how the bombs were rolled onto the planes. When he was asked what he did in the military, she said his answer was always, “Chasing Mussolini!” He’d also tell of the Italian children who asked the soldiers if they had any sugar or candy and if they did, they’d give it to the them. He’d often look at a photo of himself in uniform and say, “Can you believe I was only 17?”

Life After Military Brings Family of His Own

Guy was honorably discharged from the military in 1945 and worked for Leeds and Northrup in North Wales, Pennsylvania, for 30 years as a tool and die maker.

He and his wife, Catherine, decided they and their three young children could have a better life in Maine and made the trek to Sanford, only to find that the home they were going to rent had burned down. The family lived in a tent for four months until they found a more permanent place to live, never letting their situation bring them down.

Guy instilled in his children a deep respect for others, which has stayed with them to this day. He was also known as a “Mr. Fix-It,” which applied to both helping people and repairing damaged items. His daughter describes him as a kind soul, very humble and never boastful.

Both Guy and Catherine loved music. Guy sang and played guitar, and the pair would frequent nursing homes to entertain residents. Among his favorite songs are, “Bill Bailey, Won’t You Please Come Home,” “How Great Thou Art,” “She’ll Be Coming Round the Mountain” and “Down by the Riverside.”

Guy worked at Sprague Electric in Sanford for 20 years before he retired. At that time, he and his wife did the opposite of what most retirees do – they not only bought a house, they bought a 12-room Victorian that had been split up into three apartments. The Dudleys restored is back to a single-family home and found joy in decorating it and creating and tending to its many gardens. Catherine passed away in Dec. 31, 2017; the couple would have celebrated 60 years of marriage this year.

Guy passed away at MVH - Scarborough, with his daughter by his side, as she was throughout the final years of his life. His legacy and dignity will be remembered by many and he was loved by all. Thank you for your service, Guy.

Maine Veterans' Homes cares for many World War II-era Veterans, like Guy, along with Veterans from the Korean, Vietnam and Cold wars, Operation Iraqi Freedom, and all peace and war times in between.

Not sure if you or your loved one is eligible for care at MVH? Find out here >>>