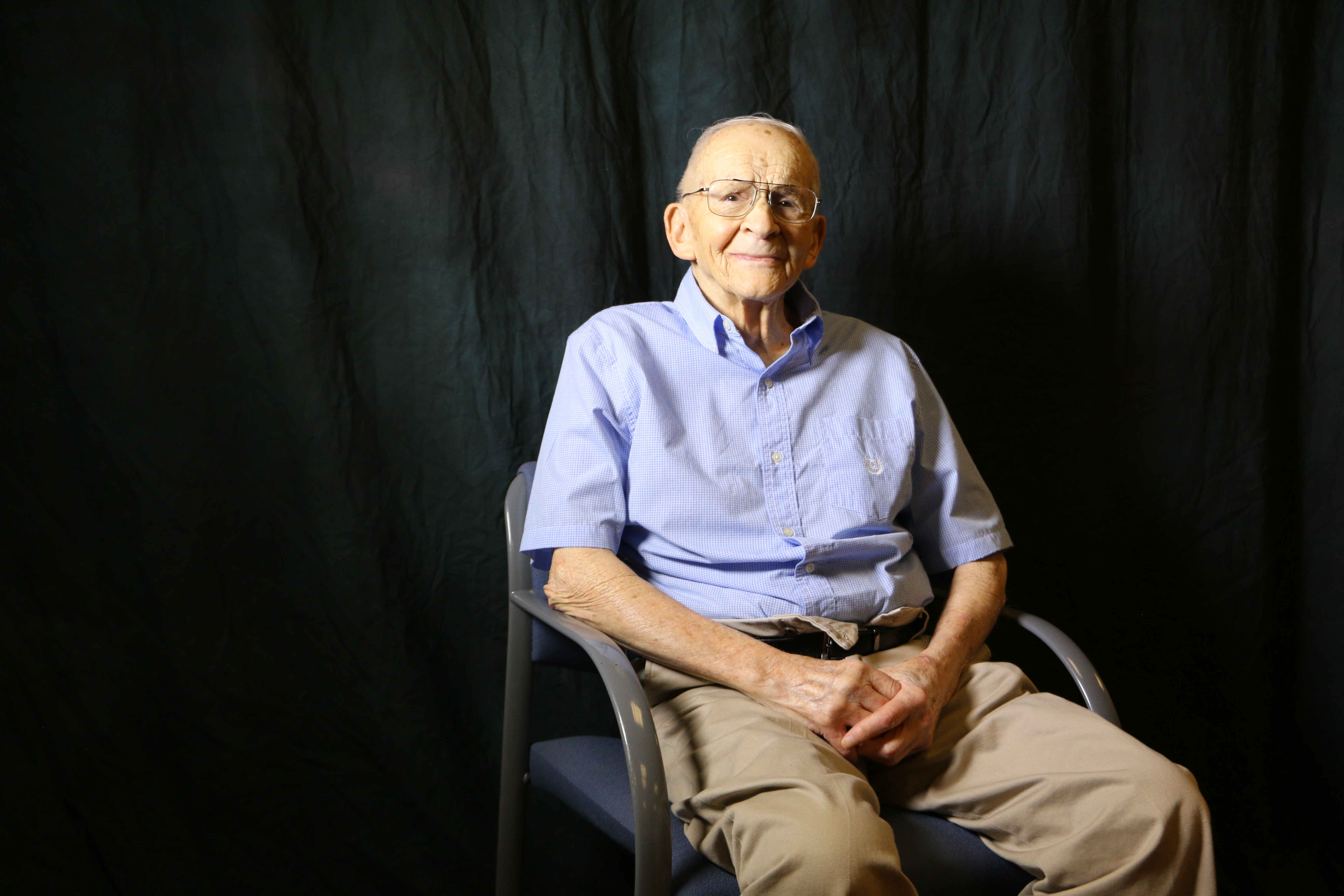 James A. Beaudry has been called a legend for his achievement and contribution to Maine athletics. His talents have reached far beyond that, however, from the students he’s taught and coached to the community members he calls friends.

Life for Jim began in Portland, where he and his four siblings were born and raised. 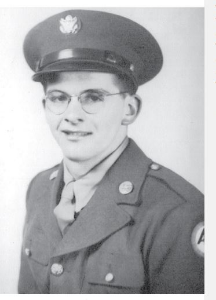 During World War II James felt a calling to serve his country and enlisted in the Army. He served two years and 10 months, including participating in the D-Day battle of Normandy. He was with the 109th 90mm Anti-Air Craft Gun Battalion that arrived on day four of the battle to ensure food and other supplies were transported safely to land. He spent two months there. During his time in Europe, he served in France, Belgium, Luxemburg and Germany. It was recorded that his battalion shot down 60 enemy planes during the war. James earned the rank of Tec 5 and was awarded the Europe-Africa-Middle East Theater Campaign Medal and Good Conduct Medal.

Family is Everything to Army Veteran

James and his wife, Joan, a teacher like himself, got married and started a family after his service to the Army. They had four children: Beth Stilphen, Rebecca Marshall, Jim Beaudry and MaryAnn Beaudry. Tragedy struck the Beaudry family, however, when Joan and Mary Ann were killed in a car accident caused by a drunk driver in 1992. Jim vividly recalls that MaryAnn was home visiting for Easter and she and Joan were on a shopping trip to L.L. Bean when the accident occurred. Four weeks later, Jim’s daughter Becky gave birth to his fourth grandchild, who was named MaryAnn. The tribute helped his family cope with the great loss they experienced and Jim is now blessed with six grandchildren.

Upon his discharge from the Army, James attended the University of Maine at Orono and received his Master’s Degree in Education. He initially taught English, biology and history to seventh and eighth graders in Aroostook County where he also coached boys and girls sports. Jim then taught college students in Houlton before moving to southern Maine to became the Director of Athletics and Physical Education at St. Francis, which later became the University of New England. Jim spent 21 years there as a teacher and coach of basketball, baseball, football, cross country and golf. Jim also helped to start the girls basketball team.

Mr. Beaudry became so interwoven into the fabric of Maine athletics that on his 95th birthday in 2018, he was inducted into the Maine Basketball Hall of Fame as a “Legend of the Game.” He was also awarded a key to the city of Biddeford for his contribution to the people of Biddeford through his work as an educator, coach, volunteer, husband and father.

In addition, the University of New England created the James A. Beaudry Award for a student-athlete who demonstrates exemplary sportsmanship and makes a significant contribution to the Athletics Department and to campus life at the university.

James was inducted into UNE's Hall of Fame in its inaugural class in 2005, enshrined in the New England Basketball Hall of Fame and the Maine Sports Legends Hall of Honor. In 2018 he was honored with a legislative sentiment for being an “exceptional coach and even better person,” from Sen. Susan Deschambault of Biddeford. 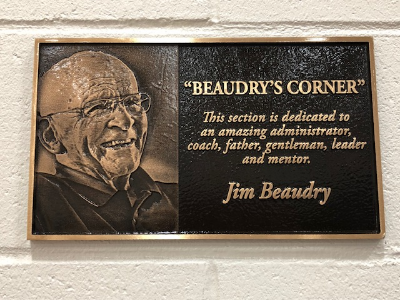 Life Has Not Slowed Down for Coach

Jim has remained active as a resident at Maine Veterans’ Homes - Scarborough. He loves to socialize and join in the recreational therapy programs. He enjoys jazz music, reading and of course, New England sports. When asked about his general philosophy on life, Jim stated that if he can help someone move along to where they need to be, then he has done something worthwhile.

Former student-athletes visit him often, a testament to his status as a mentor and indeed, a legend.

Jim is Veteran of the Month for September at Maine Veterans’ Homes - Scarborough. Thank you for your service, Jim.

The staff at Maine Veterans' Homes are guided by our six core values: honesty and integrity, Veterans are unique, respect, excellence, teamwork and leadership. Learn more below!