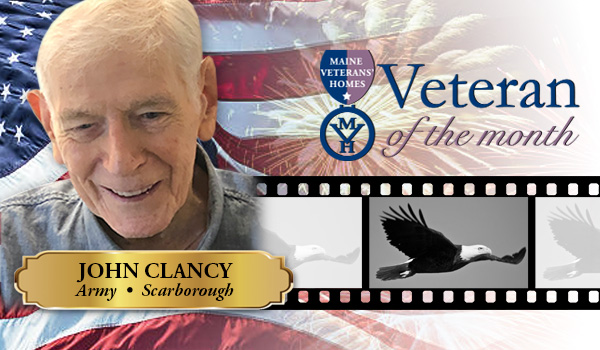 A lifelong resident of Portland, Maine, John “Jack” Clancy grew up in the Munjoy Hill 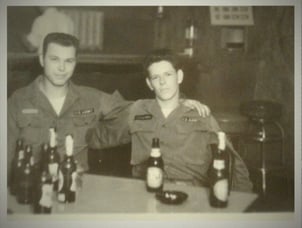 area of the city and attended Cathedral Grammar School and Cheverus High School. He played basketball throughout his high school career and worked at Sportsman Grill in the evenings and on weekends.

In 1954 when he was 21  years old Jack enlisted in the Army. He completed basic training at Fort Dix in New Jersey, received further training at Fort Eustis in Virginia and was then sent to Korea. During the year he spent in the military Jack played basketball for the Army and said the best part of his experience were the people he met. He also loved the Korean civilians he worked with. 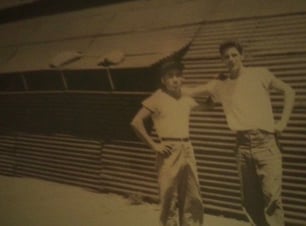 Portland Press Herald. He went on to work as a typesetter for 39 years.

In 1959 he met his future wife, Imelda St. Jean at the Graymore Hotel. She belonged to a women’s breakfast club there where they happened to meet and as they say, the rest is history.

The couple married on May 2 of that year and had their first child in 1960; they went on to have two more children. This past May the couple celebrated 62 wonderful years of marriage.

The following is a poem Imelda wrote for Jack:

We heard the music all those years ago

Our steps were sure

Our hearts were young

Our life together had just begun

We danced through cold winters and hot summers

Together we danced through it all

The music has slowed

And they’re still playing our song

And we’ll keep dancing to the music

Life Outside of Work 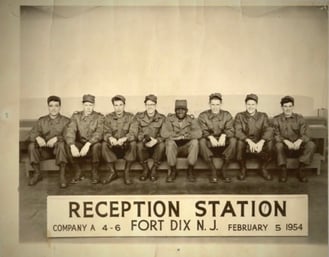 Cross and St. John parish. When he later moved to the Kennebunk area, he made connections in Biddeford, Alfred, South Portland, and Kennebunk, and essentially became a freelance Meals on Wheels volunteer.

He also spent time with the Portland Boys Group, an alumni organization that raised money for scholarships for the needy. He spent many afternoons at the Boys Club of Greater Portland sharing his love of basketball with the teens who attended the club. Jack played basketball there until the age of 55.

Jack not only loved to play b-ball, he loved to watch it. His favorite basketball team is the Boston Celtics. He also roots for the New England Patriots in football.

The Irishman’s natural gift of gab and outgoing personality allowed him to meet many professional athletes over the years, including Rico Petrocelli, who played for the Red Sox in the 1960s and 1970s. Jack met him at the Italian Heritage Center in Portland. He also met the 1972 Men's U.S. Olympic Track and Field Team when they rented a cottage next to the Clancys on Little Sebago – the team had been training in Bowdoin for the summer Olympics in Munich. Always one to be social, Jack approached the group to ask who they were and friendships formed; the family shared many meals with the team while they were neighbors.

At a church event, Jack met Dave Cowens who both played for and coached the Celtics. The roster of professional athletes Jack has met continued with Red Sox player Dustin Pedroia, who he saw at a Portland restaurant – he even asked Pedroia how his knee was, referring to an injury he suffered during a slide in 2017.

Now a resident at Maine Veterans’ Homes – Scarborough, John Clancy has been named July Veteran of the Month. Thank you for your service, Jack.