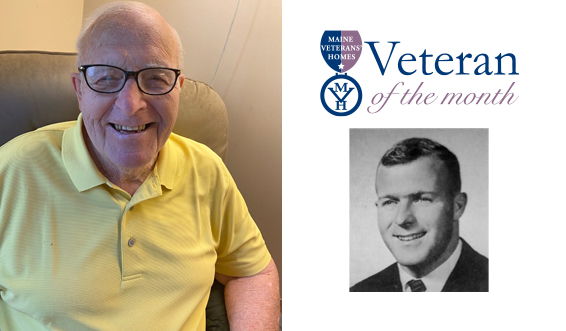 A Mainer born and raised, Randall White grew up in Portland where he attended Deering High School. He was a running back for the football team and went on to play the sport all four years at the University of Maine Orono, where he was also a member of Pi Alpha. 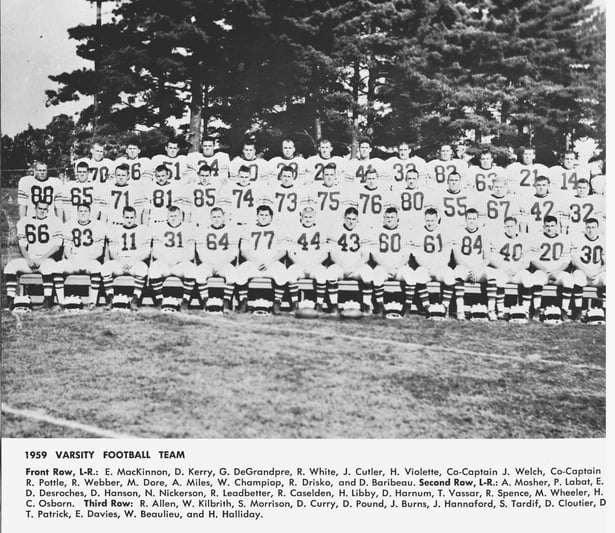 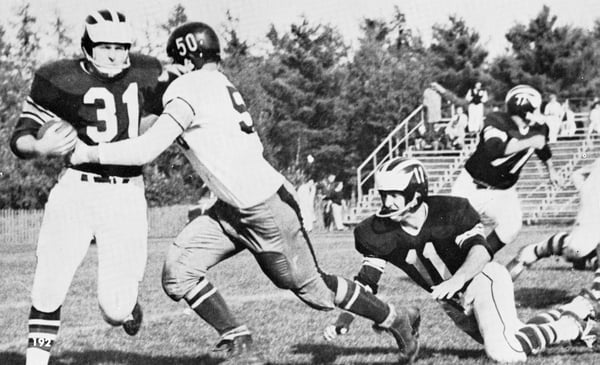 Randy enlisted in the Army in 1954 and part of his job on the Neutral Agents Inspection Team was driving a jeep where he served in Korea. During the service he received lots of letters from friends and family. He’d send home half of his paycheck each week to take care of his family, tucked in with letters to his mother. Randy also has fond memories of his best friend in the service, Bobby Wilson. They served together for two years and after their time in the military, Bobby often visited Randy in Maine.

While Randy didn’t much care for Korea, he loved visiting Tokyo.

“The sights were beautiful,” he added.

Randy says the military was a good experience for him.

“It made me realize how lucky I was before I went into the service and it made me thankful for what I have and appreciate everything more.”

After serving in the military, Randy came back home to Portland where he married his high school sweetheart, Joyce, and they had three children: Karen, Randy and Denise. He taught health at Thornton Academy, Deering High School (his alma mater), Lincoln Middle School and Cheverus, a Catholic high school. In addition to teaching, Randy worked as a salesman for Lipton Tea and Proctor and Gamble.

Randy’s most loved hobby back when he was a teacher was coaching baseball and football at Deering. He also loves to visit the beaches along southern Maine’s beautiful coast, and to spend time with his five grandchildren: Joel, Jason, Janessa, Reilley and Ryan.

Now a resident at Maine Veterans’ Homes - Scarborough, Randy White has been named Veteran of the Month for June. Thank you for your service, Randy.

Whether you served in wartime like Mr. White or during a time of peace, if you are a Veteran, you are eligible for residence at Maine Veterans’ Homes. To lean more, download your free Eligibility Guide >>>