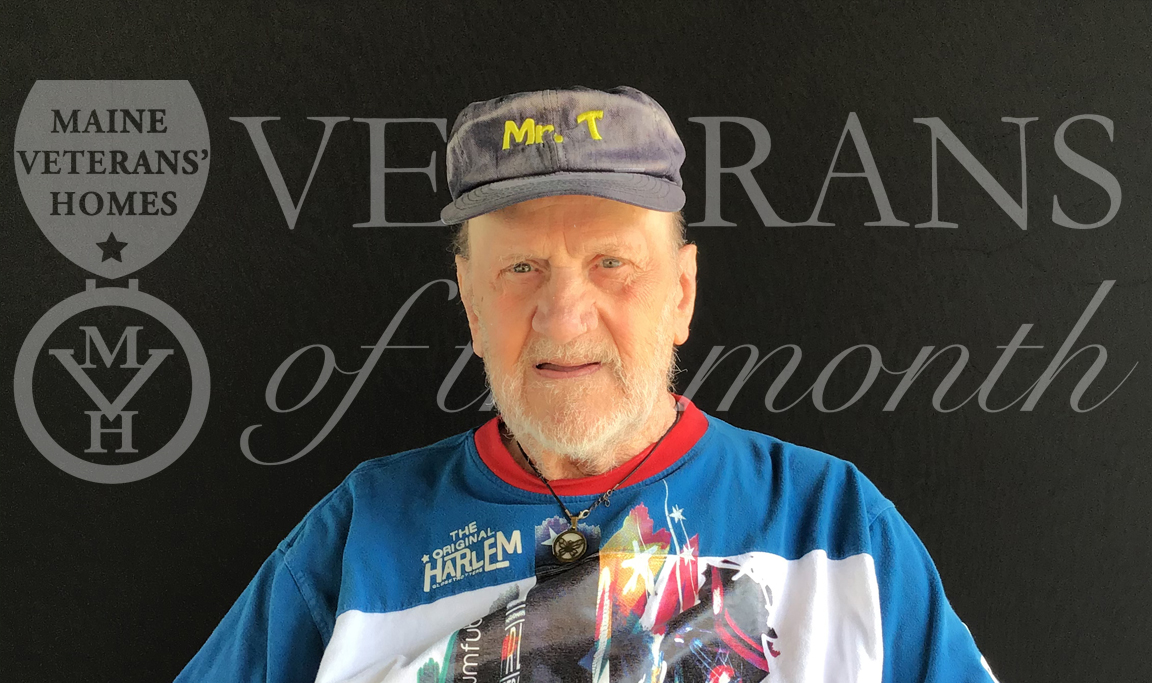 Born in 1934 in Malden, Massachusetts, Ronald Trudeau, now known as “Mr. T,” was an only child. At a young age he went to live with his aunt and six cousins, with whom he became very close – he didn’t feel like an only child anymore and enjoyed their company and camaraderie.

While he had great fun with his cousins, Mr. T’s most cherished childhood memories are with his friend, Emily Harkins. He and Emily met when they were five years old. His mother owned a laundromat in Linden Square in Malden, where they spent much of their time. They also used to catch butterflies in milk bottles and then let them go. Mr. T has four tattoos of butterflies.

Service to His Country

When Mr. T turned 18, he volunteered for the Marine Corps Reserve, and then transferred to the Army when he was 19 years old. In Tacoma, Washington, he had the opportunity to play basketball on a post team, which he loved.

Mr. T spent time at Fort Dix in New Jersey, Fort Lewis in Washington, and then was stationed in Germany, still playing basketball and making friends wherever he went.

“It was the most rewarding time of my life besides my wedding day,” he said, calling it an “A-1” experience.

When he went into the service, Mr. T had a girlfriend, Judith, who he met at a sorority camp at Sebago Lake. They kept in touch through phone calls and postcards, and she eventually became Mrs. T when he left the military and came to Maine. He had several entry-level jobs, including at Oakhurst Dairy, but his uncles helped him find a more stable position with the phone company, where he ended up staying for 33 years.

He and Judith raised three boys, Larry, Rory, and Brett; the couple boasted 53 years of marriage; Judith passed away in 2008.

In his spare time, Mr. T volunteered for the Red Cross bloodmobile getting and organizing donors.

Now a resident at Maine Veterans’ Homes - Scarborough, Ronald Trudeau has been named Veteran of the Month for February. Thank you for your service, Mr. T.