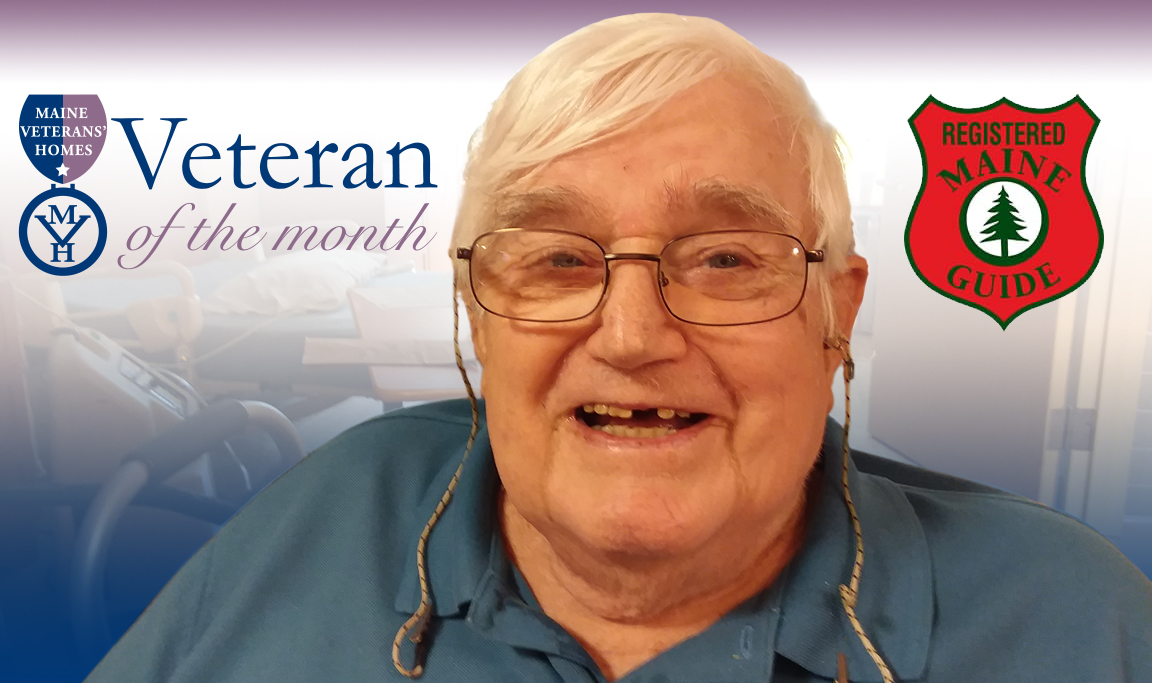 There aren’t many who understand our state’s history and culture quite like a seasoned Maine Guide, and you can count Sidney Thorne among them.

Sidney was born and raised in Portland along with his three siblings. From an early age, Sidney was taught a number of skills that prepared him for Maine’s rugged wilderness and beautiful but sometimes unforgiving coast, including sailing, fishing, hunting and tracking.

In 1954, at 19 years old, Sidney was drafted into the Army to serve during the Korean War. Sidney’s unique skillset developed from years in the Maine wilderness proved extremely useful for Army life. Thanks to his seafaring abilities, Sidney jumped the ranks and was placed in command of a DUKW (colloquially known as a “Duck”) as a 3rd Class Specialist. The Duck is a six-wheel-drive amphibious vehicle and was used often during World War II and the Korean War, as it was able to run on land and sea. Its primary purpose was to safely transport goods and troops over sporadic terrain, which Sidney never failed to accomplish. Sidney traveled with the Army all over America, but he remembers being awestruck at the massive trees of the Redwood forest in California the most. The forests of Maine were as flat as a pancake in comparison.

A Love Of Everything Maine

Before he had been drafted, Sidney married his sweetheart Charlotte, the love of his life, and the two had a child together. After two years away from them, Sidney was eager to come back to Maine. He spent a few years doing odd jobs and had three more children during this time. Sidney’s love of and expertise in the Maine wilderness grew stronger, and eventually, he studied to become a Maine Guide. His primary job was to accompany those “from away” on outdoor activities such as hunting, fishing and camping. Sidney has many stories from this time in his life, like when he helped catch a 477-pound bluefin tuna, or when he bagged an 800-pound moose. Being a Maine Guide was what defined Sidney’s life during the next few decades.

Sidney can recall almost anything about Maine’s rich history in the last half-century. From Muhammed Ali’s controversial win against Sonny Liston, the rivalry between Gov. John Brennan and Andre the Seal, the Elvis concert that never happened, and Samantha Smith’s spirited efforts to make peace with Russia during the Cold War, Sidney has been through them all.

Formerly a resident at Maine Veterans’ Homes – Scarborough, Sidney Thorne passed away earlier this month, before he was named Veteran of the Month for August. Thank you for your service, Sidney.