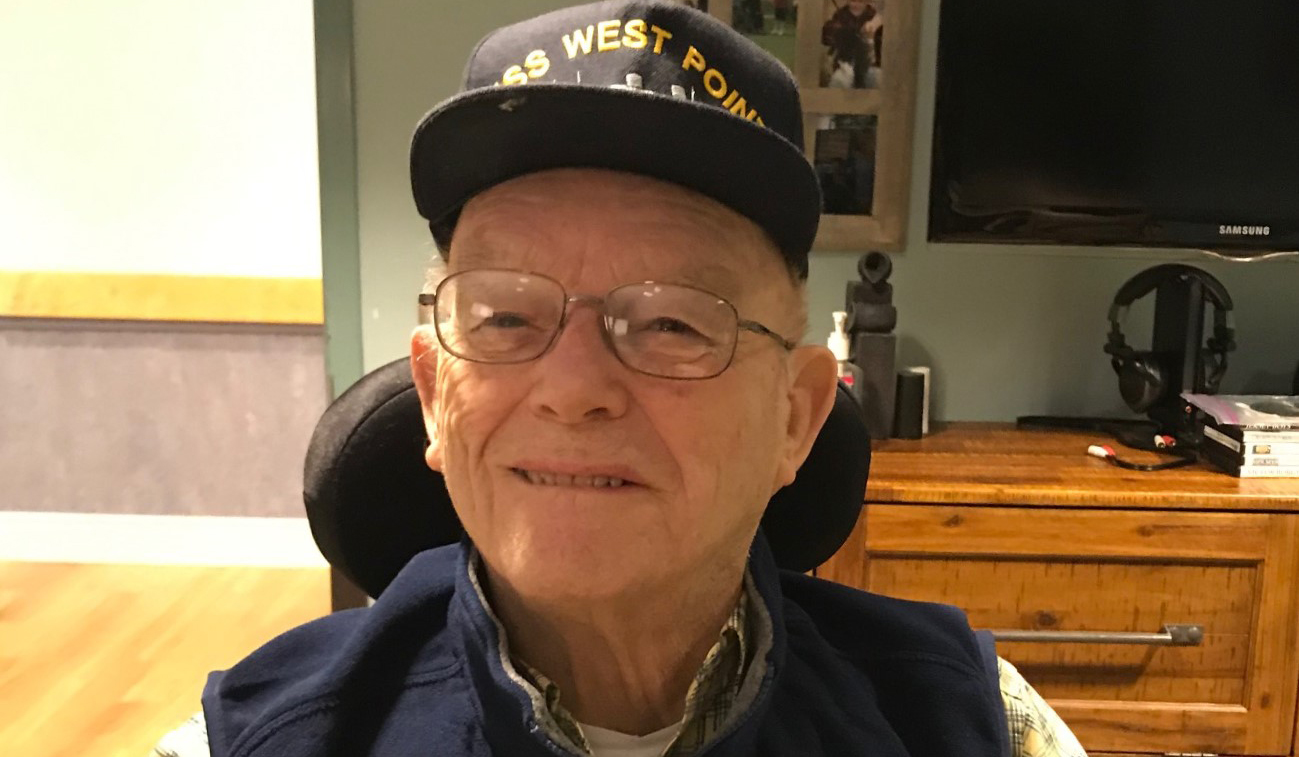 Before Joseph Mitchell was to graduate from Portland High School in 1941, he told his mother that he wished he had a suit to wear. Though it was during the Depression and the family didn’t have much money, Mitchell’s mother managed to get him that suit.

“After Pearl Harbor, I wanted to be a sailor,” he said, adding that he and four of his friends signed up at a recruiting center on Free Street in Portland.

Mitchell got what he wanted – the Navy called him up to serve, but it was before his high school graduation and he never got to wear that suit his mother bought for him.

The young seaman first traveled to Halifax, Nova Scotia, to pick up British troops to bring to India where there was a major supply route that needed protection. The ship then sailed to Arabia to pick up Australian soldiers to bring home. Mitchell had an opportunity to spend some personal time in Bombay, after which he visited the Taj Mahal.

“It was fascinating,” he said.

Mitchell also had the opportunity to see the pyramids in Egypt.

“To think that 3,000 years ago someone was walking where I was walking, was wild.”

Mitchel saw the Suez Canal, Casablanca, Manila, Singapore, Saudi Arabia, Scotland, England and more, but no matter where Mitchell traveled, however, he longed for home.

While he didn’t write home often, he’ll never forget a great aunt who prayed novenas for his safety, and sent him the prayer books.

“There must have been 50 of them,” Mitchell said.

Mitchell and his shipmates on the USS West Point not only transported soldiers, but they also brought prisoners from Italy, Germany and other places to the Unites States.

“We didn’t allow them to talk because we thought they would conspire against us if given the chance,” he added.

Mitchell was a signalman on the 800-person ship. When it was too dangerous to communicate via radio, Mitchell or his crew from the lead ship would hoist numbered flags to give instructions to the ships that followed.

“When replacements came on board and wondered what they had gotten into, I’d go over and remind them that when they wear their uniform, they’re representing their country and should be proud,” he said.

Adventure of a Different Kind

While in Singapore, the ship’s skipper allowed an Englishman and his pregnant wife to seek haven on the USS West Point, even though it was against the rules. The woman gave birth and the family of three disembarked in Bombay and eventually made their way home to England.

Before leaving the ship, the Englishman said every child he had would carry the name of the USS West Point. Sure enough, the ship was sent a newspaper clipping from a London newspaper, announcing the baby’s birth on the ship and that it carried the name of the boat. Years would pass and at reunions, Mitchell’s shipmates would bring in similar clippings announcing new births in the family, each child having “West Point” in their name.

The USS West Point had come back to the United States and was docked in San Francisco to pick up new guns and Marines in preparation for a trip to the Pacific Theater of World War II, which was to be where the Battle of Midway would take place.

Mitchell’s ship didn’t make it there for what some have called one of the most consequential naval battles in history. The battle was made into a 2019 movie, “Midway,” which Mitchell saw and said was recognizable to how he knew events to have happened.

After nearly five years of service, Mitchell was honorably discharged and returned home to Portland, where he lived with his parents and two sisters.

“I enjoyed being at home and one time my mother asked my sisters if they thought I was ever going to leave,” Mitchell said, laughing. “I knew what she meant by that; she wanted grandchildren.”

Mitchell worked at New England Telephone and when he was 36, met a girl named Mary who worked in another part of the company. He asked her out, but there was one catch.

“I walked up to her sand said, ‘if you get a note from your mother, I’ll take you out,’” which was bold,” Mitchell said, adding while 24-year-old Mary resisted getting a note from her mother, he insisted.

The two celebrated 50 years of marriage before Mary passed away three years ago.

Now a resident at Maine Veterans’ Homes – Scarborough, Mitchell is Veteran of the Month for March. Thank you for your service, Joe.

Whether you served in wartime like Mr. Mitchell or not, if you are a Veteran who was honorably discharged from the military, you are eligible for residence at Maine Veterans’ Homes. To lean more, download your free Eligibility Guide >>>