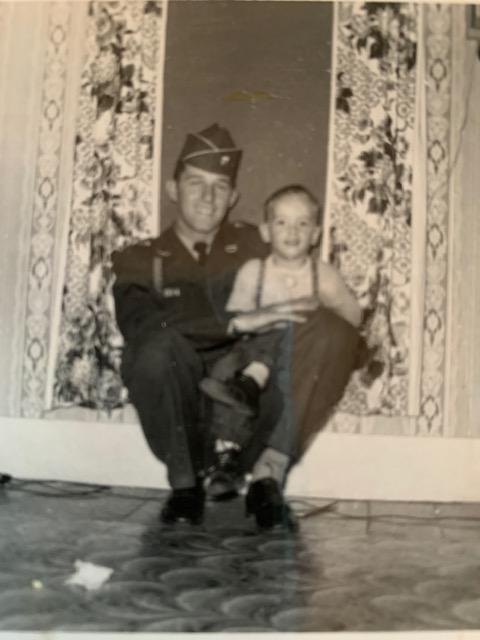 Family, Planes, Golf And More: Army Veteran Has Many Passions

Ron “Boot” Boutilier grew up swimming, fishing and fixing up boats on the majestic 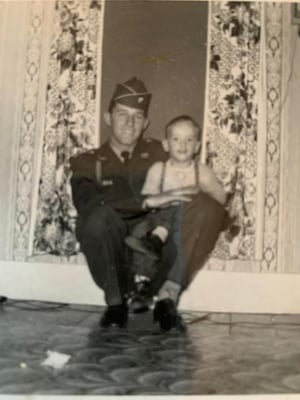 The eldest of four children to Mondell and Hazel, Boots has fond memories of growing up in Maine. In the winter he and his brother Jimmie would “borrow” a sheet from their Mother, gather up their skis and head down to the lake. There they would each grab a side of the sheet, wait for a good gust of wind and sail across the lake as fast as the wind would carry them. He also recalls time spent with his grandmother, who he affectionately referred to as his Nannie, at her summer camp. It was there that he learned about roughing it in the Maine woods - Nannie would take enough staples with her to last them until fall. He’ll never forget building his own cabin and befriending the wildlife that Nannie had tamed.

A Desire To Serve

Boots enlisted in the Army on Nov. 30, 1954, at Fort Williams in Cape Elizabeth near Portland Headlight. He was then stationed at Fort Hamilton, New York where he served in the artillery division as a truck mechanic. In 1955 he attended eight weeks of training in the 6th Infantry Division for wheeled vehicle mechanics and then in 1956 attended a four-week course in Europe to further his mechanic skills. Boots achieved the rank of Specialist Second Class on May 1, 1957. He transferred to the United States Army Reserve on Nov. 15, 1957 and served a year and seven months over-seas to earn the Good Conduct Medal.

In 1989 Boots got married to his wife Judy and together went on to raise 10 children who in return have given them 17 grandchildren and four great-grandchildren. 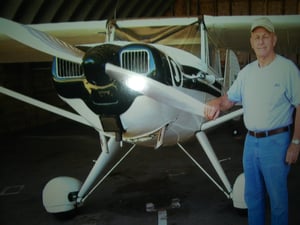 airplanes blossomed. He went on to earn his pilot’s license and soon after, his commercial license. He spent many hours tinkering and polishing his vintage planes, which were his pride and joy.

As a youth, Boots’s father taught him to golf. He and his father won several father/son championships and his game was so good that as an adult, he became the golf pro at an area club for several years. He was even offered a sponsorship to go to Florida and play on a professional circuit, but declined wanting to raise his family in his beloved Rangeley.

The Masonic Lodge and Shrine played an important role in his life as well. In Spring 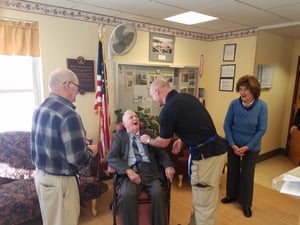 2020 Boots was presented with his 50-year Service Medal from Kemankeag Lodge (Rangeley). Over the years he served as Master Mason for both Kemankeag and Granite Lodge (West Paris). He was a member of York Rite Bodies Farmington, Scottish Rite Bodies of Valley-Lewiston, Maine Consistory S.P.R.S.-Portland, Kora Temple Shrine-Lewiston and served as District Deputy Grand Master District 20 of the Grand Lodge of Maine.

Now a resident at Maine Veterans’ Homes - South Paris, he enjoys pet visits, listening to music and being outdoors. Prior to the pandemic, his wife visited daily and they would stroll together through the halls of the Home and the beautiful outdoor campus of MVH South Paris. He enjoys live music performances, watching television and attending special food functions, such as the Chinese eat in.

Ronald “Boot” Boutilier is July Veteran of the Month at MVH South Paris. Thank you for your service, Boot.