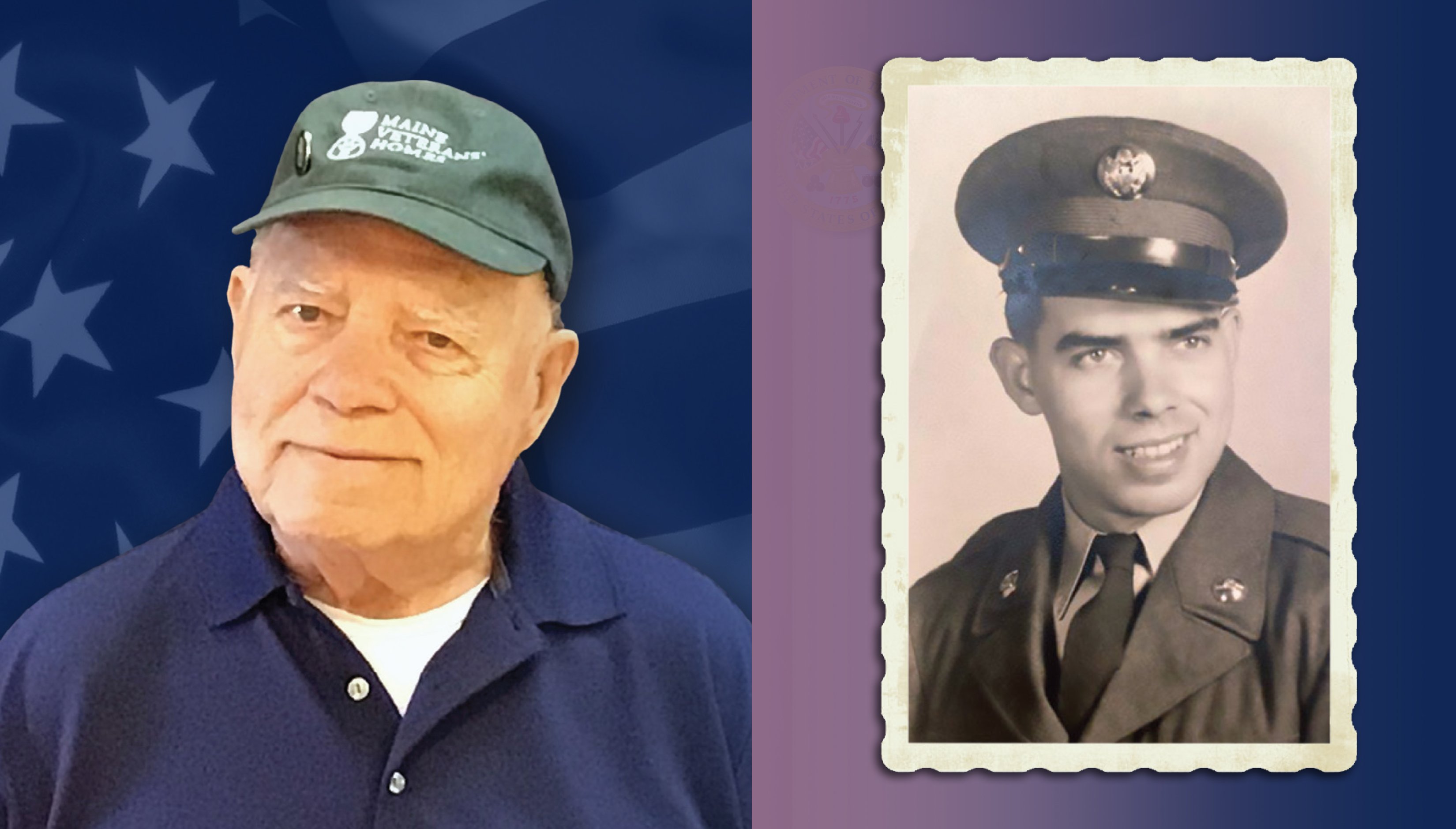 In 1951, Clayton was drafted into the Army. He worked in supply departments and was stationed throughout the U.S. and Europe serving two years during the Korean War.

Upon returning home, Clayton only took a week off for R&R before starting work in an area shoe factory. Clayton worked mostly in management at factories throughout the state and retired after spending 50 years in the shoe business.

As an avid golfer, retirement allowed Clayton to hit the courses more, playing 150 times in one summer. A highlight for Clayton was shooting a remarkable 72 at the age of 72. Even spending more time on the course, Clayton found himself with free time on his hands. His boys suggested that he take a part-time job, so Clayton visited Walmart in Windham to see if there might be a place for him. He interviewed on a Friday and started work the following Monday.

Before he knew it, Clayton had spent five years working in the home and garden department. “I assembled grills, lawnmowers, trailers – everything. I enjoyed it and nobody bothered me.”

When Clayton thought he might take a second retirement, the company enticed him to stay. He joked to himself and among co-workers that if he stayed for another 10 years, he'd earn the illustrious 15 percent off for life. Who knew that at 84 years old, Clayton would earn his discount and retire from Walmart with 15 years and six weeks under his belt. Even then, everyone hated to see him go. He had a work ethic like no other, never once coming in late or leaving early – habits made common by a hardworking generation.

Clayton is the June Heroes Calendar Veteran at Maine Veterans' Homes - South Paris. Thank you for your service, Clayton.