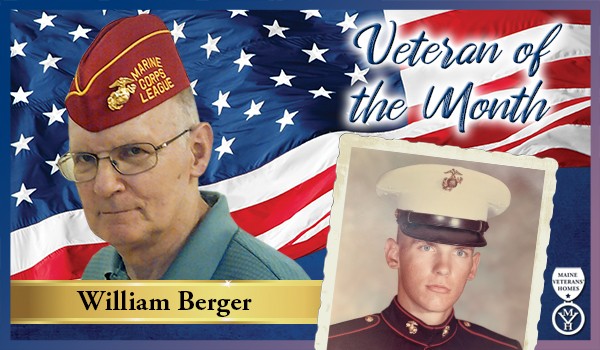 New Yorkers are a proud bunch and you can count William Berger among them. Born in Flushing to William and Dorothy Berger, he’s one of six children. He attended St. Aiden Catholic Elementary School in Williston Park, New York, and graduated from Herricks High School in New Hyde Park, New York.

Also, a hallmark of a loyal New Yorker is his choice of a sports team – he’s a Yankees fan through and through.

In 1970 Bill joined the Marine Corps Reserve and went to boot camp at Parris Island in South Carolina. While in the Reserve, he was a student at St. John’s University in Queens, where he studied political science. It happened to be a common field of study among reservists.

It turned out that the military was in his blood, and Bill spent 26 years in the service between the Marine Corps and the Reserve. Bill saw the world, including being stationed in Okinawa and the southern coast of Africa. Lieutenant Colonel Berger held different jobs throughout his time in the service, including infantry officer and logistics officer. He also felt privileged to take part in many trainings from Naval flight officer school to amphibious tactical air control, and more.

In 1973, in between school and the service, he married his wife, Beatrix, in New York, one week after being commissioned as an officer in the Marine Corps. They have two daughters, Heidi and Gabrielle. The family didn’t go overseas with Bill, but estimates they moved about 13 times throughout the U.S. during Bill’s career with the military.

Bill missed birthdays and graduations, but it was all in the name of supporting his country, and so the family took it in stride.

“He felt that he was doing good,” said his wife.

After Bill left the service in 1996, he was a government contractor doing logistics work in the Washington, D.C., area. In 2000, his career took another turn – he worked as a middle school special education teacher in Virginia for six years. Years earlier, Bill had done a tour with an infantry training school and found that he enjoyed teaching. Upon retirement, he knew he wanted to be a teacher, but didn’t have the qualifications, so he became certified to teach while working as a government contractor. He chose to teach special education because it was an area where the need was most great.

This allowed Bill to spend more time with his grandson, Jacob, whom he just adores. One of the pair’s most loved activities is to play soldier.

“Jacob and Bill would be outside in the snow, playing war or soldier, and Bill would come in with icicles hanging off him – he wouldn’t say no to Jacob or not go out because it was too cold,” Trixie said, laughing.

In his free time, Bill volunteered with St. Joseph’s in Bridgton, teaching religious education classes and helping with the parish food pantry.

Trixie said if there’s one thing about Bill that stands out, it is his profound work ethic.

“He’d go to work in the dark and come home in the dark,” she said, adding that if anyone needed help in any way, Bill would be the first to step up.

“He never bragged, though,” she said.

Many of Bill’s former students have kept in touch with him and Trixie throughout the years. He has even connected with former students who now work at Maine Veterans’ Homes - South Paris.

Bill loves Beatles music, oatmeal raisin cookies, and the Yankees. William Berger has been named Veteran of the Month at MVH South Paris. Thank you for your service, Bill.