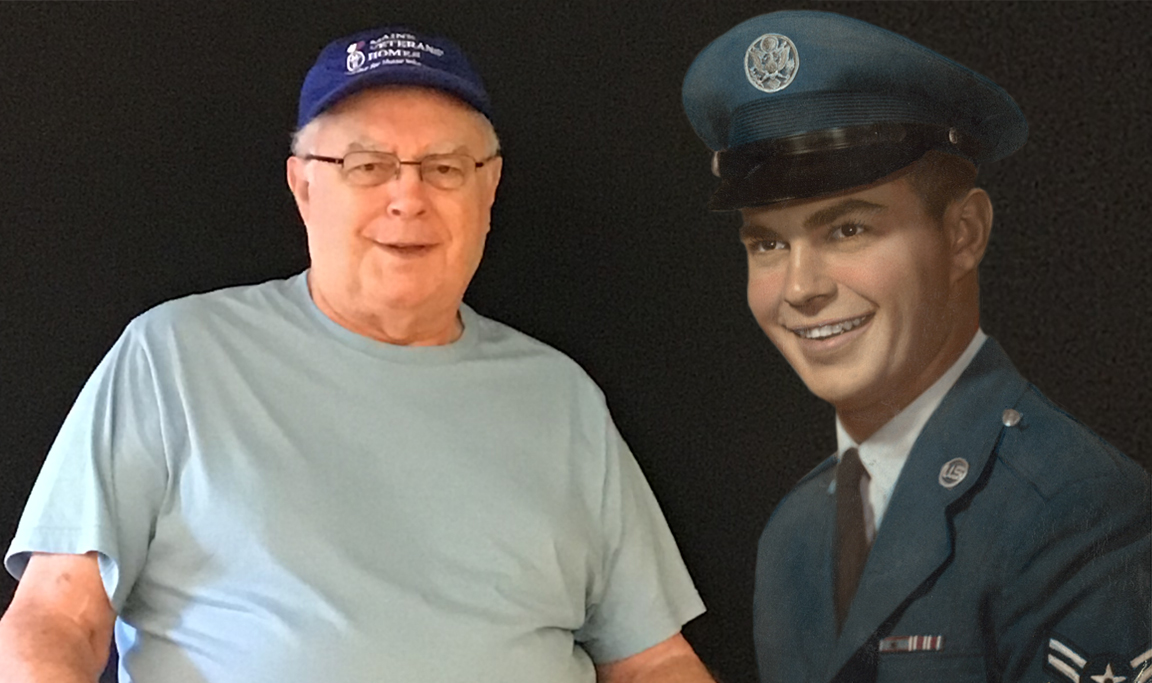 A Home Cooked Meal is the Way to This Veteran's Heart

Leland Mingo’s childhood sounds like the childhood of many others in Maine - his father worked at Oxford Paper Co. and his mother stayed home with Leland, his sisters and stepsisters. She was also extremely active in area civic organizations – The VFW, American Legion, County Council and more.

As the only boy in the family, Leland helped his father haul and chop wood from the family’s property in Dixfield.

“It was hard work but I didn’t complain too much,” he said.

“My father was a good gardener. We grew everything. The only thing we ever had to go to the store for was cleaning supplies. My mother would can enough food during the summer so that we didn’t have to go buy groceries. She fed five of us kids like that.”

What services are offered at MVH? >>>

While in his senior year of high school, Leland worked at a local filling station and then for Diamond National for about six months before entering into the service.

The year was 1962 and Leland suspected he may be drafted, so he enlisted in the Air Force. He attended boot camp at Lackland Air Force Base in San Antonio, Texas. He then started in tech school, but he didn’t like it, so he was transferred to Castle Air Force Base in Atwater, California, where he worked in the paint shop. The base was located on the edge of a walnut grove so on weekends, Leland and his buddies made extra money harvesting the nuts by hand. They very much appreciated the home-cooked meals supplied by the owner’s wife.

After four years in the service, Leland said he would have re-enlisted, but by that time, he had a wife and two children.

“I was homesick, plus she wanted me to come home,” he said, adding that they had met when he worked at Diamond National.

“She made the best spaghetti and meatballs,” he said.

When Leland’s time in the military was up, he came back home and worked in the shipping department for Diamond National and with his father hauling lumber as Leland did in his youth.

Leland and his wife went on to have five children. During his retirement, he credits seeing the country to one of his daughters who was working as an inspector for a national hotel chain.

“Every time she got a new assignment, I went on vacation,” he said. “We traveled across country.”

Now a resident at Maine Veterans’ Homes - South Paris, Mr. Mingo has been named Veteran of the Month for September. Thank you for your service, Leland.