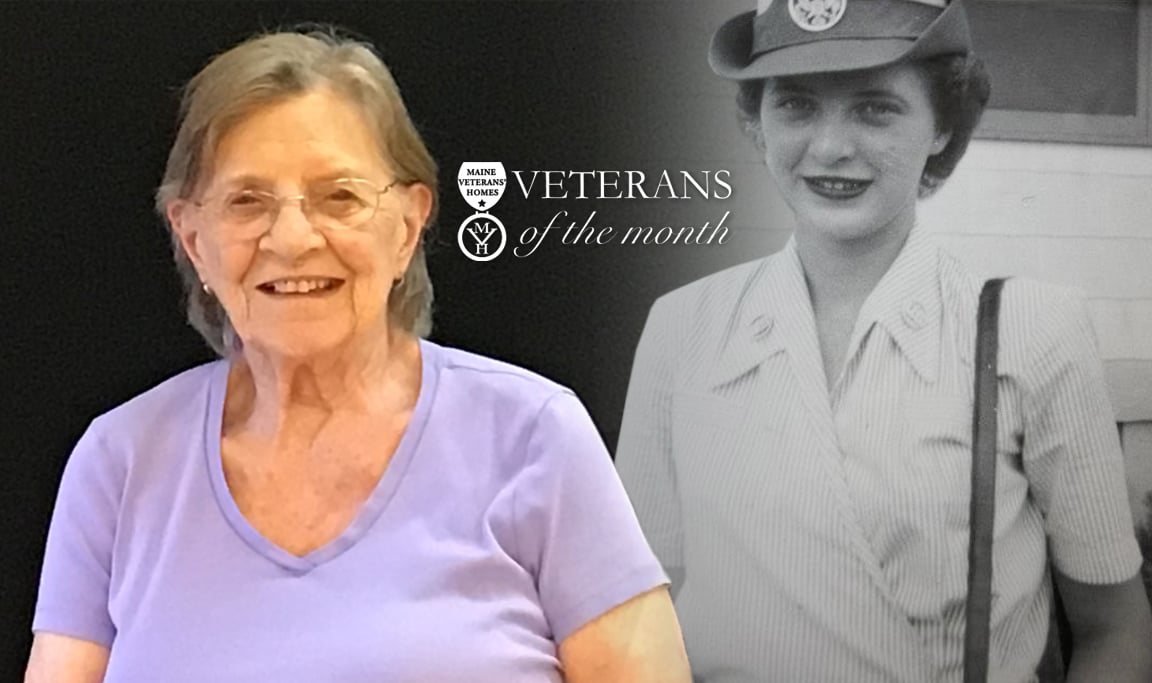 Nancy Hebert, the oldest of seven siblings, grew up in Saugus, Massachusetts, where she was often relied upon to help and care for her younger brothers and sisters. As a teenager, she also worked part-time in a drug store at the soda fountain.

Nancy’s youth was spent ice skating in winter and visiting the coast in Gloucester, Massachusetts, during summer. In high school, she practiced cheering for half a year, and as she was about to be added to the team, Nancy opted to get a job to help and support her family instead.

When she graduated from Saugus High School in 1952, Nancy wanted to go to nursing school at St. Elizabeth’s in Boston, but her parents couldn’t afford to send her. So, she decided to serve her country and enlisted in the Air Force.

Nancy completed basic training in Texas and was assigned to Hanscom Air Force Base in her home state, where she served as a secretary in air traffic control.

“I loved it,” she said. “I had many chances to fly. A lot of the pilots had to do training, so sometimes I went with them for fun. They were very nice people, like my own brothers. We’d fly around Boston Harbor and go around the lighthouse out there.”

Nancy spent three years in the military, and she even met her husband while serving. Joseph was a military police officer who worked the main gate, checking in fellow service people.

“Every time I’d go through, he’d find something wrong with me – my hat wasn’t on straight, my emblems weren’t on my collar. I got so mad at him that one day, I said that if he ever did this to me again, I’d report him,” Nancy said. “I was mad, and he could tell.”

“The next day, he was very nice to me. He apologized and asked me out.”

Nancy, however, declined the date.

Joseph continued to “pester,” Nancy, she said, and he insisted that he wanted to make up for his poor behavior. Nancy eventually accepted and said that by the end of dinner, it was love.

Nancy served three years in the Air Force, and when both she and Joseph were finished with their service, Joseph visited Saugus every weekend. “My father thought the world of him,” she said.

On his third weekend visit, Joseph gave Nancy a diamond. She was a little unsure at first, considering the fast courtship. However, before she knew it, her mother was making wedding plans. Nancy came from a large Italian/Irish family, and being the firstborn – a large wedding was in the works.

About 500 people attended the wedding, and a five-course meal was served. Nancy said she was embarrassed at the fanfare, and it made her nervous at first, but as soon as she walked down the aisle and saw Joseph standing there, looking so handsome, she was fine.

“He was the kindest, sweetest man in the world,” she said.

After the wedding, Joseph took his new bride to live in his hometown of Rumford, Maine. “I thought I was going to the end of the world,” she said, laughing. “The roads weren’t like they are now, and all I could see was trees for miles and miles.”

Nancy was greeted by the smell of Rumford’s paper mill, and she questioned what she had gotten herself into. As technology improved, so did the mill's smell, and Nancy enjoyed living in Rumford, close to Joseph’s family.

Nancy and Joseph raised four children, two boys, and two girls. Their youngest son went on to serve 22 years in the military.

Now a resident at Maine Veterans’ Homes - South Paris, Nancy Hebert has been named Veteran of the Month for October. Thank you for your service, Nancy.