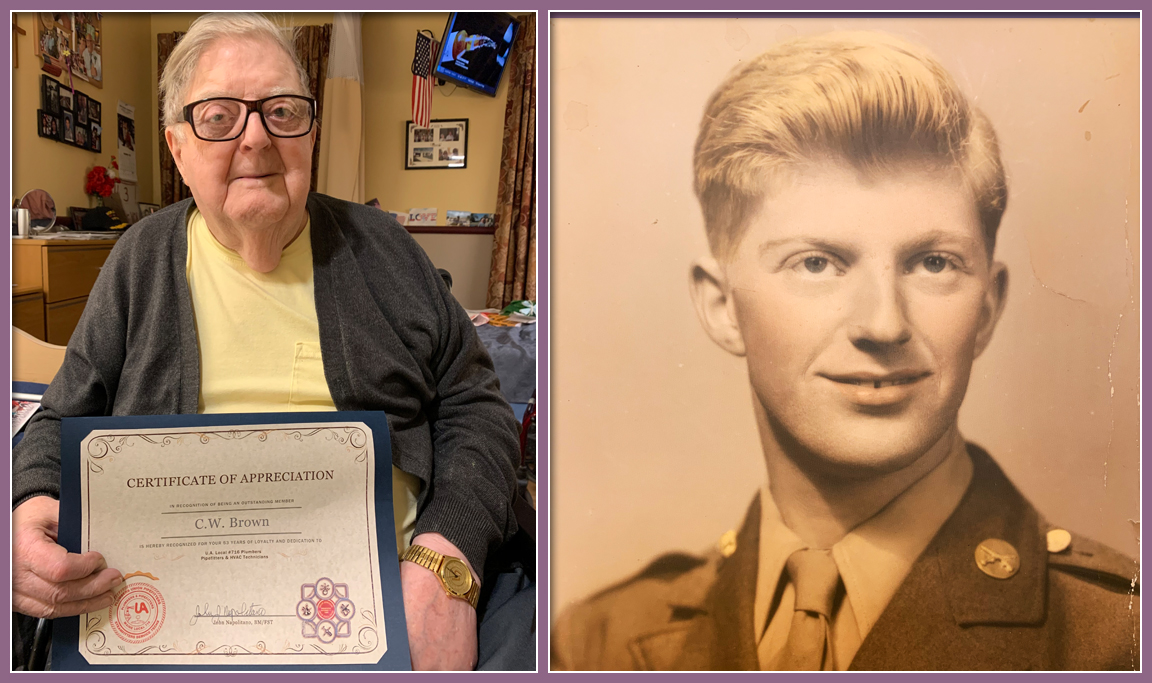 Army Serviceman is a Construction Worker 'Through and Through'

C.W. Brown, or “Brownie,” as his friends call him, was raised in the small Oxford County town of Waterford, Maine. When he was 16, he worked at the Waterford Creamery for $1 a day to help support himself and his mother. Eager to serve his country, he left high school his junior year in 1945 to enlist in the Army’s infantry reserve.

Brownie stands a little taller when he talks about serving in the Company B 18th Infantry 1st Division in World War II.

“I built five paper machines from scratch, and rebuilt many more paper machines that had been broken,” he said, adding that his main job was as an auto mechanic in Germany.

“I really enjoyed my time there. I didn’t have any patrol work or guard duty but don’t get me wrong, when we were told we could come home, I was so glad to be heading home,” remembers Brownie.

In 1947 Brownie left the military and came back home to Maine, where he flourished. His first job was at the Jay Paper Mill. He then went on to have a career in construction, plumbing, and carpentry, and is incredibly proud of his 50-plus years in the construction industry.

“I’m a construction worker through and through,” he said. 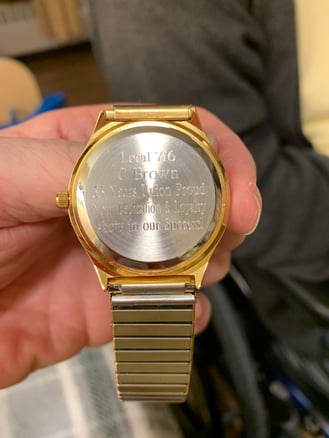 He’s a 53-year member of Plumbers & Pipefitters Union Local 716 and was incredibly honored to receive a gold watch in December that marked his membership with the organization. He is also proud to be a 75-year member of the American Legion.

He married shortly after his time in the military and raised three children: Melinda, Belinda, and Tom. He absolutely loves being a grandfather and has two grandchildren and three great-grandchildren.

In his free time, Brownie likes to restore antiques. He also loves politics, is a word search enthusiast, and is a talented artist – he uses watercolors to paint seascapes and landscapes.

Now a resident at Maine Veterans’ Homes - South Paris, C.W. Brown has been named Veteran of the Month for March.

“I love it here,” he says of MVH South Paris, giving a thumbs up. “I work with our staff, and they make life easy for everyone – the care is great.”

Thank you for your service, Brownie.