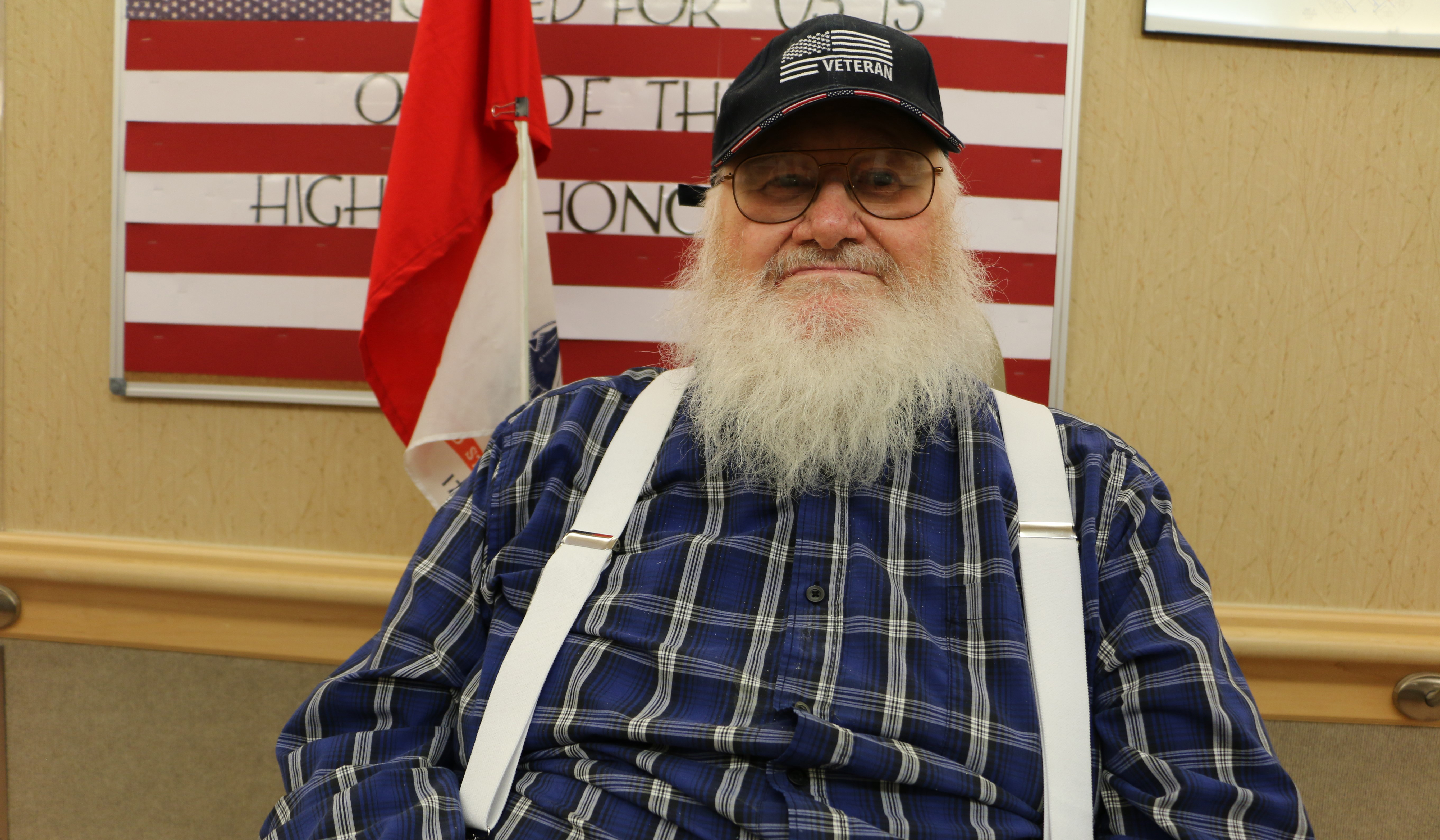 It was summer 1955 and while still in high school, Lawrence "Larry" Shover enlisted in the Army National Guard, where he worked locally as a wheel and tank mechanic. He had grown up on a dairy farm in Vermont and traveled to Maine a few years earlier to live with his mother and stepfather.

Not wanting to work in the mill in Rumford after graduating high school, Larry enlisted in the United States Army about a year later.

The First of Many Trainings

Shover attended basic training at Fort Dix, New Jersey, and was then sent to Fort 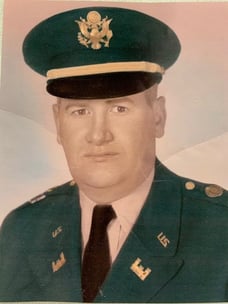 Leonard Wood in Missouri where he was trained as a heavy equipment operator. In January 1957, he was transported to Inchon Harbor, Korea, and while there, served as a combat engineer for the 7th Infantry Division, 13th Engineer Battalion Combat A Company.

“I was out in the middle of the Pacific Ocean and it was my first Christmas away from home,” he said. “First New Year’s, too.”

While stationed in Korea for 16 months, Shover plowed roads and rifle ranges using trucks and bulldozers. In 1958, he was drafted into the 2nd Ranger Battalion, 2nd Ranger Company.

“The Rangers decided they needed my talents,” he said.

Shover was sent to an engineer platoon that the Military Occupational Specialty Division (MOS) had in the Chattahoochee National Forest. He was discharged in July 1959 but a little over a year later, he re-enlisted in the National Guard. In 1962, Larry was sent to the Maine Military Academy at Camp Keyes in Augusta for Officer Candidate School training for a year, then on to the United States Army Primary Helicopter School. He then trained at the United States Army Engineer School and was commissioned as a Second Lieutenant in the Maine Army National Guard.

Shover was called back to active duty in August 1967 as a 1331 Combat Engineer Officer and sent to Fort Knox in Kentucky to serve as a Basic Training Company Commander.

“I went through about nine cycles of trainees. It was a very rewarding job,” he said.

A Tour in Vietnam

In May 1968, he was sent to Vietnam in the E Company, 26th Engineer Battalion as 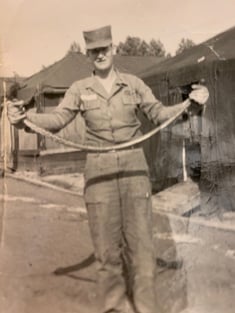 Company Commander. He was part of a group of combat engineers who built panel and float bridges.

“Charlie loved to put holes in those pontoons. Every morning I’d go out there and patch them,” Shover recalled, adding that his tour of duty lasted 12 months. He kept track of his time in Vietnam by counting the 365 malaria pills that were issued by the military. Upon completion of his tour of duty in Vietnam, he was sent to Kitzen, Germany, as an administrative officer for the 3rd Infantry Division 10th Engineer Battalion.

Shover then served in the National Guard as an E5 Sergeant of the Engineer Platoon Delta Co. 262 Combat Engineers in Norway, Maine. He was also the demolition explosives instructor.

“Nobody wanted the job. I’d been around explosives enough that I wasn’t afraid of it,” he said.

Military Career Comes to an End

“I didn’t think anything of all that. I just felt that I had done the job.”

Because of Shover’s extensive training in the military, his career took him many places. He worked in a Rumford paper mill for many years, was a Maine State Fire Service instructor and retired as captain from the Mexico Fire Department after serving for 37 years, in addition to receiving a Firefighter of the Year Award. Shover was also a Past Master for the Blazing Star Lodge for 50 years, Shriner for 40 years, long time member and former president of the Western Maine Firefighting Association and continues to be an active member of the VFW and Legion in Rumford.

In September 2019, Shover was Grand Marshal for the Maine State Federation of Fire Fighters 56th annual convention. It was a moment that brought him much pride.

Now a resident at Maine Veterans’ Homes - South Paris, he recounts how sick he was when he arrived at MVH.

"It was a long haul, but with great care, I got better." 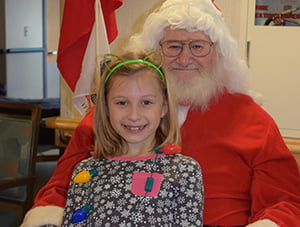 He enjoys reading on his iPad, researching military history, playing Santa at Christmastime, going on outings and he especially enjoys conversation with staff, volunteers and fellow Veterans.

Shover is Veteran of the Month for February at MVH South Paris. Thank you for your service, Larry.

The excellent care offered at all six Maine Veterans’ Homes locations made a world of difference when it came to Larry’s health. Veterans, their spouses and Gold Star parents are eligible for residence at MVH; to learn more download our free Eligibility Guide >>>