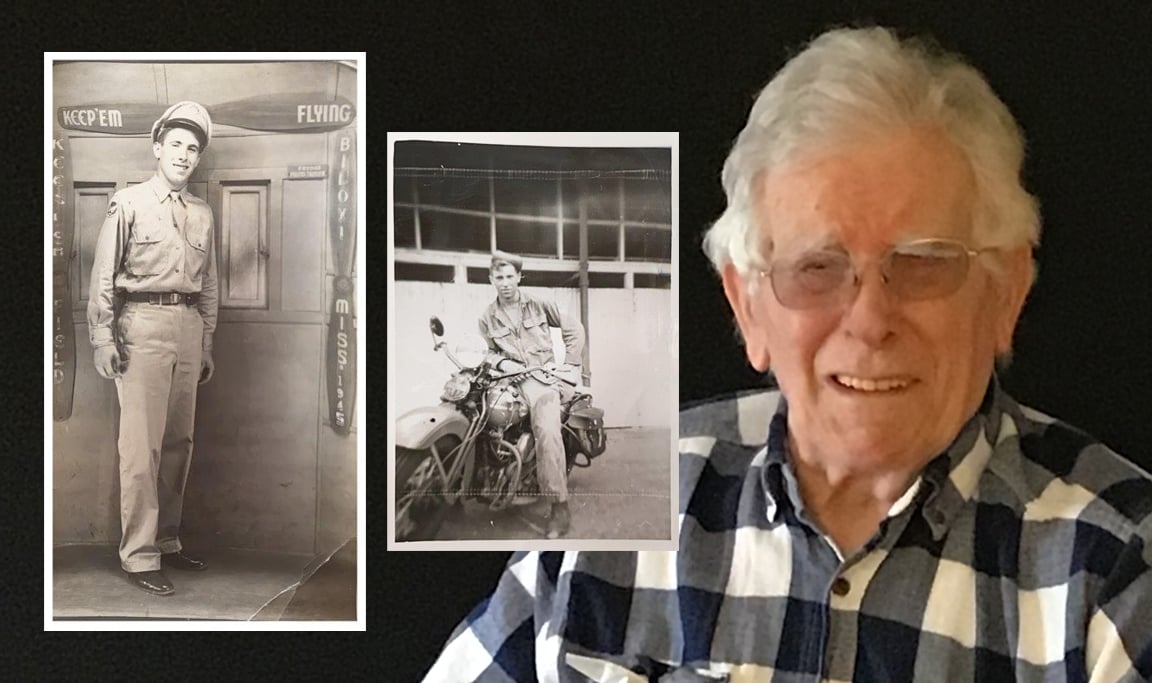 Growing up in Norway, Maine, Lawrence White spent much of his free time helping his father on the family farm. It was his job to do the haying with the farm’s horses, Jerry and Major, though “job” may not be quite the right way to describe it.

In 1944, Larry was inspired to sign up for the Army during his senior year at Norway High School after a friend decided to join the Marines. He trained in Biloxi, Mississippi, and then worked as an auto mechanic in Panama.

When Larry left the Army, he became the proud owner of a Harley Davidson motorcycle, which he enjoyed riding and tinkering with.

Larry wasn’t one to stay still. When he left the military after two years of service, he hauled brand new Ford cars – four to a truck – throughout the 1950s. During the ’60s, Larry spent some time with Sanborn Map Company when it operated out of Oxford, but looking at highways and side roads just didn’t cut it for Larry, he wanted to be traveling them.

He picked up where he left off hauling cars, but this time he had his own long distance rig that he operated throughout the 1970s and 1980s.

Soaring Through the Air

Traveling by vehicle on land wasn’t the only way in which Larry liked to get from one place to another: He also flew a Piper Cub plane privately as a hobby. The type of plane Larry flew was built between 1938 and 1947 and built by Piper Aircraft. It had a simple, light weight design, which gave it good, low speed handling properties and short-field performance.

Larry kept his Piper Cub at a private airstrip in Norway. He also rented planes over the years for the sheer joy if it, and flew some of the four planes his son, Bruce, has owned over the years.

Now a resident at Maine Veterans’ Homes - South Paris, Lawrence White has been named Veteran of the Month for December. Thank you for your service, Lawrence.