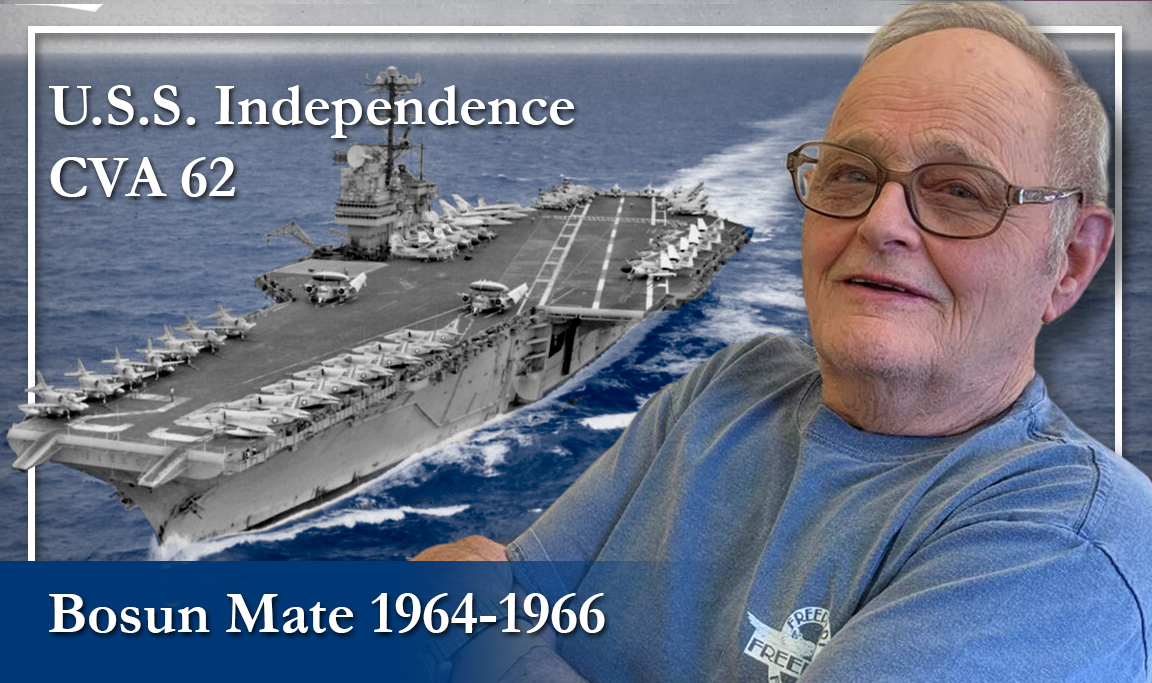 From Rumford to Vietnam and Back Home Again

Norman West grew up on his parent’s dairy farm in Rumford where a hard day’s work was just a normal part of life for him and his two siblings, Janet and Ray.

Norman enlisted in the U.S. Navy on Jan. 7, 1964, during the Vietnam War. He attended basic training at the Navy’s only boot camp in North Chicago, Illinois, Naval Station Great Lakes. In less than a month, Norm was on his way overseas aboard the aircraft carrier, U.S.S. Independence CVA 62 as a bosun mate. He found himself in the Norwegian Sea and off the coast of France participating in NATO teamwork exercises, including close air support to Turkish paratroops, reconnaissance, communications and convoy strike support.

Norm and the Independence Go to Vietnam

In 1965, the carrier deployed off the coast of Vietnam where more than 7,000 aircraft launched all throughout all hours of the day and night; it was the fifth U.S. carrier to operate off the coast of Vietnam. A year later, Norm and his crewmates on the Independence would participate in “Operation Strikex” with the Sixth Fleet departing to European operations. Norman’s time on the carrier would end with unit and NATO exercises. He spent nearly three years overseas until his honorable discharge from the Navy on Dec. 23, 1966. Norm received a National Defense Service Medal, Vietnam Service Medal and Navy Unit Commendation for his service.

Upon his discharge from the military, Norman returned home to Rumford to work on his family’s farm. He later went on to work at the Dixfield Sawmill for 25 years until his retirement.

Now a resident at Maine Veterans’ Homes - South Paris, Norman West has been named Veteran of the Month for May. Thank you for your service, Norman.

Maine Veterans' Homes is an independent nonprofit organization that cares for Veterans, their spouses and Gold Star parents. Veterans of all branches of the service are eligible for residence whether they served two years, like Bill or an entire career. Download our free Eligibility Guide >>>