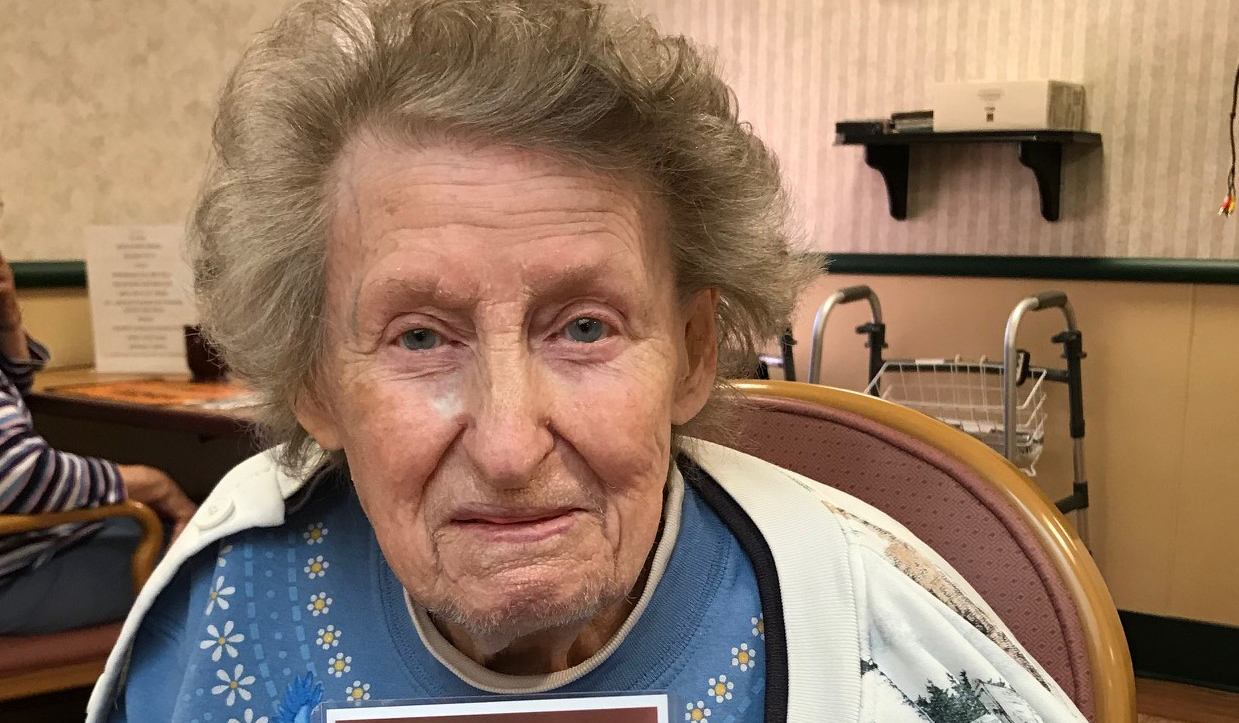 Pauline Adams was born in Fitchburg, Massachusetts, to Charles and Hilda York on Sept. 14, 1923.

Growing up, Pauline enjoyed playing the violin and attended Fitchburg Conservatory. A story Pauline likes to recount is that one day she had taken a shortcut to the Conservatory and was attacked by a dog. She used her new violin to successfully fend the dog off - but destroying the violin in the process. She returned home to tell her father what she had done and ultimately received a new one, never taking that shortcut again.

The York family moved to the North Waterford area of Maine so her father could pursue a job to support the family. Pauline will never forget her first performance in Maine; the metal G string of the violin broke and hit her in the nose! She needed to excuse herself to repair the violin so the “show could go on,” she says with a laugh.

Pauline graduated high school and attended Farmington State Teachers College, where she earned her Bachelor’s degree. She went on to teach sixth grade in the Rangeley area.

Pauline Steps Up For Her Country

At the age of 21, Pauline decided to enlist in the United States Navy. Her decision to enlist was inspired by 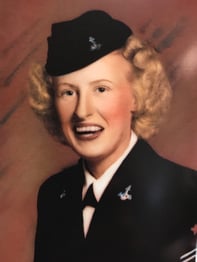 her father’s desire to serve his country, which he couldn’t do because of his age. Pauline wanted to make her father proud, so she enlisted on May 25, 1945; she began active service about a month later on June 28, 1945.

She trained at the Great Lakes Naval Hospital & Training Center in Great Lakes, Illinois, where she earned the title of Hospital Apprentice First Class. She received additional training at the United States Naval Training School in the Bronx, New York, and the United States Naval Base in Boston, Massachusetts. She served at the United State Naval Hospital in Chelsea, Massachusetts, where she worked on a medical ward for five months and a surgical, clinical and emergency room for four months. She was honorably discharged on June 29, 1946.

Pauline became a librarian and worked for Norway Memorial Library. As time went on, Pauline went to work at the Porteous, Mitchell and Braun Department Store on Congress Street in Portland. She was credited with being a top-notch salesperson in the sporting goods department and won many sales contests. Pauline, being the caring, nurturing mother, teacher and hospital apprentice, gave away many of her winnings that ranged from new gear to free trips.

Pauline is an avid reader. When she isn’t reading, she enjoys listening to music, especially country and western and big band. She also loves to play bingo. You may even see her at the shooting range hanging with “the boys,” as she calls them.

Pauline likes to bird-watch year-round; the cardinal is her favorite. She also loves to reminisce about her military experience, especially the time she jumped out of an airplane. She is proud that she was the only member of WAVE (Women Accepted for Volunteer Emergency Service) on her plane brave enough to jump when it came time.

Pauline is a resident at Maine Veterans’ Homes - South Paris and its November Veteran of the Month. Thank you for your service, Pauline. 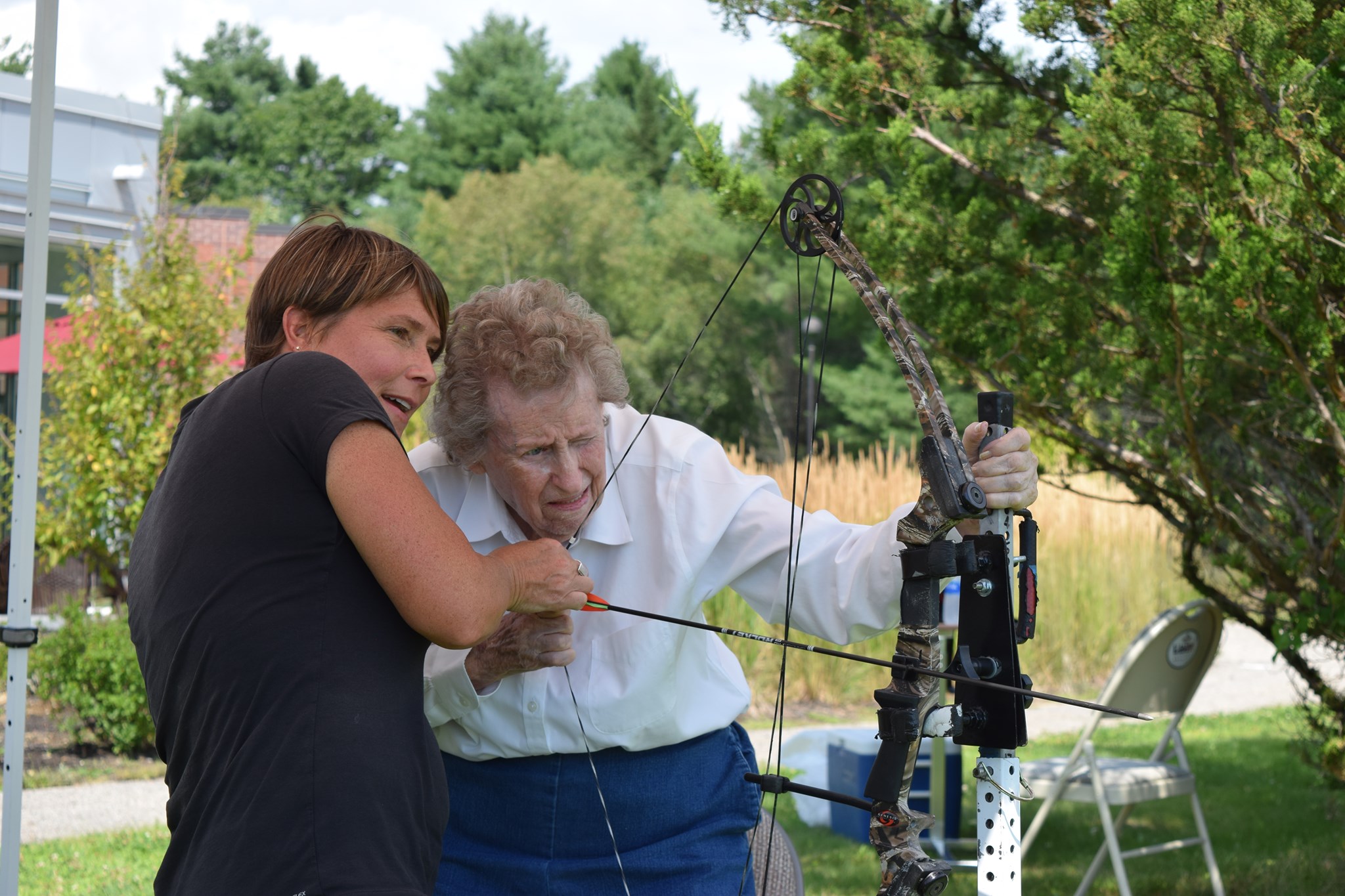 Maine Veterans' Homes - South Paris offers a place for Veterans and their families where excellent care meets a home-like environment. Its staff are credited with offering individual-centered care and the home is consistently rated highly by its residents.