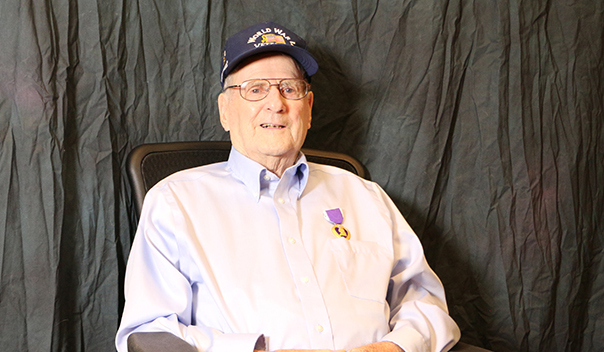 Most Americans know D-Day as one of our great historical events and only know it portrayed through history books, films and novels.

For Eastport native Hollis Matthews, memories of D-Day are very real and personal.

On June 6, 1944, as part of the massive Allied Armada, Hollis was a radio operator on LCT (Landing Craft Tank) 777, headed for Utah Beach on the Normandy coast. LCT 777 never made it to the beachhead, however. It hit and was destroyed by a German mine, one of 24 LCTs that were sunk during the invasion.

Veteran Knew 'Something Big' Was in Works

Hollis was born Feb. 16, 1925, and grew up in Eastport, where his family roots are long and deep. He was drafted into the Navy in 1943 after graduating from Shead High School and working for a year in Massachusetts. Following basic training, Hollis was trained as an electrician and soon shipped off to England to join 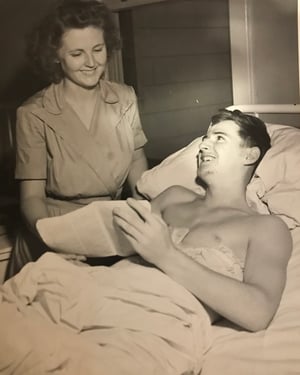 the Allied military buildup for D-Day. He was assigned to an LCT crew and took part in Operation Tiger, the practice run for the invasion. Based on that operation, he knew that something very big was in the works.

“We didn’t know any details about an invasion, but we had a damn good idea of what was going on,” Hollis remembers.

D-Day had been set for June 5, but a storm forced the invasion to be postponed to the following day. “The waters were still rough on June 6 when we set out,” Hollis says. In addition to rough seas, Hollis had the added burden of performing a job for which he’d received no training.

“Yes, I’d been trained as an electrician, but I was assigned as the radio operator to LCT 777. I’d had no training at all for that," he said.

As LCT 777 approached the Normandy coast, it hit a German mine. Hollis remembers the exact time: 10:22 a.m. The blast threw him and most of his shipmates into the English Channel.

“It happened so fast; I was just thrown into the water,” Hollis remembers.

Hollis was rescued by another ship. Sadly, five LCT 777 crewmates were not as fortunate, joining the list of almost 4,500 Allied D-Day deaths.

Hollis was brought to a hospital in England. He had a broken leg and after eight weeks spent in a cast, he was sent on a ship to a hospital in South Carolina. There were complications in his recovery and he ended up spending almost a year and a half in military hospitals.

Hollis was discharged in December 1945 in Springfield, Massachusetts, as a Naval Fireman First Class. He returned to his native Eastport and soon began a long career as a U.S. customs officer. Hollis has two sons, Michael and Eugene.

Hollis is a resident of Maine Veterans’ Homes - Bangor and is its November Veteran of the Month. Thank you for your service, Hollis.

Maine Veterans' Homes - Bangor and its five other locations throughout the state care for the various needs of our American heroes, our Veterans. From skilled care and assisted living to memory care and therapy needs, we may be the place for you or your loved one.

Learn more about MVH - Bangor by downloading a free brochure. You'll also get a checklist with 20 questions to help you choose the right senior living option.