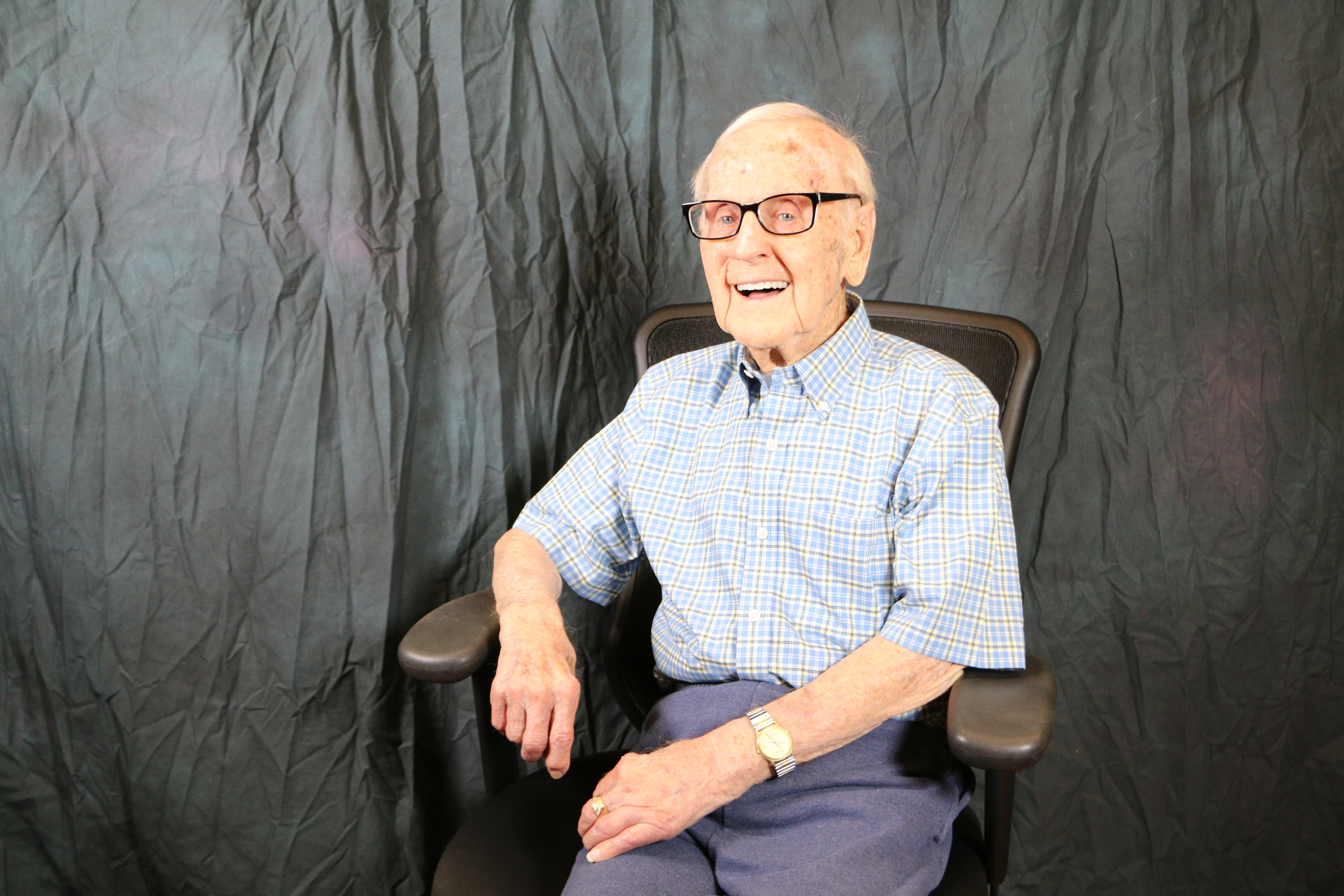 Elmer William “Skip” Plummer was born in Bangor on April 6, 1917, just days after the United States had declared war with Germany.

At the age of 26, on Jan. 18, 1944, Skip was drafted into the Navy in support of World War II. Already a young family man, Skip had married his friend, Evangeline Matthews, in 1937. While their time together was put on hold during his service, their love endured.

Skip still credits her love and support to his great health and feeling like he is a mere 75 years old, when in reality, he turned 102 earlier this year.

Serving in the Navy

Skip completed basic training in New York before being briefly stationed in Norfolk, Virginia. He spent the majority of his service at a joint Army and Navy base in Little Creek, Virginia where he serviced military vehicles and was responsible for signing them in and out to the service members on base.

He was honorably discharged on Jan. 16, 1946, and returned to Maine and to his Evangeline.

Sign up for our Heroes Calendar for more Veteran stories >>>

After Service in World War II

Back in Maine, Skip went to work with American Gear and Auto Parts. He drove a truck for them for two years and worked his way up the ladder to be named general manager – quite the feat, he recalls, as he only completed two years at Bangor High School.

One of Skip’s most loved hobbies is carpentry. In fact, he built a camp on Lucerne Lake, and his home in Brewer.

Skip is a resident of Maine Veterans’ Homes - Bangor and its August Veteran of the Month. He is very involved in a number of activities our staff and volunteers put on for our residents. Thank you for your service, Skip.

To learn more about becoming a resident at Maine Veterans' Homes, download our free Eligibility Guide and application.