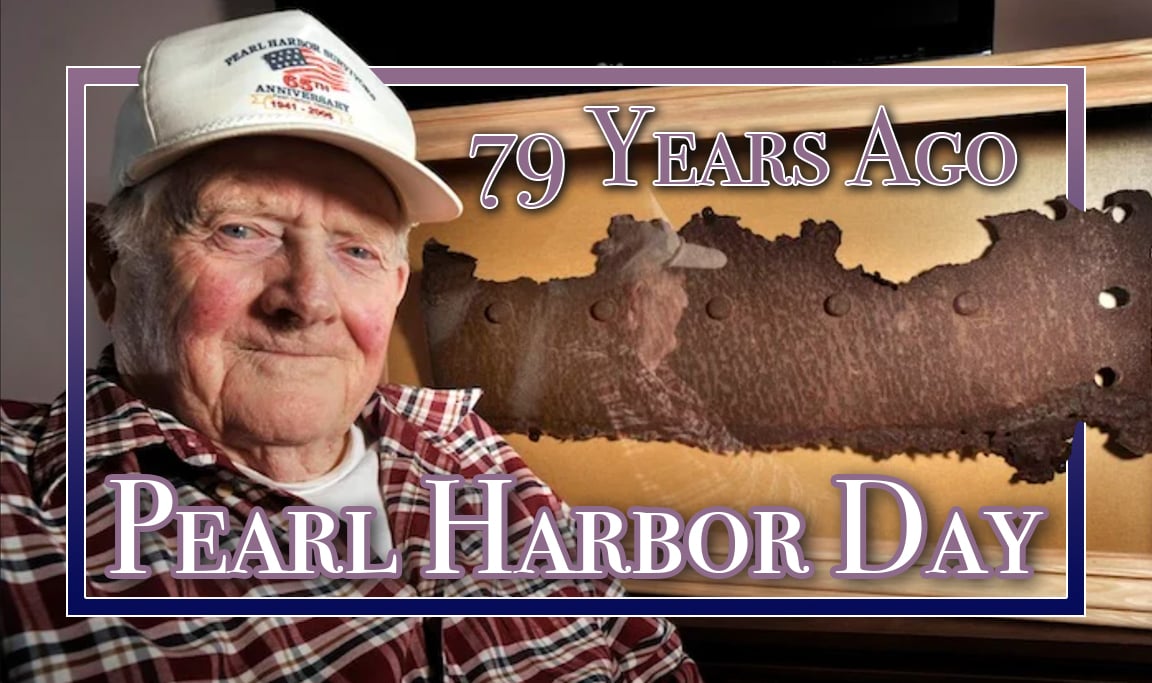 It was the morning of Dec. 7, 1941, when the history of the United States changed forever: Japan launched a brutal attack on Pearl Harbor in the waters of Hawaii that left the island devastated and marked our entry into World War II.

Decades later, Maine Veterans’ Homes - South Paris would have more than one connection to that infamous day.

The Japanese killed 2,403 U.S. service members and civilians and destroyed or 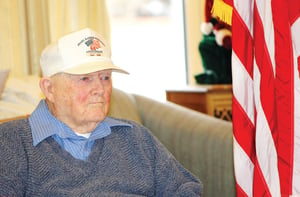 damaged 19 Navy ships. Among them was the USS Arizona. It was hit four times, and many of the crew were on deck for the daily flag-raising ceremony; 1,177 crew members from the Arizona lost their lives that day.

In 2012, Maine Veterans’ Homes - South Paris was honored to receive a sacred relic from the battleship, a portion of its aft deckhouse.

Portions of the ship like the one now at MVH South Paris,  laid on Navy property in Oahu for 31 years before Congress authorized the distribution of pieces of it to nonprofit Veteran operations, and educational organizations.

Staff at MVH South Paris rallied to obtain a piece of this American military history and secured it with the help of former Sen. Olympia Snowe.

A letter from a Navy historian is displayed with the relic in the main hallway of the Home, and in part, reads: “The Navy values the continued support and special relationships it has with veteran’s organizations, to include the survivors of the USS Arizona and the Attack on Pearl Harbor.”

Administrator Brad Peck said he and the Home's staff are honored to have a piece of the ship at MVH South Paris.

"It represents the sacrifices many of our young American men and women made during the Second World War, fighting the forces of fascism and in support of the freedoms our democracy provides today," he said.  "To be able to house such a piece of history within the Home is something the staff and residents of the Home feel extremely proud of, and visitors have always taken time to view and appreciate it."

he served in Pearl Harbor. According to area newspaper articles, Bert’s personal mission was to recount the attack to Maine schoolchildren and he was even featured in a piece by National Geographic, “Pearl Harbor: Legacy of Attack.”

While nightmares about Pearl Harbor plagued Bert for decades, he continued to educate the community about the attack, and after his death, his wife stepped in at local ceremonies in his place. Bert was the last active member in Maine of the Pearl Harbor Survivors Association before he passed away in 2013 at 95 years old.

Maine Veterans’ Homes is a nonprofit organization whose mission, “caring for those who served,” is at the forefront of all that we do. We operate six homes throughout the state where we care for Veterans, their spouses and Gold Star parents. We opened our first home in Augusta and 1983 and went on to open locations in Bangor, Caribou, Machias, Scarborough and South Paris. We believe it’s a privilege and our responsibility to provide care and support for those who honorably served our country.  Learn more >>>